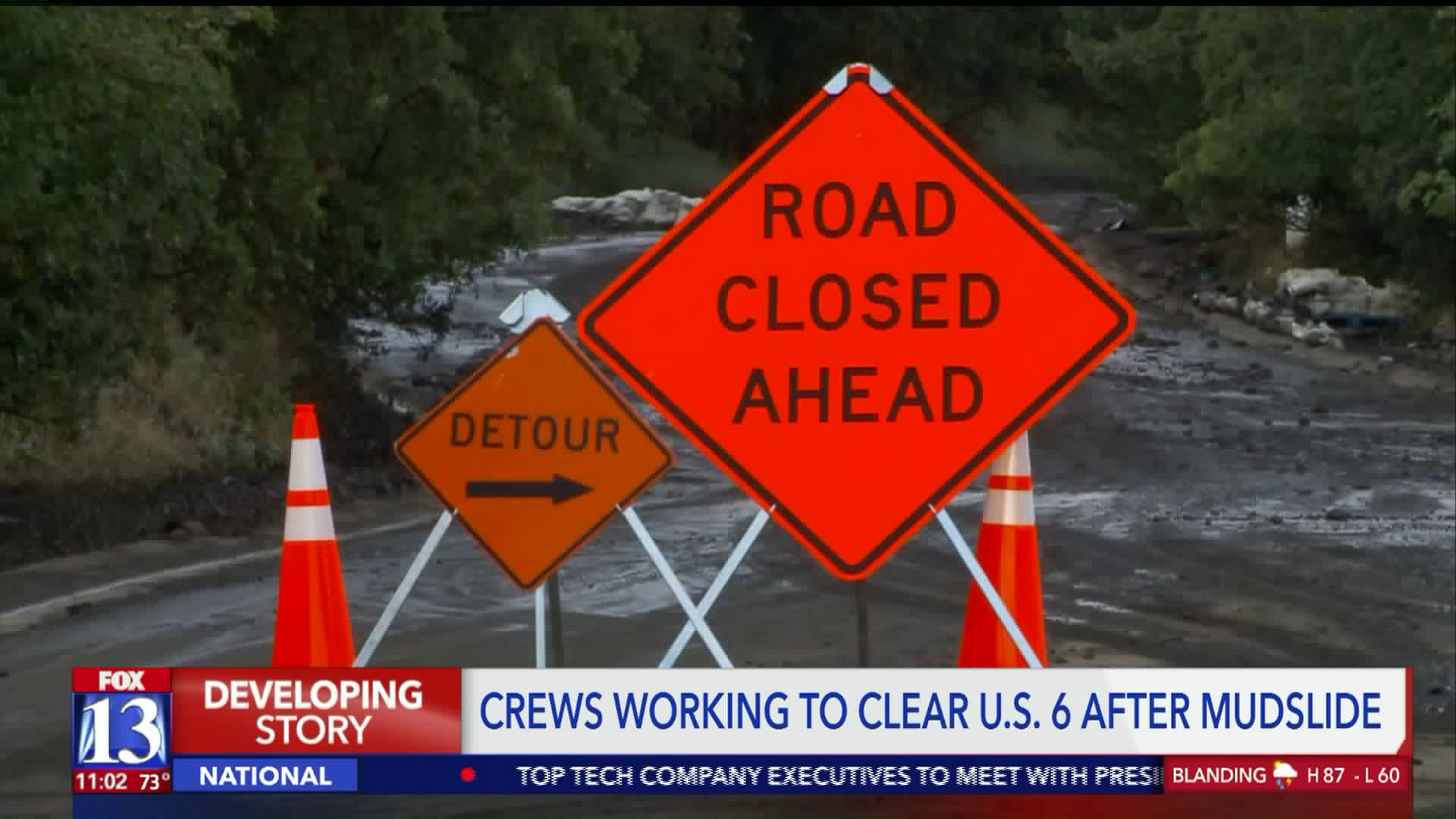 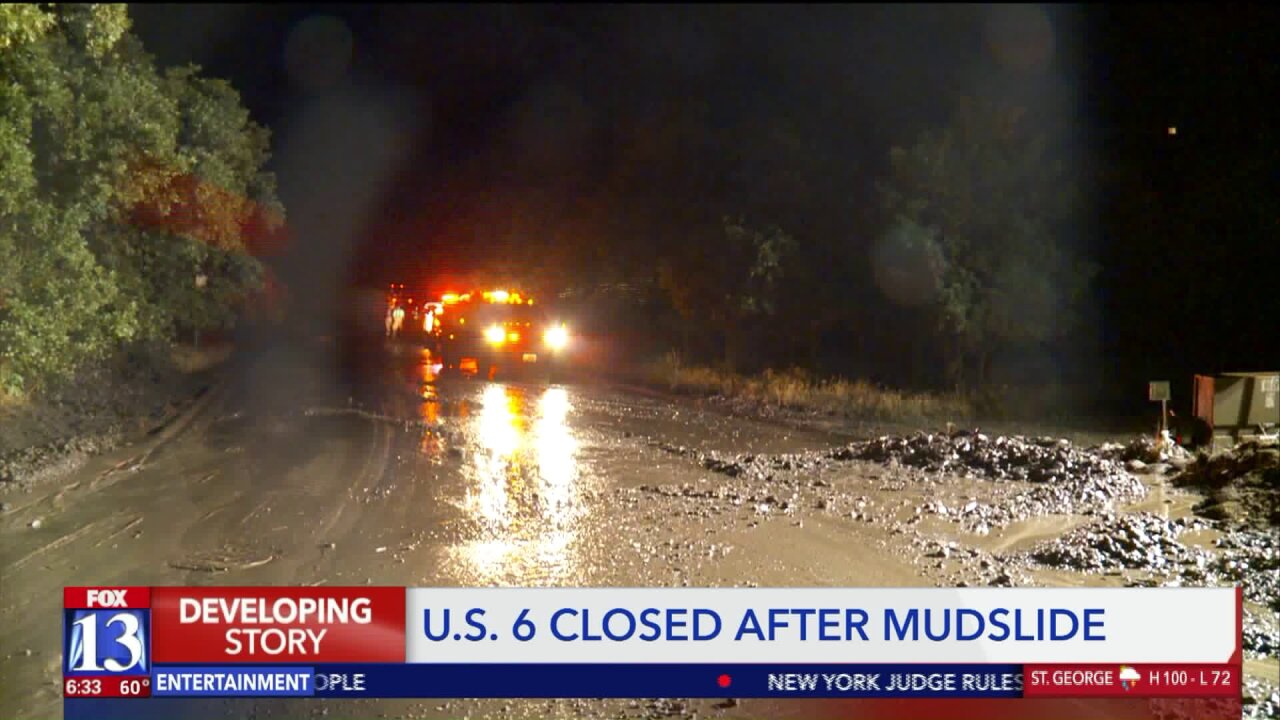 UPDATE: U.S. Highway 6 has been reopened.

ELK RIDGE, Utah — Residents near Loafer Canyon have been allowed back into their homes, but U.S. 6 in Spanish Fork Canyon remains closed Friday morning after a mudslide.

Utah Highway Patrol stated shortly before 11 a.m. they expect the road to remain closed until about 6 p.m. Friday.

There are no reports of injuries and no information on property damage in Loafer Canyon, according to Sgt. Spencer Cannon with the Utah County Sheriff's Office.

Residents in Elkridge are back home Friday morning after flooding in nearby Loafer Canyon prompted evacuations Thursday night.

"We walked up the canyon, and it was just running a little bit, didn't look like it was going to be too bad," said Brandon Fry, a resident impacted by the flooding. "And then we had a couple vehicles that were up further racing down and said 'Get out of here, it's not good,'and then you could just hear it coming down the canyon."

Cleanup efforts are underway in the area Friday morning and officials ask people to avoid the area unless they live in the vicinity.

They also encourage residents to be aware of future weather warnings and to prepare for possible flooding.