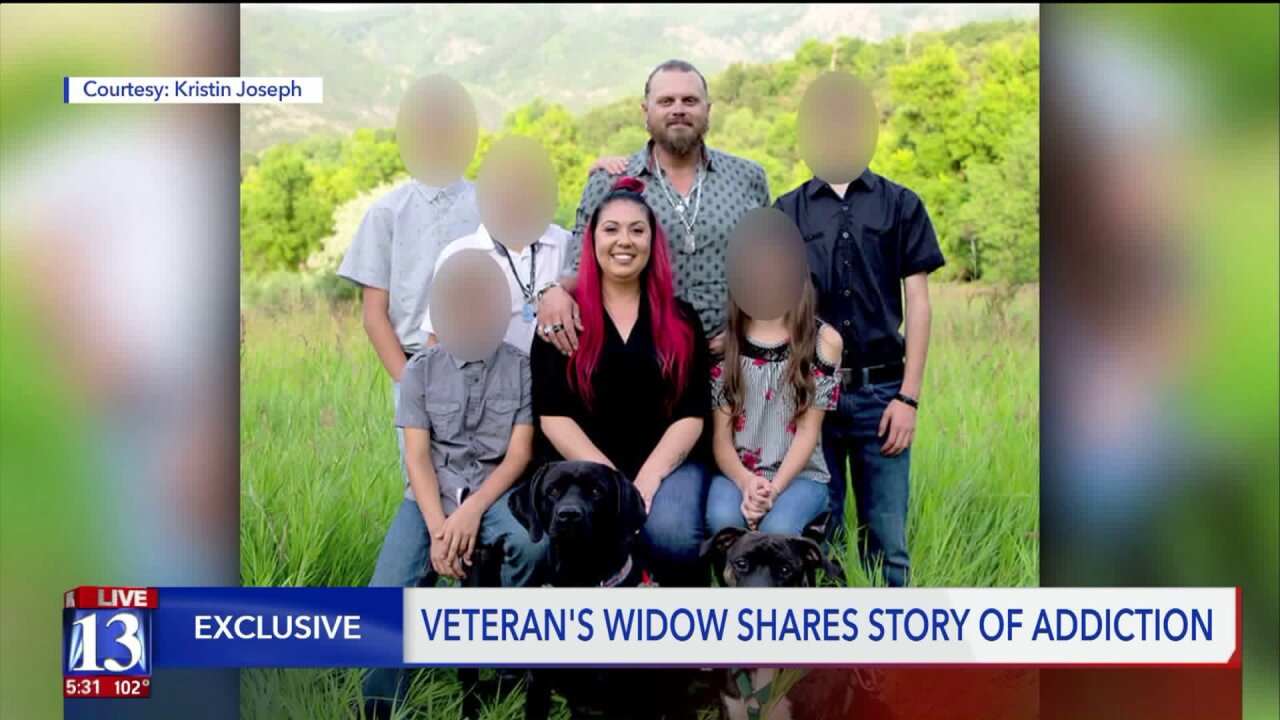 CLEARFIELD, Utah — Less than a week after a man was killed by police in Roy, the widow of the 37-year-old veteran shares his story to help others suffering from addiction.

Donald “D” Lee Joseph was shot and killed by police inside Tanner Clinic in Roy after he stole prescription drugs and came after officers with a knife, Ogden Police say.

His wife Kristin Joseph told Fox 13 News he was a good man with a pain pill addiction.

The Josephs took family photos last month celebrating the adoption of their two nephews and one niece.

“He had that tough exterior, but once you got to know him, he would do anything for you,” Kristin said.

Kristin and “D” married last year and just moved into a new house. Everything seemed to be going right, but her husband suffered an internal battle.

“He would never admit he was an addict. [He would say] ‘I need these pills, my body hurts’,” she said.

He didn’t talk much about his 4-year service in the US Army other than he was one of two survivors of a roadside bomb. He had 20 surgeries in 12 years to heal several injuries. Over the last year, Kristin said, he became dependent on pain medications.

“I really do believe that his intention was not to come home that night,” Kristin said, holding his dog tags and wedding ring that he left behind.

A woman cleaning the clinic hid in a back room and called police. Officers first shot less-lethal beanbag rounds at him. He later charged officers holding a knife and was shot.

Kristin said “D” struggled with PTSD and was likely suicidal. She forgives the officers who killed her husband.

For those who love someone with an addiction, she offers this advice:

“You’ve got to get that help. You gotta reach out to them. You have to get through to them somehow…Don’t be afraid to hurt their feelings because they will love you in the long run.”

A GoFundMe has already raised more than $7,400 for Joseph’s funeral.

A celebration of life will be held later this week by his family.