Four injured during fireworks display at finale of ‘Roy Days’ 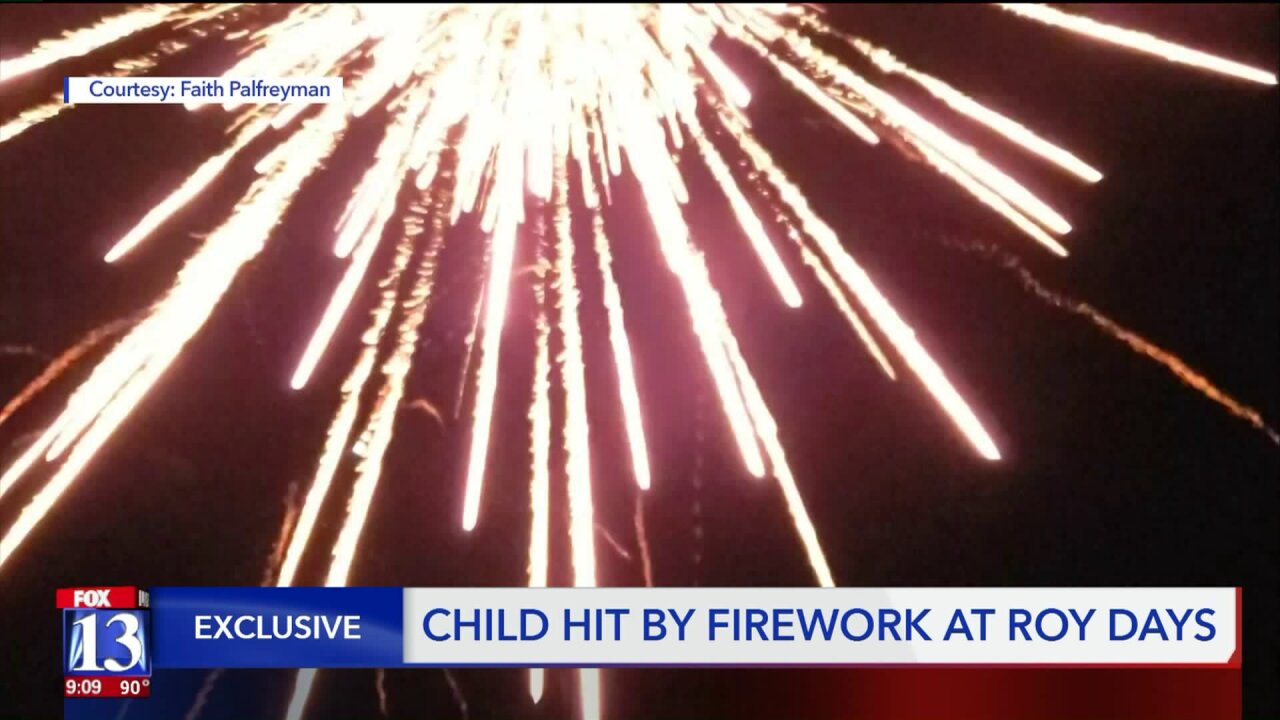 The winds pushed some fireworks out of what is called the "fall zone" and into the crowd seated on the west side.

Four people were treated for minor burns, Chief Comeau said, but no one was transported to a hospital.

At that time, the decision was made to stop the rest of the fireworks display out of concern for the safety of the public.

A family of four was injured at the annual event in Roy in 2014 when a firework landed in their backyard.