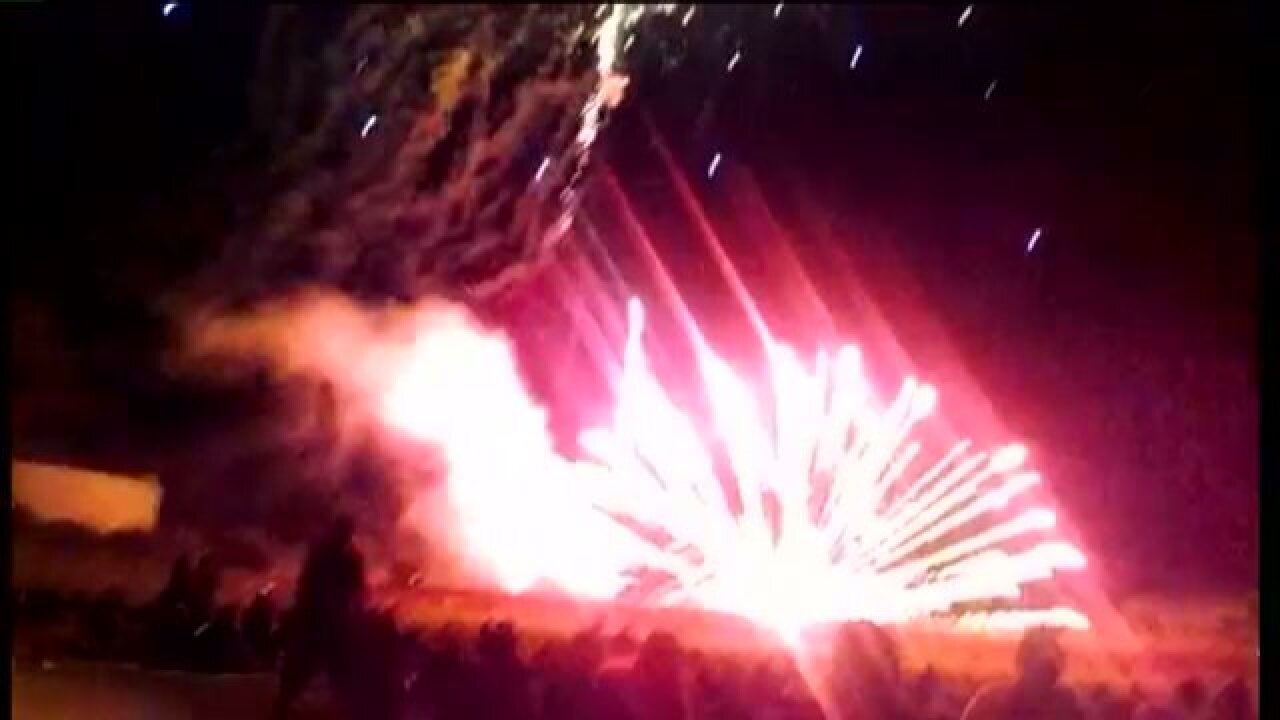 ROY, Utah -- As Roy's annual fireworks show lit up the sky on Saturday night, the Richardson family watched from below, first in awe and then in terror.

"My brother, who is sitting where Kylie Ann is, yelled at us to run, and nobody really knew what was going on,” said Nikki Richardson, who was watching the show from her family’s backyard.

They live just a few hundred feet from Roy City West Park, where the event was being held to commemorate the end of the annual Roy Days festival.

As Richardson and her daughter, Kylie Ann, sat down to see the grand finale of the display, a stray firework landed just outside the backyard.

“Then there was a big red flash,” Richardson said. “And I could hear the singing of it just before it exploded.”

According to family, everyone outside took the brunt of the impact.

“I thought it was bomb. I honestly didn’t know it was a firework until afterward,” said relative, Lisa Ward.

While the injuries were minor, some of the children suffered burns.

One of the children had second-degree burns, but was in good condition as of Monday evening.

FOX13 tried to speak with the company behind the show, Fireworks West Internationale, but did not receive any comment.

On Saturday, Chief Jason Poulsen of Roy Fire Department said the malfunctioning firework was one the company typically has no problem with during their events.

"The peanut loading shell is a legal load. It's all approved for the shooters and the pyrotechnics,” Poulsen said.

The incident was likely caused, according to Poulsen, by a faulty shell that did not ignite properly. When it did not fully deploy, Poulsen explained the one below it launched and ricocheted off of it, sending the firework dangerously close to the crowd.

“We had a couple small incidents,” he said. “No injuries.”

Fireworks West Internationale is planning to pull the shell from its shelves to avoid future problems, according to Pouslen.