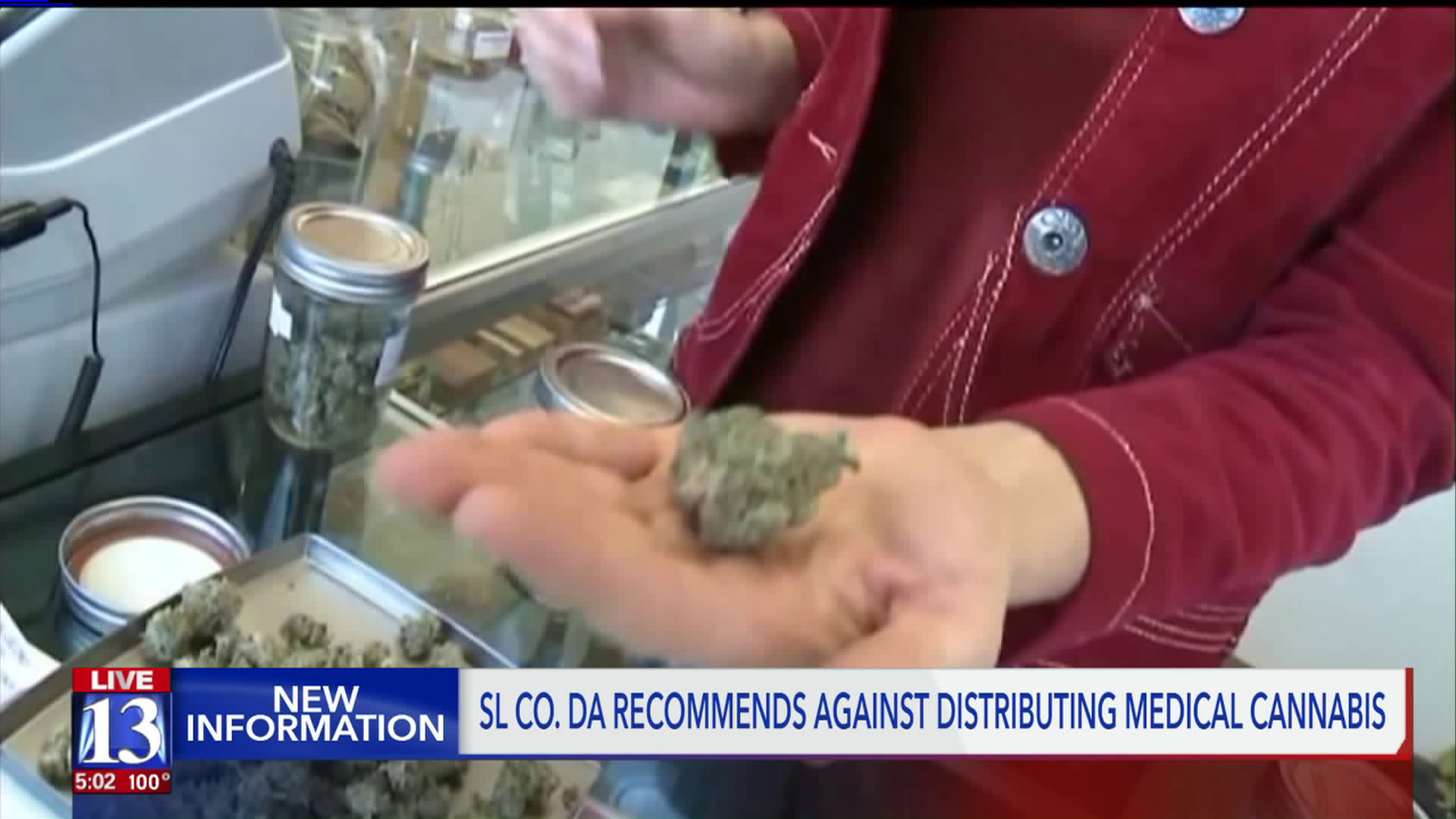 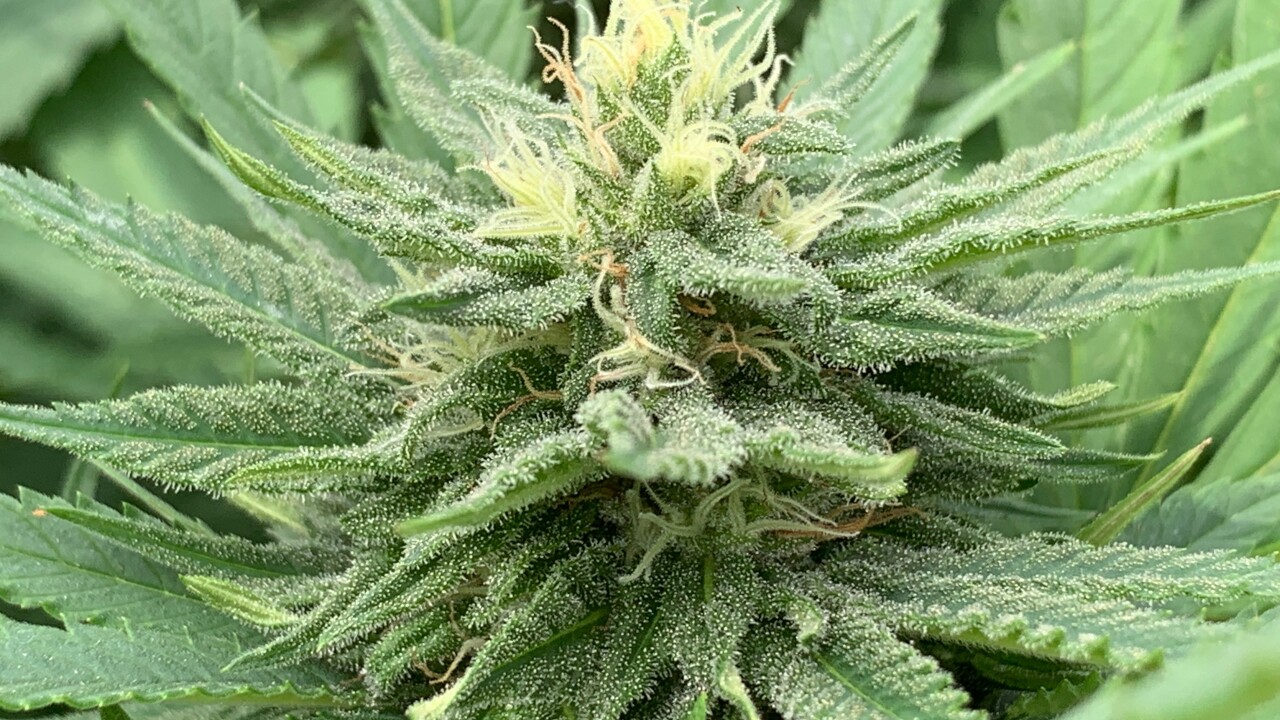 "We’re not going to participate in something that is, facially, going to be illegal," he said in an interview Tuesday with FOX 13.

The decision by the chief legal officer for Utah's most populous county adds to pressure on the Utah State Legislature, which crafted the idea of having county health departments handing out cannabis to qualifying patients. But prosecutors and health departments have raised concerns that they would be violating federal law by making their employees essentially drug dealers.

Gill said he was concerned about subjecting Salt Lake County to prosecution and made his recommendation many months ago. The district attorney endorsed Proposition 2, the medical cannabis ballot initiative, and said he had concerns about the legislature's replacement bill.

"What I’ve said is we will not, cannot violate federal law," he said.

Gill also told FOX 13 he has already been speaking with Senate Majority Leader Evan Vickers, R-Cedar City, who told him that a potential solution was already being crafted that would remove counties from the program.

"From what I understand, these modifications -- which are going to be necessary and urgent -- are going to take the counties out of that mixture," the district attorney said.

The legal advice by Gill, a Democrat, is similar to what Davis County Attorney Troy Rawlings, a Republican, gave his own county. As FOX 13 first reported on Monday, Rawlings recommended the Davis County Health Department not participate out of worries that county employees could face potential federal drug prosecutions and the county could lose millions in federal grant dollars.

In a statement, Sen. Vickers said he had heard from county attorneys and health departments and was working to find a solution. A state-run dispensary is expected to be up and running by April 2020.

Voters approved Proposition 2 last year, legalizing medical cannabis in Utah. The legislature overrode that, crafting a bill negotiated between Prop. 2 opponents and supporters. It moved from a network of private dispensaries to more of a state-controlled system where cannabis would be doled out through county health departments.

"If you look at every other state it’s private industry that bears the legal risk of violating federal law," said Connor Boyack with the Libertas Institute, a libertarian-leaning think tank that helped craft the compromise bill between lawmakers and Prop. 2 supporters and opponents.

"This was new territory. Many in the legislature kind of wanted to forge, blaze a new trail, if you will," he added.

But under the legislation, if the state's "central fill" model failed, the bill envisioned more private dispensaries.

"We built failsafes into the law and negotiated them in to say if central fill doesn’t operate we get more dispensaries," Boyack said.

"Legislative leadership told Utah that Proposition 2 - Medical Cannabis, which the voters passed, needed to be replaced because it would not function. Now it looks like their replacement plan also will not function," the minority caucus said in a statement. "The legislature cannot override the will of the voters with failed plans, like they also did with Proposition 3 - Medicaid Expansion, and hope to maintain any kind of trust with the people we are supposed to represent."

Discussions were already under way about changes, he told FOX 13, describing the negotiations as "patient-centric." Some medical cannabis advocates like Together for Responsible Use and Cannabis Education (TRUCE) have said lawmakers should revert back to Prop. 2's privately-run dispensary model of one per 150,000 people.

The county attorneys' recommendations are similar to a lawsuit being pursued by TRUCE and the Epilepsy Association of Utah. TRUCE founder Christine Stenquist has praised the county attorneys for their comments. The Utah Patients Coalition, which sponsored Prop. 2, also urged more private dispensaries.

"We believe it’s very important to make sure patients throughout Utah, especially in rural Utah, can access legal medical cannabis," Desiree Hennessy, the director of the Utah Patients Coalition, said in a statement. "In light of counties resisting the central fill concept, we urge the Legislature to provide more private medical cannabis pharmacies to compensate."

Gill said he wants to ensure whatever is created by the legislature next does not forget who Prop. 2 and the replacement bill are for.

"I want to make sure that we have reasonable and actual access and medical cannabis to the patients. This was always about the patients to begin with," he said.