‘He was my best friend’: Utah County K9 honored at memorial service 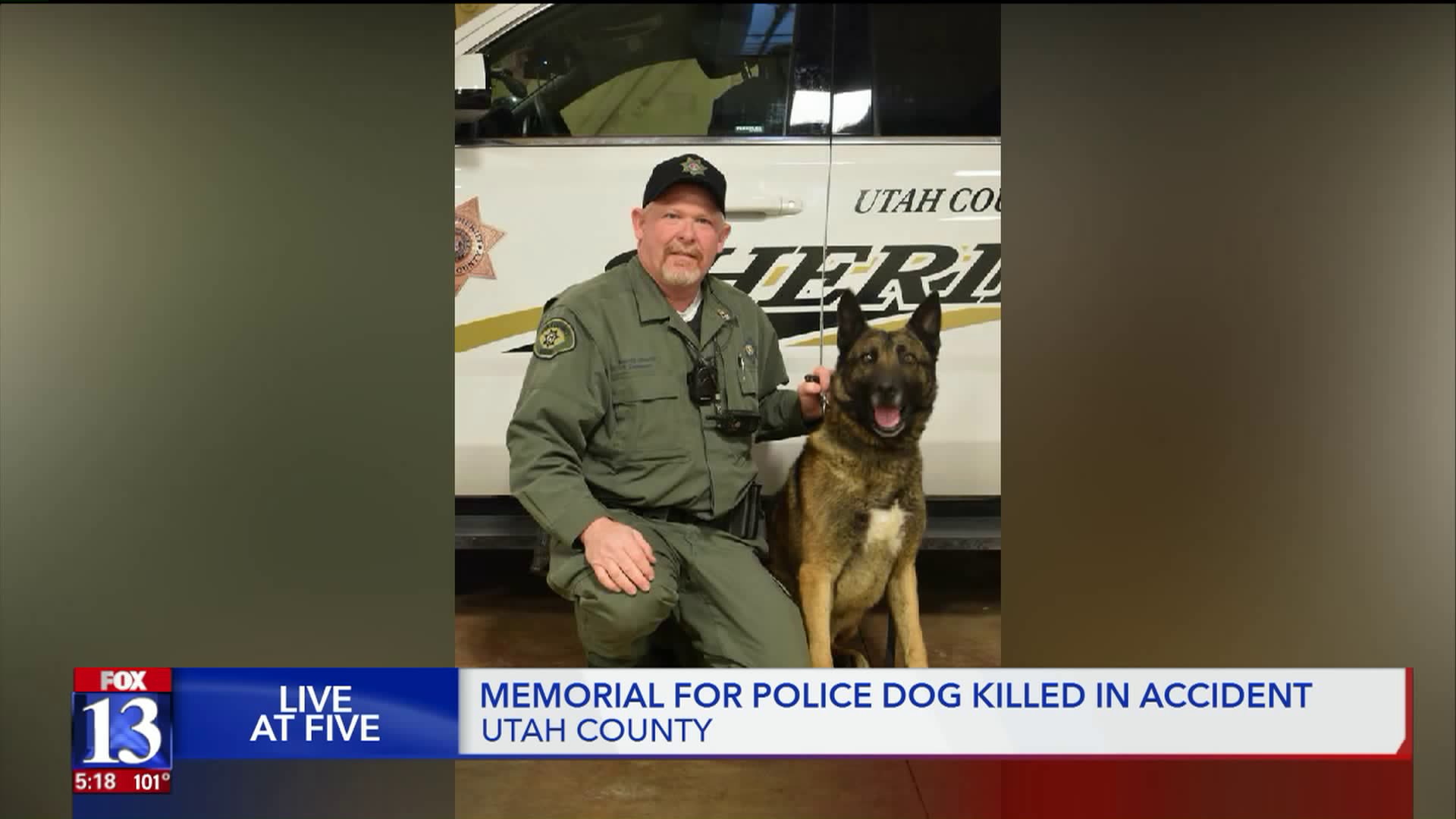 The Utah County Sheriff`s Office held a memorial service for Havoc, a K9 who was killed when he ran into the road and was hit by a car. 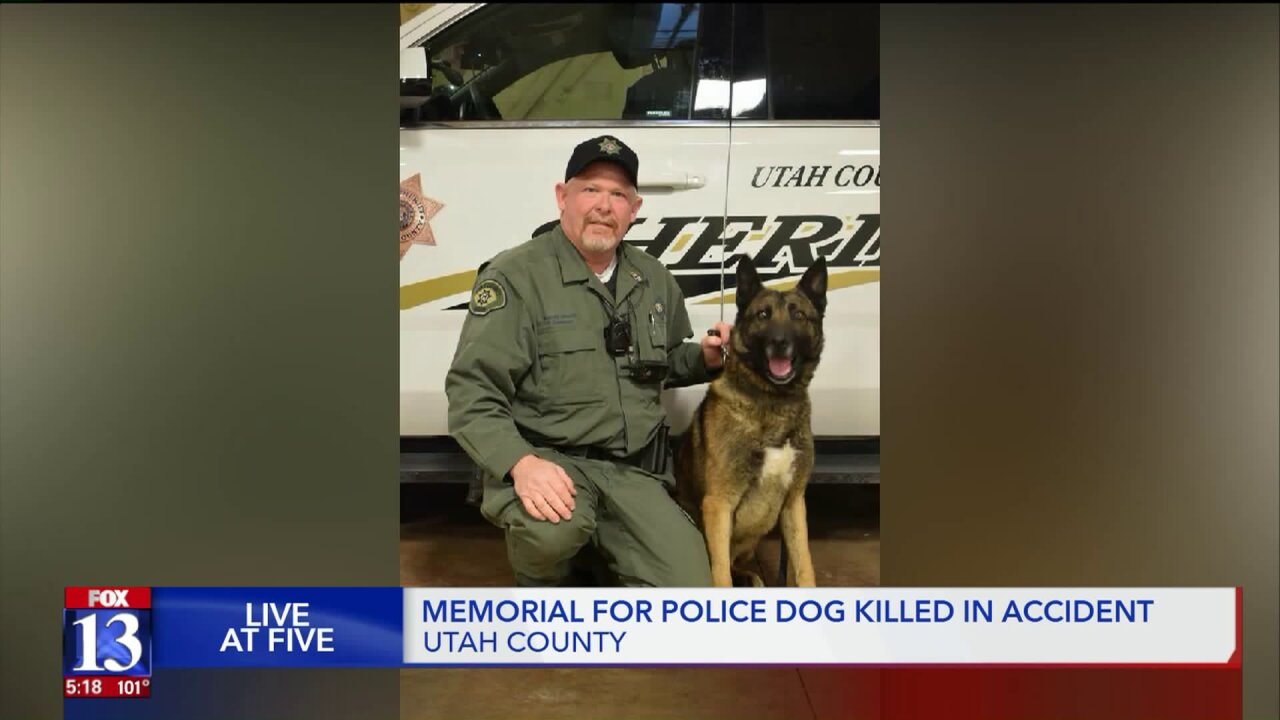 SPANISH FORK, Utah — A memorial service was held Monday for one of the Utah County Sheriff's Office K9 officers.

The dog, named "Havoc," died July 16 after unexpectedly running away from his handler and into the road, where he was hit by a car.

Careers are often defined in numbers, and when it comes to police careers, Havoc had some pretty impressive stats.

He went on 245 deployments, had 96 narcotics finds, and has assisted in nine suspect deployments where the suspect was taken into custody, his handler said.

But those numbers aren't what Deputy Tony Sorensen will remember Havoc for.

"Havoc wasn't only my patrol partner," he said through tears, "he was my best friend. It was crazy how many late-night conversations I had with that dog. He never answered back, but I know he listened."

Sorensen had stopped that day to let Havoc take a break in a dirt parking lot along Vineyard Road — in an area “somewhat isolated and away from the public.” After relieving himself, Havoc explored and “inspected” the area as usual.

Suddenly, the dog ran into the road more than 200 feet from where the deputy had parked and did not respond when he attempted to call him back. Havoc was narrowly avoided by one car but hit by a second.

Havoc was injured but still responsive and was taken to a veterinarian.

“While still sitting at the Vet’s office, the handler said Havoc looked at him, laid his head in his lap, and died,” the sheriff’s office said in an announcement that day.

Like other K9s, Havoc went into many real-life situations where the stakes were much higher, keeping others out of harm's way.

"Please go find the nearest police officer when you get to heaven," he said, "tell him you're a police dog."

Sorensen will continue to serve with the K9 division of the Sheriff's Office, which has received a $10,000 donation from the Jackson Howard Foundation to pay for training costs for a new dog.