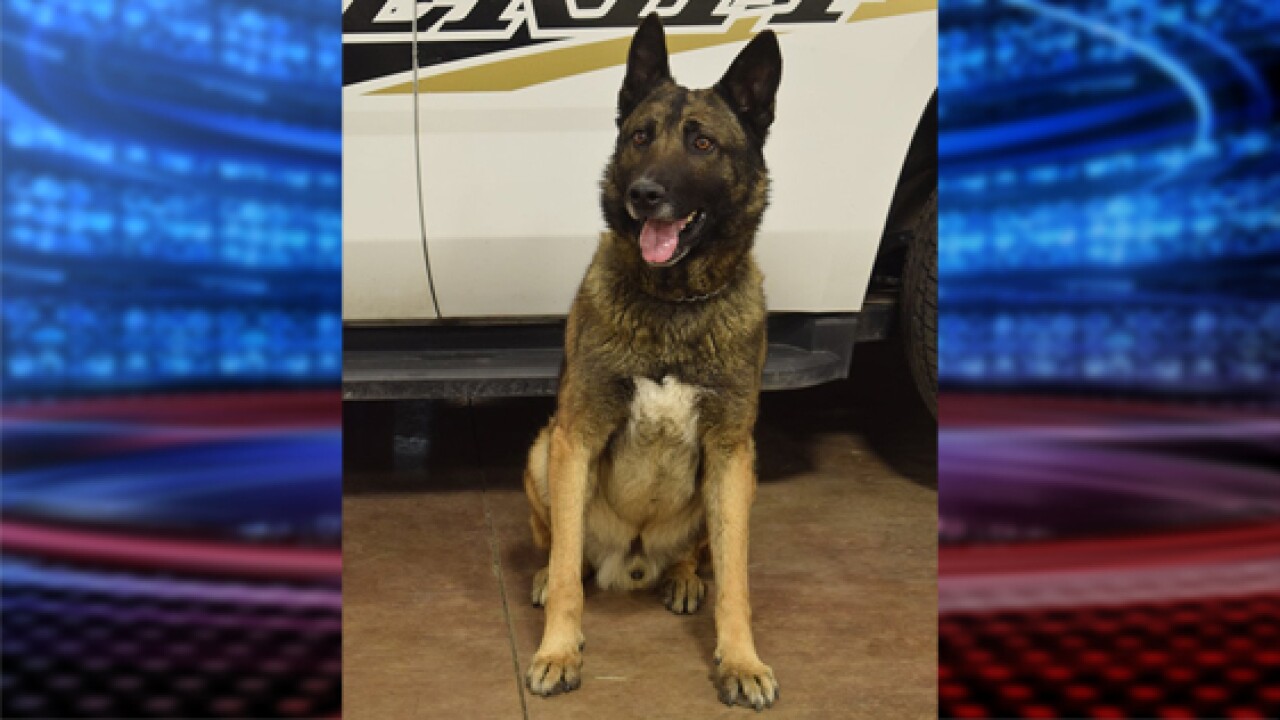 The dog, named “Havoc,” ran from his handler while they were taking a break in Vineyard by Utah Lake, the sheriff’s office said.

At about 9:15 a.m., a UCSO Deputy and K9 handler stopped to let Havoc take a break in a dirt parking lot along Vineyard Road — in an area “somewhat isolated and away from the public.” After relieving himself, Havoc explored and “inspected” the area as usual.

Unexpectedly, the dog ran into the road more than 200 feet from where the deputy had parked and did not respond when he attempted to call him back. Havoc was just avoided by one car but hit by a second.

Havoc was injured but still responsive and was taken to a veterinarian.

“While still sitting at the Vet’s office, the handler said Havoc looked at him, laid his head in his lap, and died,” the sheriff’s office statement read.

Havoc was an award-winning 7-year-old Belgian Malinois who worked with the Utah County Sheriff’s Office for six years; two with his current deputy handler. He has won multiple awards at K9 events.

Havoc helped the sheriff’s office with multiple drug busts and criminal apprehensions. His handler said he “never wanted to stop working” and loved being active at work, at home and at play.

“Whatever Havoc did, he was all heart.  And he will be missed,” the sheriff’s office wrote.