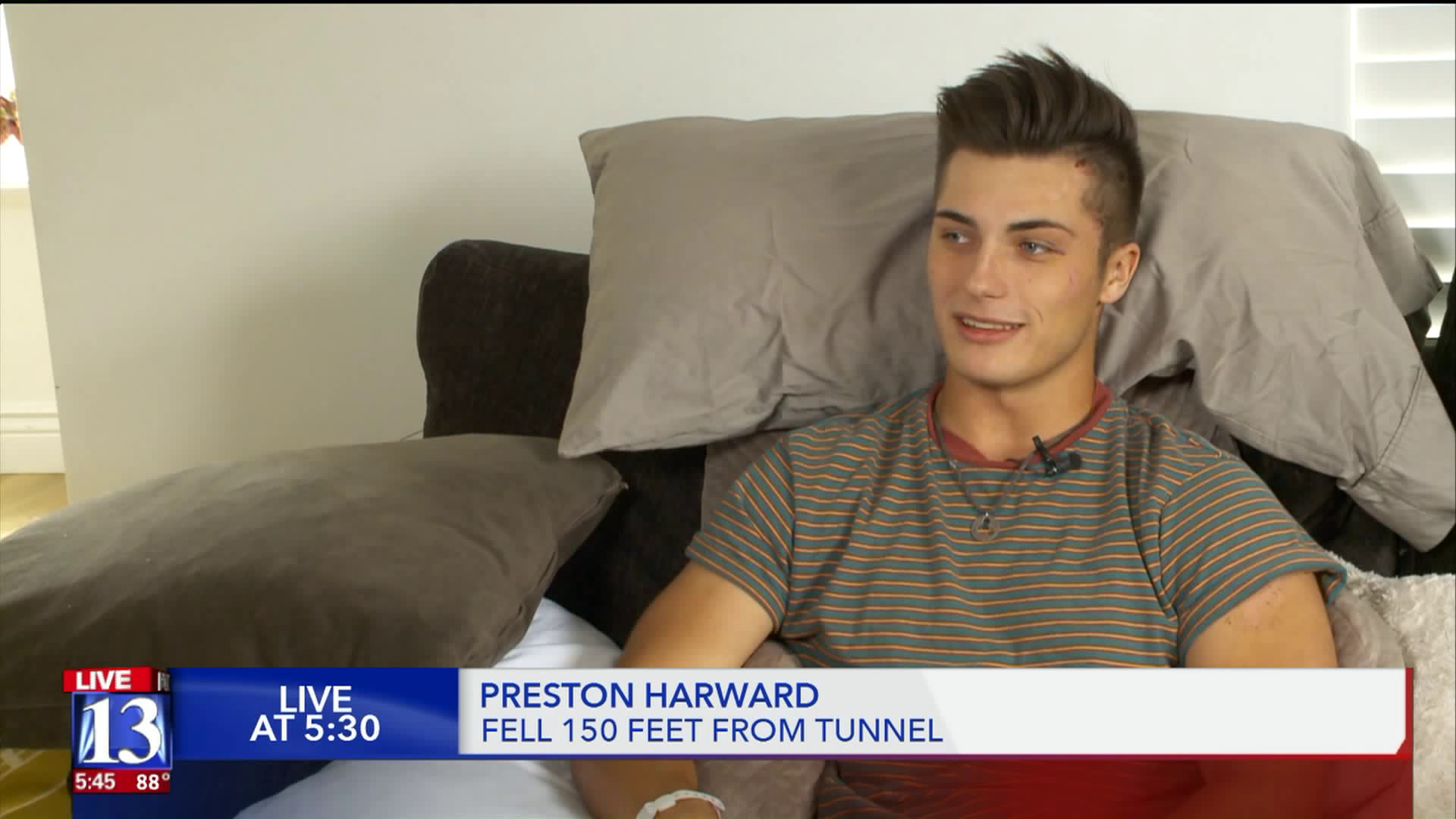 After falling 100 feet from a tunnel in Spanish Fork Canyon, Preston Harward said he didn`t know they were trespassing and the did not jump the fence at the Utah County Sheriff`s Office shooting range. 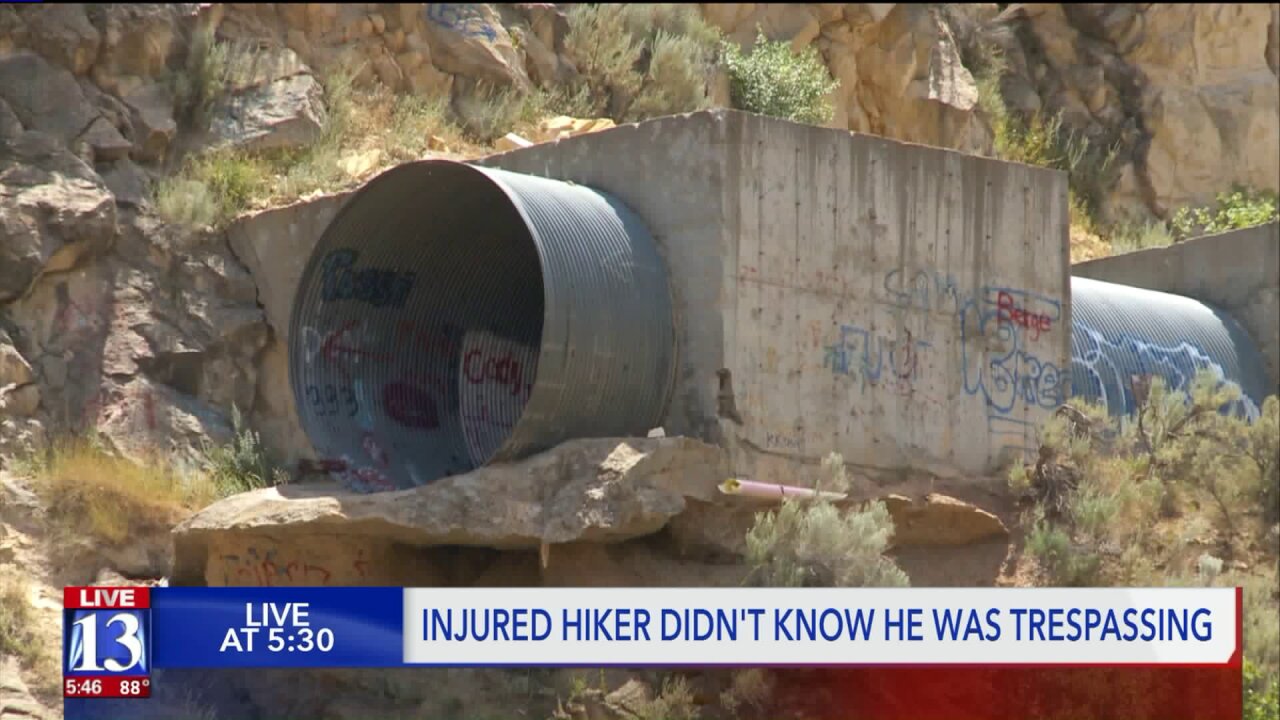 SPANISH FORK, Utah — Preston Harward is home from the hospital after falling more than 100 feet off of a tunnel in Spanish Fork Canyon.

Controversy over how the 18-year-old and his friends accessed the tunnel broke out on social media.

Harward said he didn’t know they were trespassing, and that they did not jump the fence at the Utah County Sheriff’s Office shooting range to get there.

“I’ve gone two other times before, and I’ve gone the same way every time,” Harward said. “There’s pretty much a trail that leads straight to it, and there’s no 'No trespassing' signs — at least, you can’t see any.”

Harward and his friends came from a different side, jumping over a small white gate that stands only a few feet tall.

Using a cement ledge to pull themselves into the tunnel, Harward said he was running up the sides of the tunnel that are at least 8 feet tall — it was pitch black.

“I just looked down and realized that I had pretty much sprinted and jumped out of this tunnel straight off of this cliff,” he said.

Falling about 150 feet, Harward covered his forehead with his arm in an attempt to save himself from brain injuries.

When he hit the canyon floor, Harward struggled to catch his breath.

He suffered broken ribs, broken bones, and his stomach moved up into his diaphragm — it’s a miracle he’s alive.

“I genuinely thought I was going to die,” he said

It’s the same place where a man named Ammon Latham died in 2012.

Just a few feet away from the tunnel’s mouth hangs a “no trespassing” sign covered in graffiti. In the dark of the night, Harward said he never saw the sign.

Sgt. Spencer Cannon with the Utah County Sheriff’s Office said he recognizes signs are not a physical barrier but are there to protect people — he hopes they can work with the county to put something else in the area that makes the message even more clear: Don’t go to the tunnel.

“We’re very glad that Preston Harward is one who survived, but I hope he sees and recognizes how fortunate he is to have survived,” Cannon said.