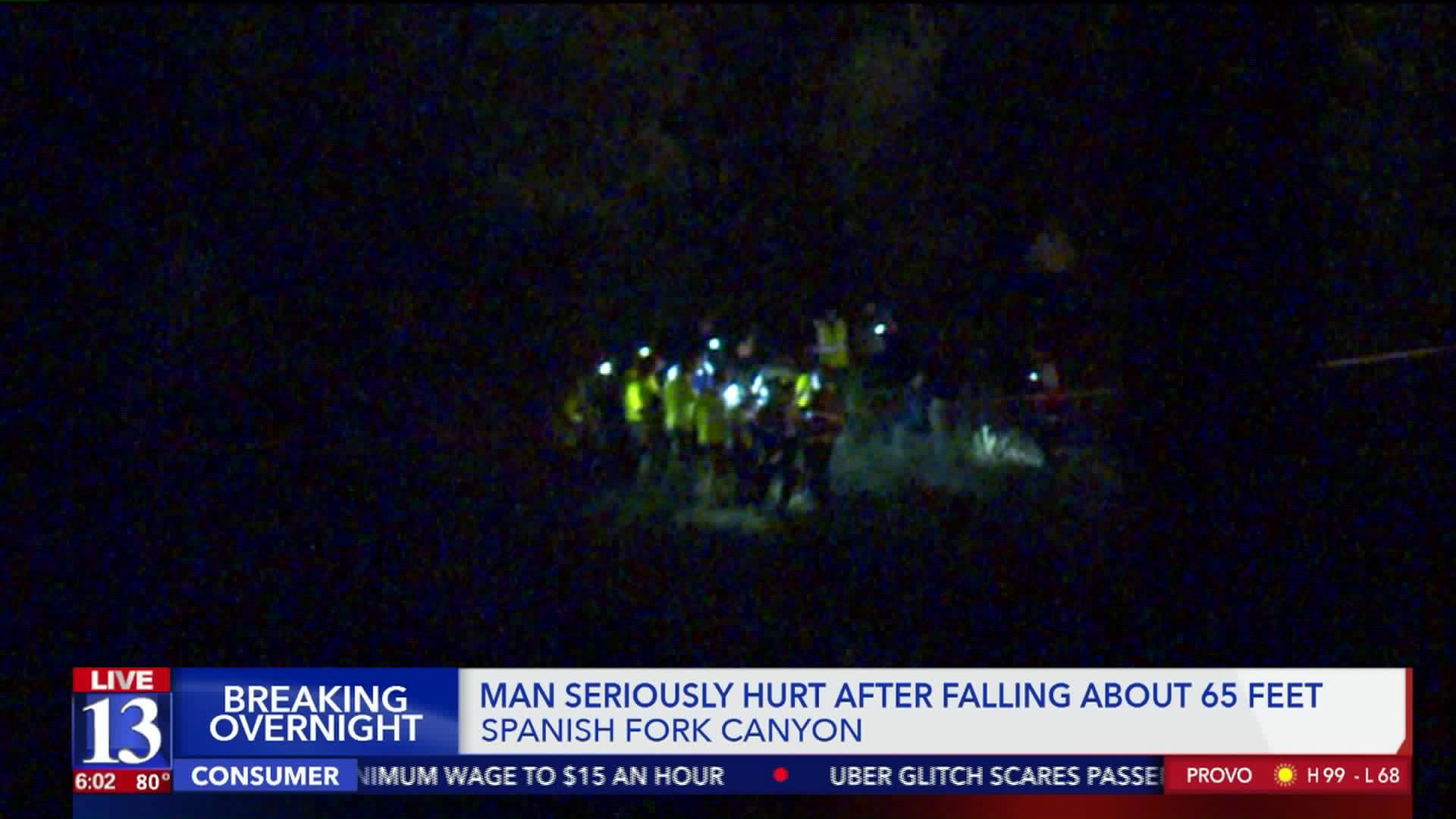 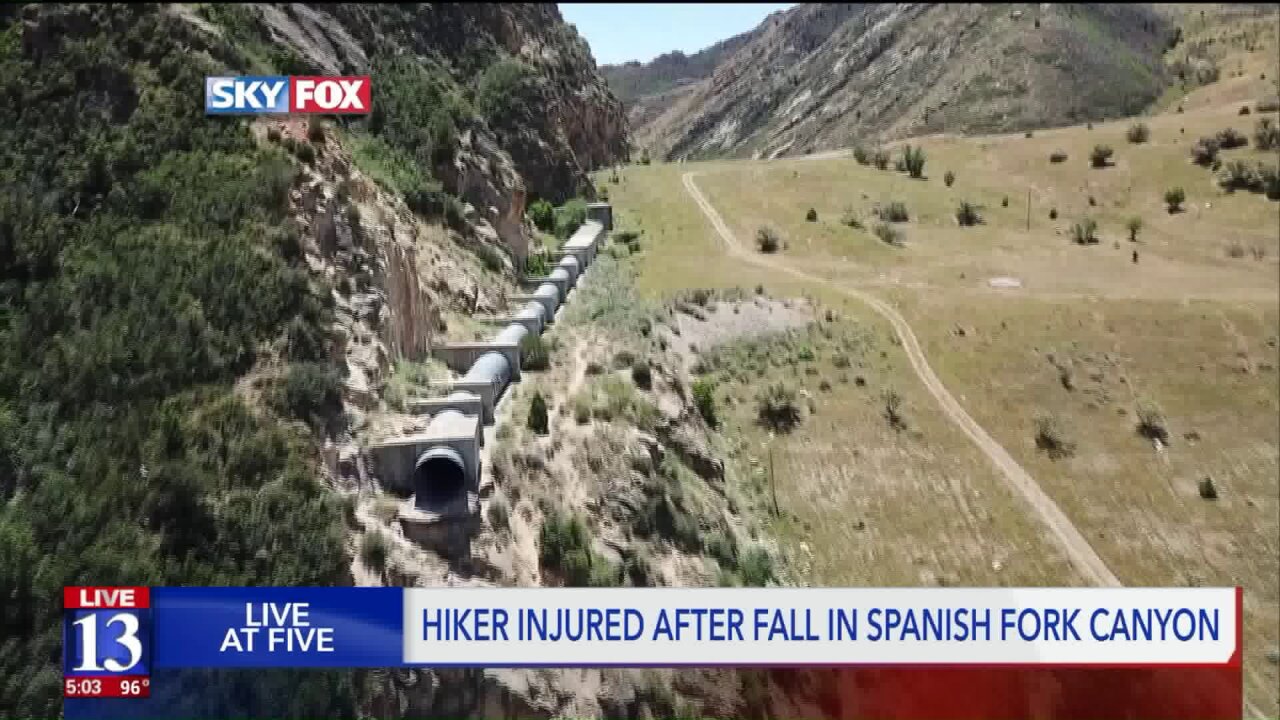 UTAH COUNTY, Utah --  A man was taken to a hospital in critical condition after falling an estimated 150 feet from a drainage tunnel in Spanish Fork Canyon early Friday.

Utah County Sheriff's Office dispatched deputies to the area around midnight after a man fell out of a tunnel near Spanish Fork River Park.

Sgt. Spencer Cannon said the 18-year-old man was hiking with a group of five people at a drainage tunnel, which was installed in 1983 but has been blocked off for some time.

Cannon said the area is closed to the public and inaccessible, but people make their way up there regardless.

Search and rescue crews said the man fell in a difficult location, but they were able to reach him after about an hour and a half and with the help of a helicopter.

He was taken to a hospital in critical condition.

"If he wasn't trespassing, he wouldn't have been injured," Cannon said.

Cannon said a man fell to his death in the same area in June of 2012, and he urges people to stay out of closed and dangerous areas. 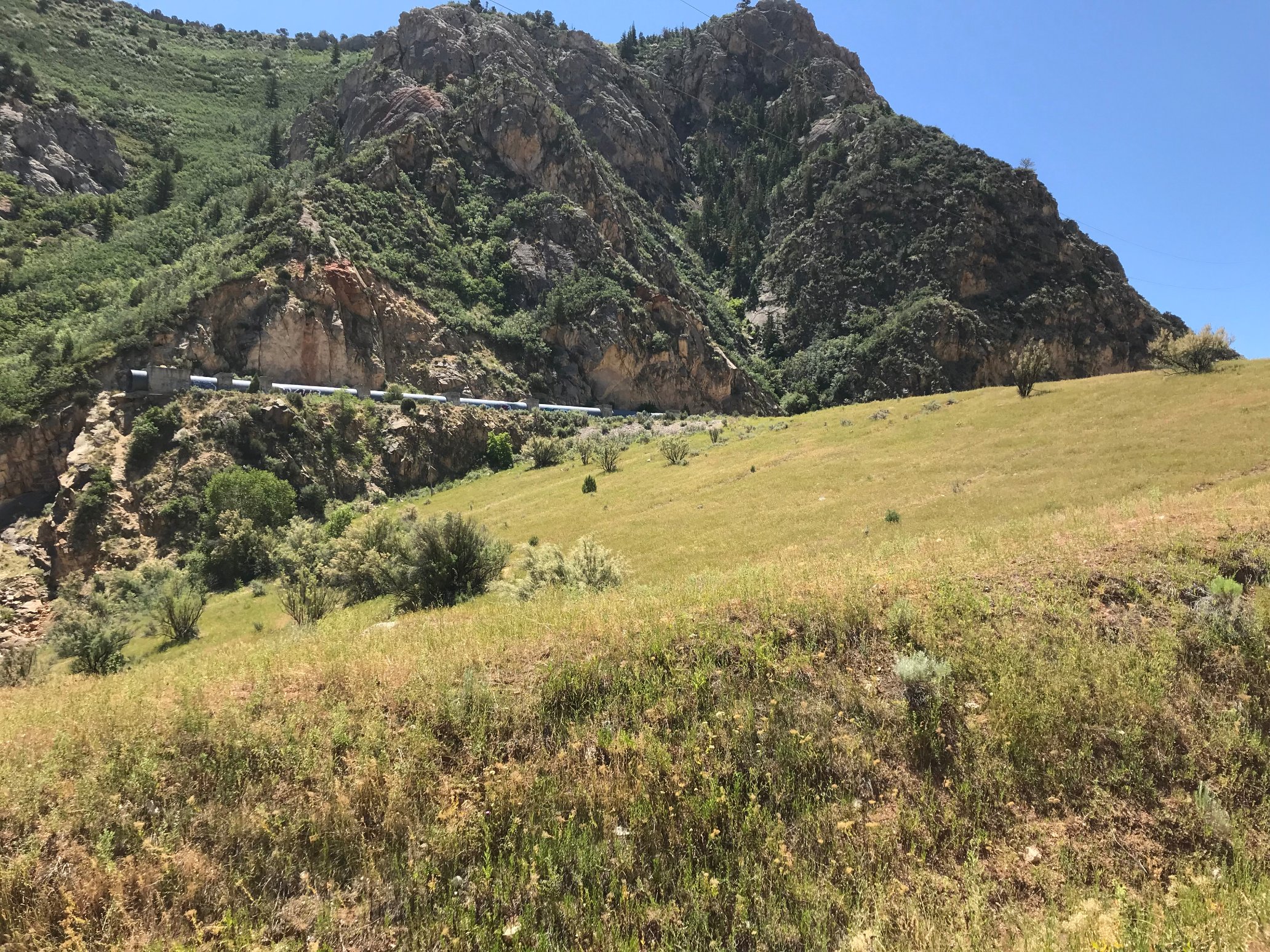