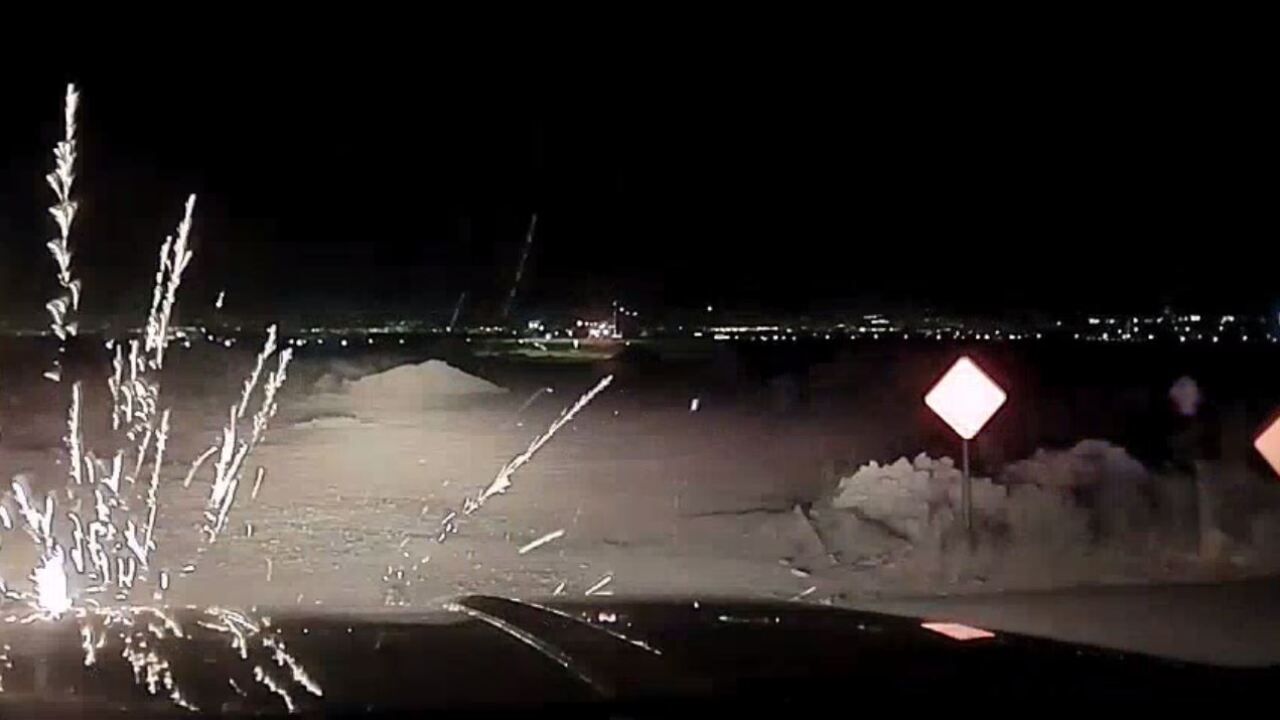 HERRIMAN, Utah — Police in Herriman have released a dashboard camera video showing the moment a firework hit the front of a police cruiser and ignited a field fire late Wednesday night.

An officer on patrol for Herriman Police spotted some fireworks in a restricted area near 13400 South and Mountain View Corridor around 11:15 p.m. Wednesday.

When the officer drove by, one of the fireworks tipped over and hit the police vehicle.

"As he arrived to confront the individuals, the mortar-type firework malfunctioned and began launching mortars into the surrounding field. One of these mortar rounds struck the front engine block area of the marked police vehicle and detonated in the grill, causing minor damage to the police vehicle," a news release from Herriman PD said. "The officer was uninjured."

Use the video player above to watch it unfold.

Fortunately, firefighters with Unified Fire Authority were able to respond quickly and extinguish the blaze without further incident.

Police gave a man a misdemeanor citation for illegal discharge of fireworks in a restricted area.