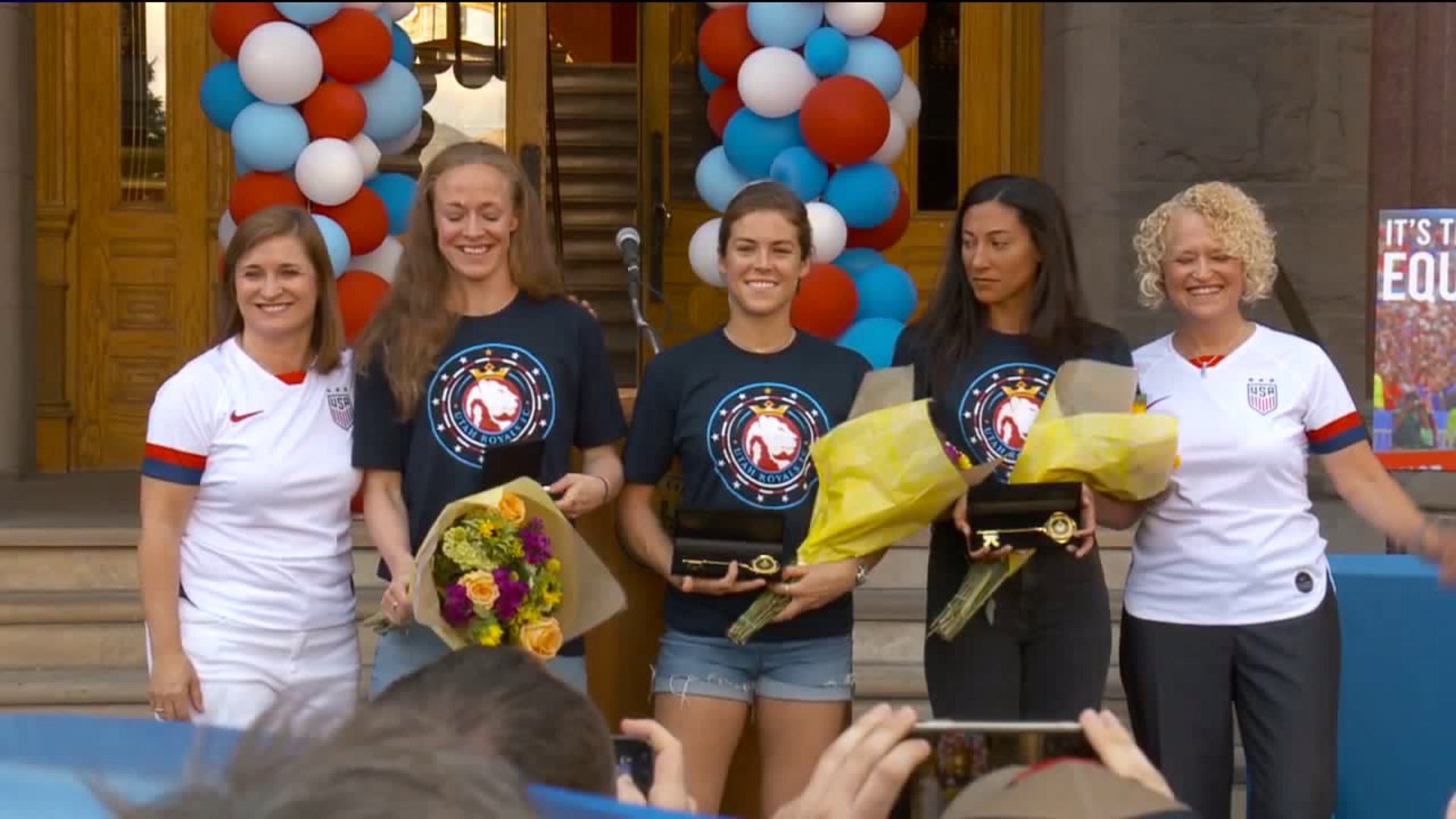 The three Utah Royals FC players who helped the US Women`s National Team win the World Cup were honored with "Keys to the City" from Mayor Jackie Biskupski today. 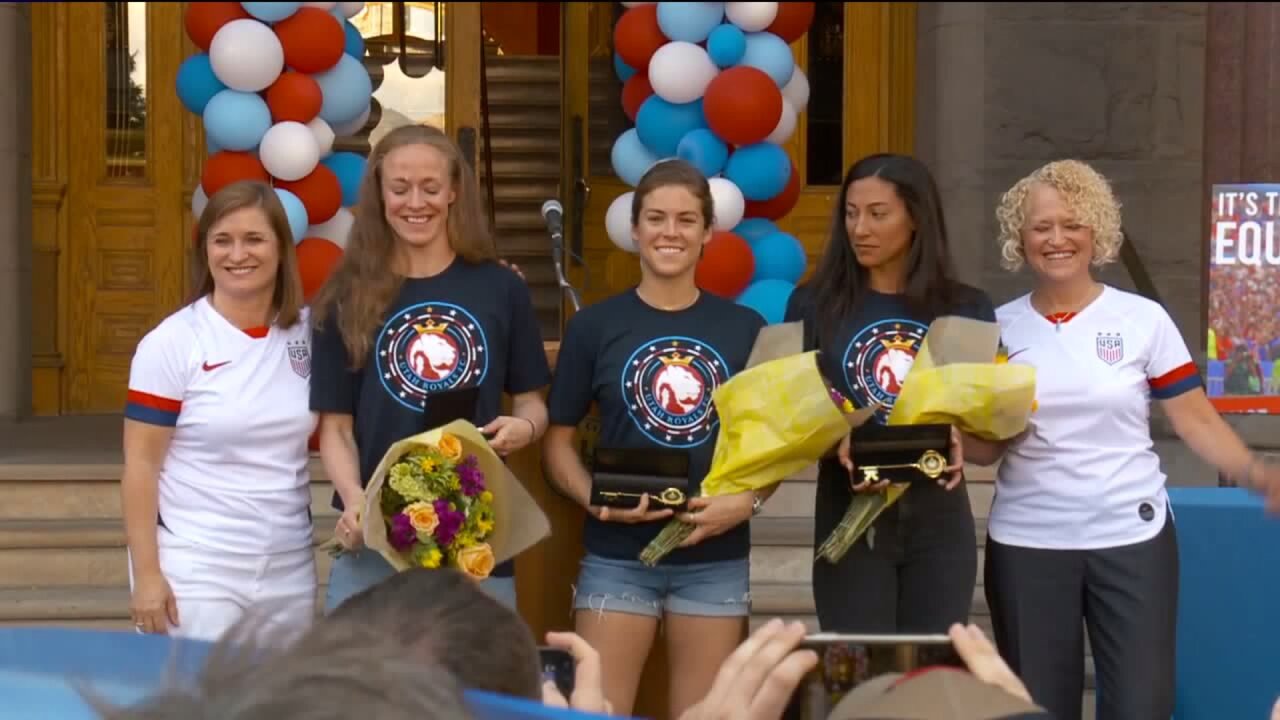 SALT LAKE CITY — Three Utah Royals FC players were honored in a special way for their contribution to the U.S. Women's National Team's victory at the 2019 World Cup.

Mayors Jackie Biskupski and Jenny Wilson spoke to a cheering crowd before presenting "Keys to the City" to Christen Press, Kelley O’Hara and Becky Sauerbrunn.

The three women all contributed to the national team during the tournament — Press with one goal and one assist, O'Hara with two assists (one of them being Press' goal), and Sauerbrunn as one of the team captains.

Watch the full event in the video above or on Fox 13's Facebook page.

Pictured: one of the keys given to the three players