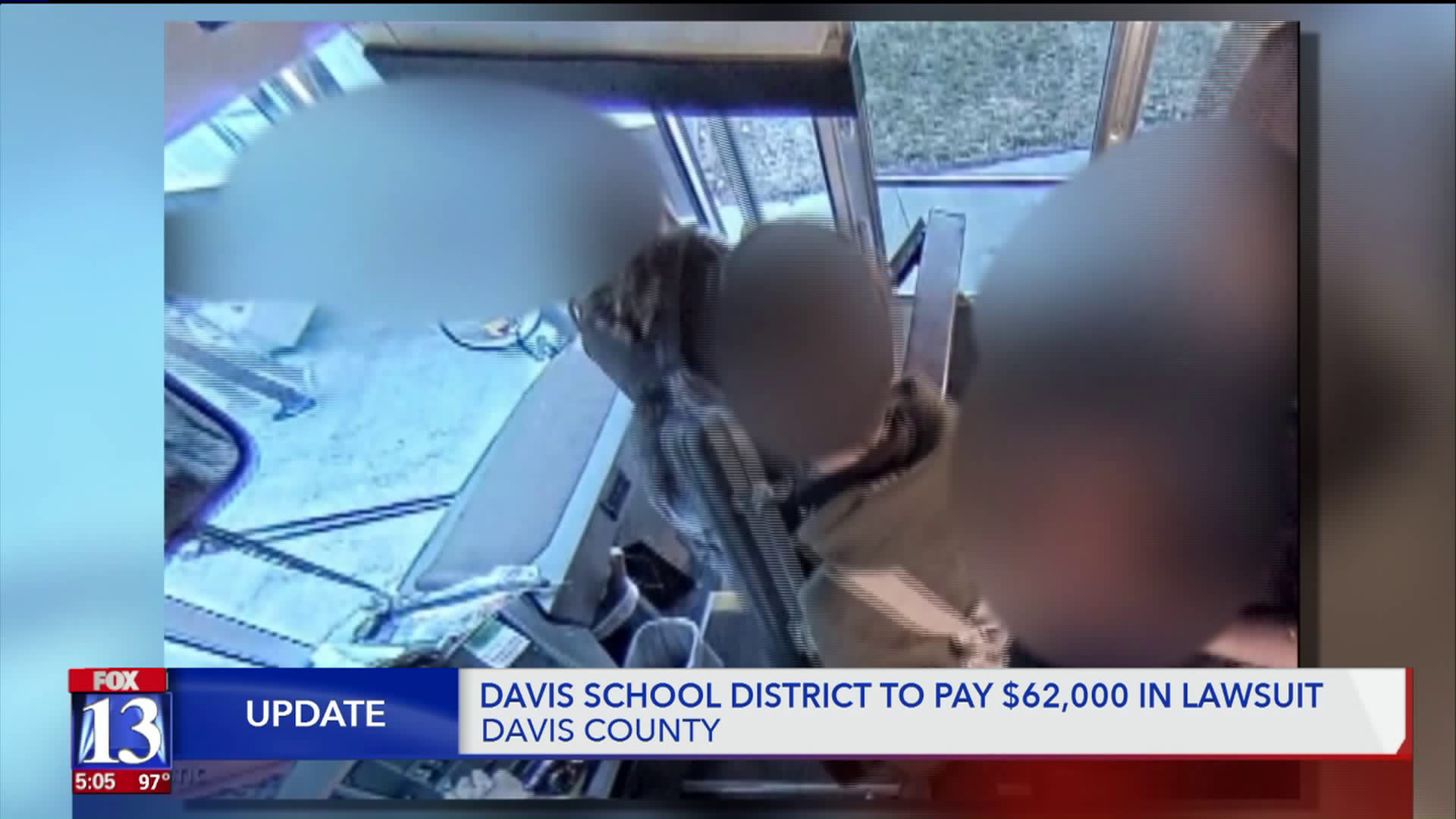 Davis School District will pay more than $62,000 to settle a civil rights lawsuit. The mother of a biracial students said he was assaulted by a bus driver because of his race. 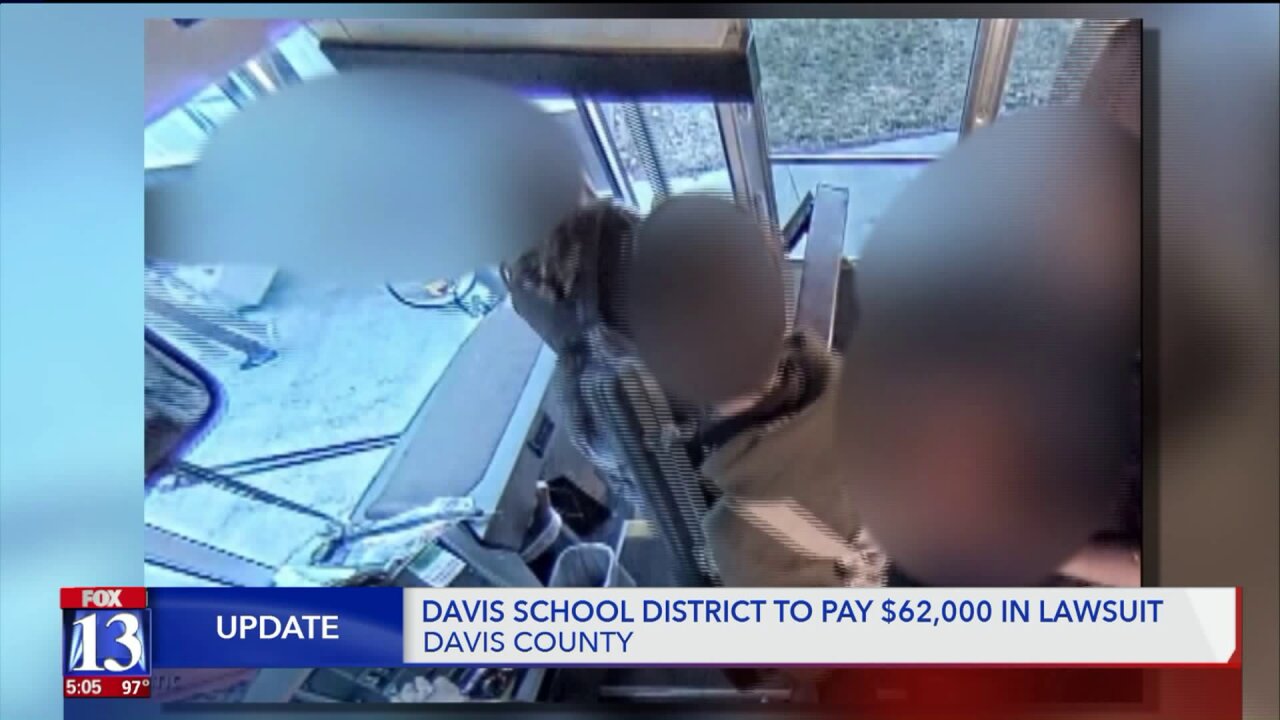 WEST POINT, Utah — Davis School District will pay more than $62,000 to settle a civil rights lawsuit. The mother of a biracial student said he was assaulted by a bus driver because of his race.

The lawsuit stems from what happened at West Point Junior High in February when the 13-year-old boy was getting off the bus.

Surveillance video from inside the bus shows several white students getting off a bus before John Neisbitt closes the door right behind the biracial student, catching his backpack.

Students appear to panic as the teen is dragged close to the tires for 20 seconds.

“When he decided to shut the doors and drive, there was a high likelihood that he could have killed my kid,” Mayes said.

In May, Mayes filed suit against the district, the transportation director and Neisbitt. The suit argued Neisbitt intentionally targeted the student because of his skin color.

In May, FOX 13 was the only station to catch up with Neisbitt at his Hooper home.

“Would you say that you are racist?” we asked him. “Not at all. No. Look at my dog. He’s as black as can be,” Neisbitt said.

Mayes believes that comment, heard around the country, helped in the $62,000 settlement reached this week.

“I’m glad that people were outraged because it is not acceptable that he puts my child at the same level as a dog,” Mayes said.

A Davis School District spokesperson said they do not comment on litigation but said, “We take these matters very seriously and do everything we can to protect students.”

While Neisbitt retired days after the incident, the transportation director kept his job. For Mayes, that’s not enough.

Davis School District also faced criticism this year when an elementary teacher forced a Catholic student to wipe off an Ash Wednesday cross on his forehead.