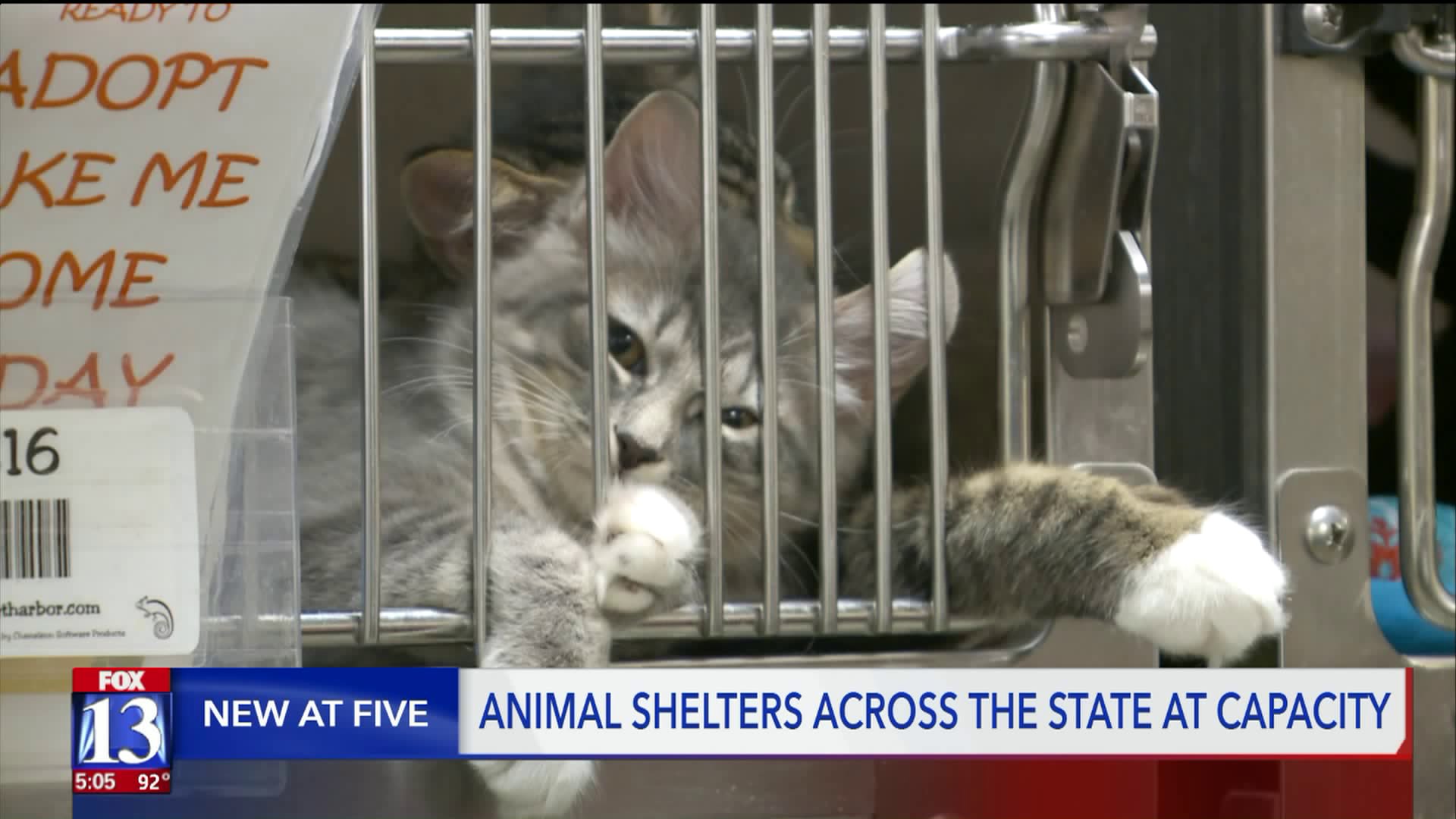 Shelters across Utah are full and even overcrowded, filled with more cats and dogs than what they normally see at this time of year. 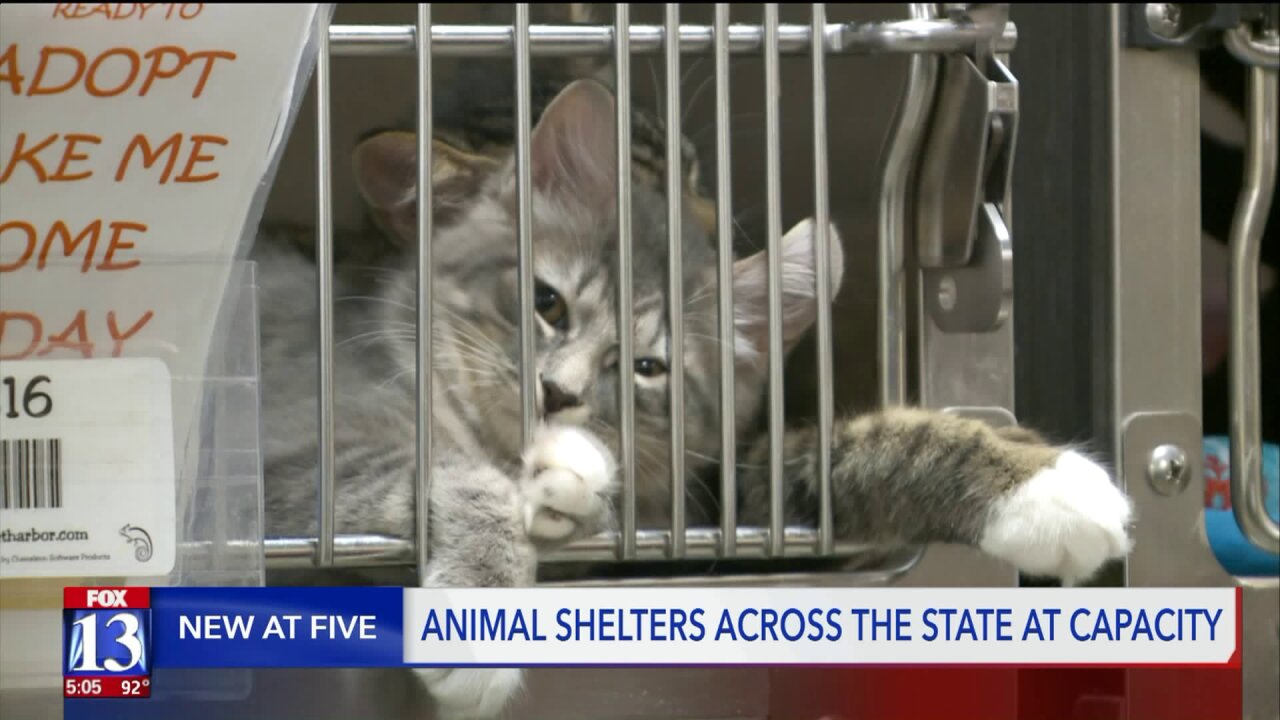 SALT LAKE CITY -- Animal shelters across the state say they are bursting at the seams, spilling over their maximum capacities in some cases.

They said it’s stretching resources thin, as shelters try to take care of the animals and find them homes.

It can be hard to keep track of the exact numbers of dogs and cats, explained the West Valley City Animal Shelter.

They run animal services for both West Valley City and Taylorsville. Animals come in, and others get adopted out.

On Wednesday, she said they had 78 or 79 dogs. Technically, they are only meant to house 50.

“Our kennels are full to the brim,” she said.

Summer is normally busy, Weathermon indicated, because of the warm weather.

“We’re seeing a lot of impounds, and dogs running at large,” she said. “A lot of kittens, a lot of litters of kittens.”

They just aren’t normally this busy and this full. And it’s not just West Valley City facing an influx of animals.

“Everybody is just as full as we are,” Weathermon said.

On Tuesday, we reported on how the Davis County Animal Shelter is maxed out.

Across the state in Vernal, at the Uintah Animal Shelter, Executive Director Christina Williams explained how they’re experiencing the same thing.

She said feline impounds are up 31% and canines 27% when you compare the numbers from the first several months of this year to last year.

“Owner releases are up 224% over the same time last year,” she said. Owner releases mean that a pet owner comes into the facility to surrender their dog or cat.

FOX 13 spoke to more than 10 shelters across the state Wednesday, and all reported that they are either “pretty full,” near capacity or at capacity for certain animals.

The Tooele City Animal Shelter said they are overfull when it comes to cats. They’re only meant to take in 28 cats at a time. Right now, they’re housing 39.

In Murray, contracting agency West Jordan Animal Services said the Murray shelter is one dog kennel away from being completely full. They are “near capacity” for dog kennels in the West Jordan shelter.

South Utah Valley Shelter in Spanish Fork said so many animals are coming in, it has put them behind on paperwork.

Weber County Animal Services said they are nearing capacity for dogs, after seeing a huge spike from July 1 through the 4 around the holiday.

The Roosevelt City Animal Shelter said they are over capacity for both cats and dogs.

Each of the shelters said they don’t turn animals away, and they work with rescue groups to find foster homes—which frees up space within the shelter.

In some cases, like at the Uintah Animal Shelter, it can save the animals from being put down.

“Our euthanasia rates would have gone through the roof without them,” Williams said.

“They’re having a hard time coming and helping us because they’re just as full,” Weathermon said.

Everyone hopes things slow down, or at least, that more people come in to adopt.

Until then, they’ll continue to scramble to keep up.

Weathermon said it’s important for owners to microchip their dogs and have the dogs wear collars with up-to-date information. She said cat owners should license their animals, and keep breakaway collars with current tags on them.

That way, if someone’s kitty or pup gets out and ends up at the shelter, they can find the rightful owners quickly.