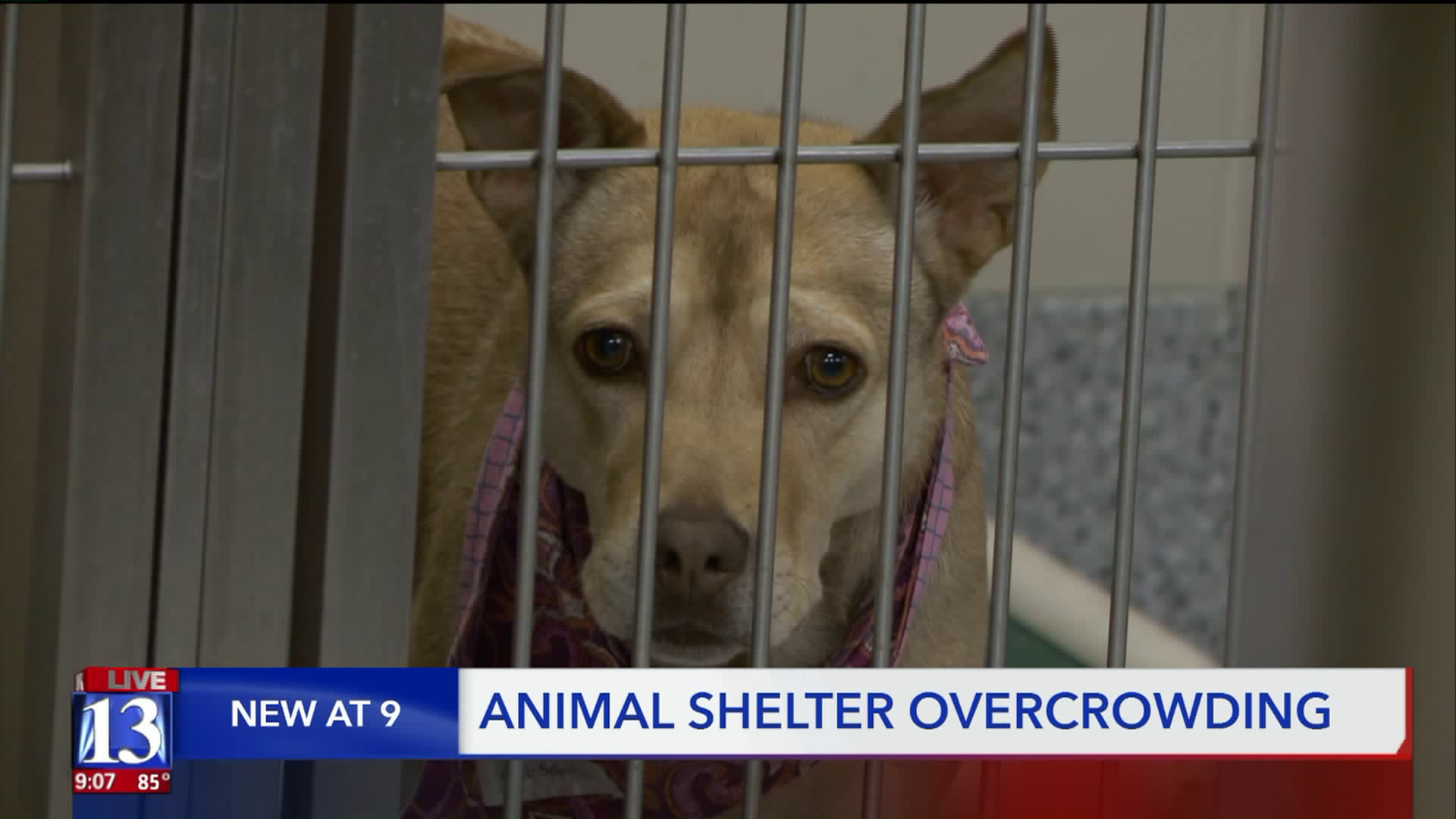 The Davis County Animal Shelter is bursting at the seams, and they`ve gotten creative as they attempt to make enough room for everyone. 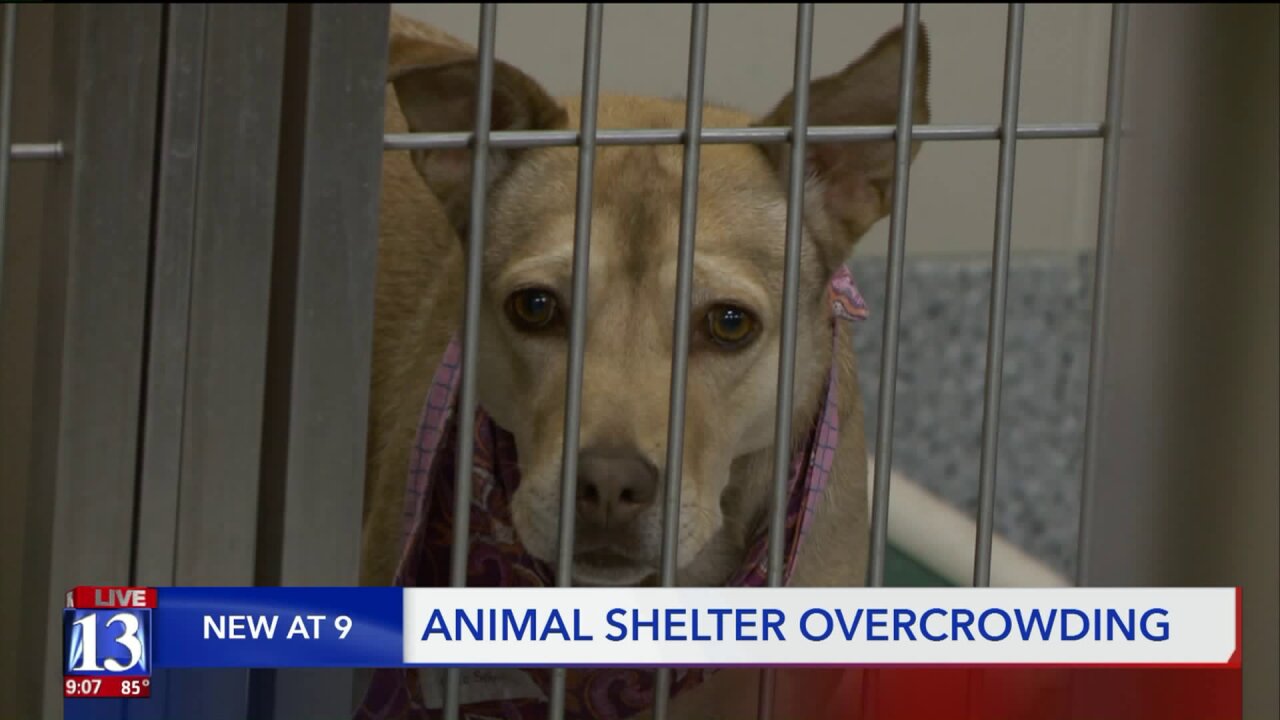 DAVIS COUNTY, Utah — The Davis County Animal Shelter is bursting at the seams, and they've gotten creative as they attempt to make enough room for everyone.

Shelter staff indicated they're puzzled as to why so many animals are pouring in.

Tuesday afternoon, Gabrielle Gaston played fetch with Shadow outside. The happy Lab/Husky mix ran and splashed in a pool. Shadow shook, sending water droplets all over.

"Every dog deserves to sit in the grass on a summer day, and have somebody love on them," Gabrielle said.

It was clear Shadow was soaking it up.

The 18-month-old dog doesn't always get this kind of quiet, one-on-one time.

"Can be really loud and overwhelming, even as a person in there," Gabrielle said.

In there, as in, inside the 73-kennel room where dogs at the Davis County Animal Shelter live.

Every single one of the kennels has been full lately. Loud barks and whines fill the room. Next door to the dogs, more than 240 kittens and cats meow and roam in various rooms, kennels and cat condos. A bunch of bunnies also call the shelter home right now, too.

The shelter is more than maxed out.

"Obviously, we are trying to stack them up as best we can," interim kennel supervisor Sydney Larrabee said. "But this is too many."

He said they got hit with a big increase right off the bat, and haven't slowed down.

They have no idea why.

They do know it's taking a toll on shelter staff, and stretching resources thin.

"Most of my staff are working close to six-day weeks," Nicks said. "Officers are working quite a bit of overtime."

The only relief is coming in the form of new programs that Nicks said they started this year.

He also said they started what's called the "Sniff About" program. Essentially, someone can go to the shelter and essentially borrow a dog for a day. They need to give the shelter their information and show their driver's license. Then they can take the dog with them, and bring it back when they are done.

In addition to that, the Davis County Animal Shelter began a volunteer program. People like Gabrielle can come spend a few hours at the shelter to give animals the attention and playtime they need.

Nicks said with 300 animals to care for, their staff just can't give every animal free time, so they rely on volunteers to do that.

Now, they just need more people to take the fur babies home before the next ones come in.

Click here learn about adoption and other programs at the Davis County Animal Shelter, or you can visit their Facebook page here.