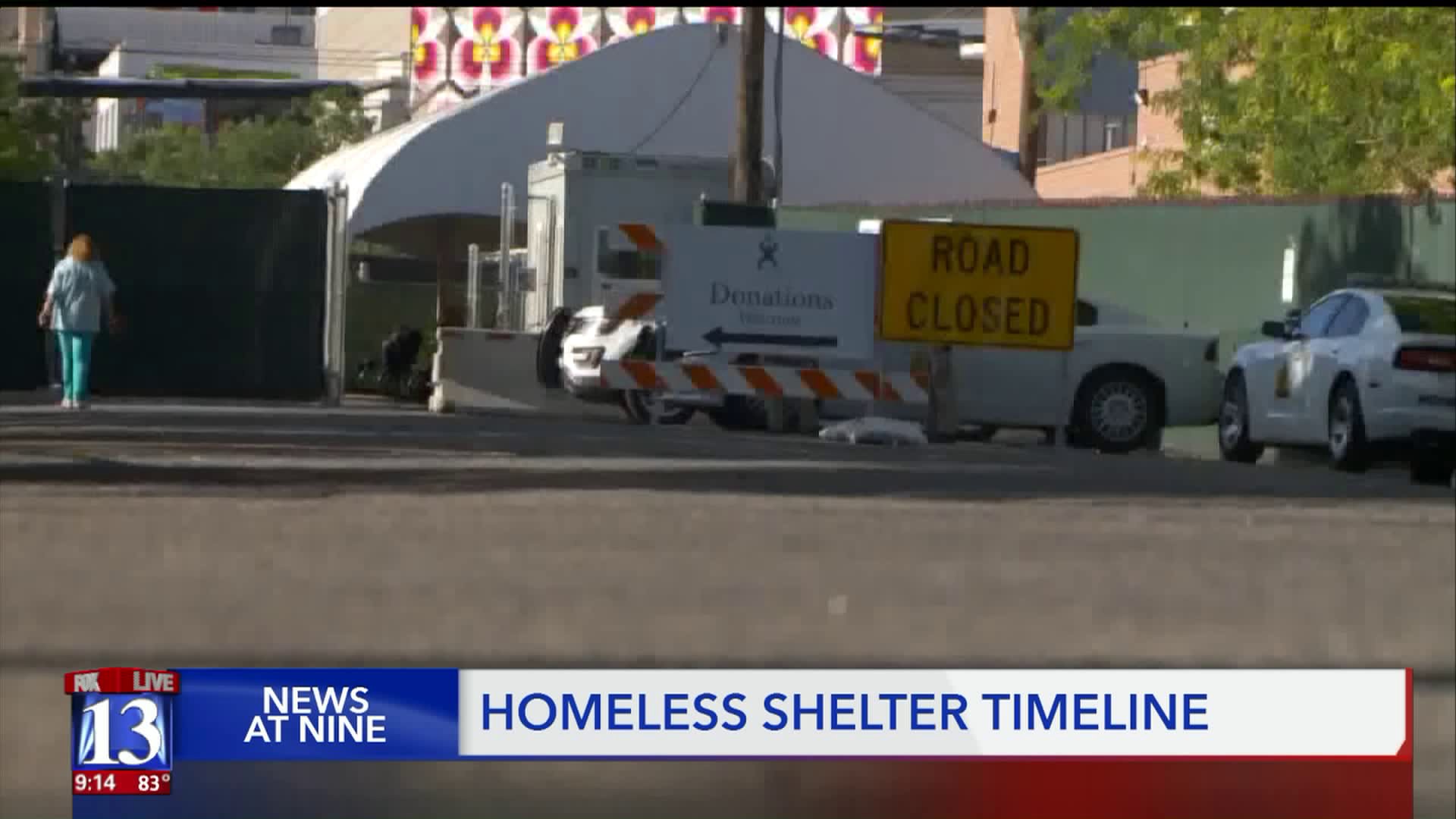 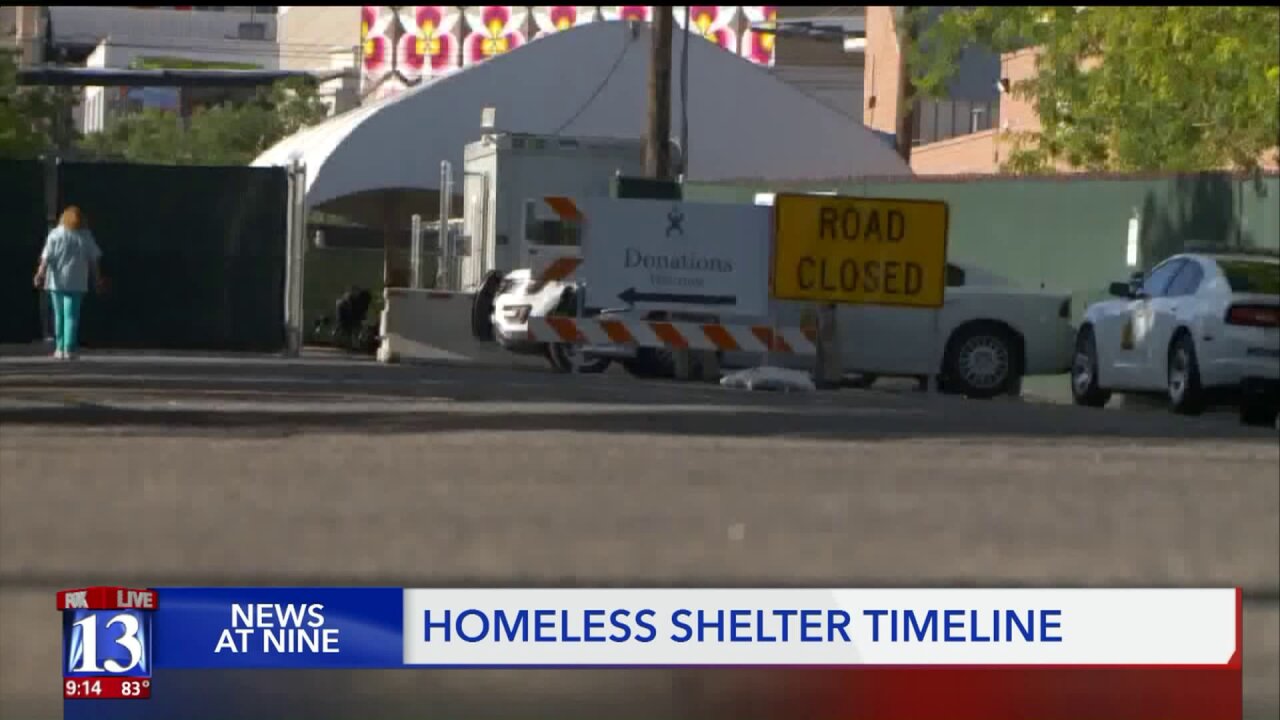 SALT LAKE CITY — A coalition is calling on its members to put pressure on state and Salt Lake City leaders, when it comes to deadlines and delays in closing the Road Home homeless shelter downtown, and in opening new resource centers in the valley.

Monday’s email from the Pioneer Park Coalition begins: “Too much is at stake.”

“Together, we need your help to address a crisis,” it states. “To put things quite simply, we are worried that the leaders you trusted to help the homeless community and your neighborhood have let us all down.”

The original closing date for the Road Home was scheduled for June of 2019. The email points out that it’s now July, and the shelter is still open.

“It's a call to action to say, ‘There was a state deadline. There was a statute, and somebody's dropped the ball,’” said Scott Howell, who sits on the Board of Directors for the Pioneer Park Coalition.

In June, the state updated the timeline to indicate that the Road Home would close in October. That’s because none of the three new resource centers set to take the Road Home’s place are ready to open.

“When we realized that there was a week left and that, they were not going to meet that deadline-- I mean that was ridiculous,” Howell said.

The first of the three—the women’s resource center—was supposed to open July 1st.

A press release dated June 14 stated that a rainy spring led to construction delays, and that opening is now set for September.

“We get it that there's some construction things,” Howell said. “But we also know that proper planning prevents poor performance.”

“We believe that the service providers have not been provided executed leases, budgets, or other operational documents,” the Pioneer Park Coalition email states. It later says, “As a reminder, service providers were chosen eight months ago—plenty of time to organize their documents and begin operation as soon as construction is complete.”

After the email was sent out, the Crossroads Urban Center immediately spoke up in an email of their own, concerned about the PCC’s call to establish a timeline to close the Road Home shelter.

“People in neighboring ocmmunities (sic), from Provo to Ogden, are already preparing for a potential surge in homelessness when the Salt Lake shelter is closed,” the email states. “At the same time, eople (sic) in Salt Lake City are already worried there will be a surge in unsheltered homelessness in neighborhoods when the downtown shelter closes.”

“It's not even a very long delay compared to what you're seeing on some other projects that are underway right now,” said Crossroads Urban Center Associate Director Bill Tibbitts.

Tibbitts said he doesn’t know how saying there needs to be a hard deadline helps anybody.

“I thought it was incredibly unfair to say that state officials and city officials have broken their promises, because the new shelter opening has been delayed,” Tibbitts said.

The PCC email said service providers can face the prospect of not being able to open before winter.

It says with Operation Rio Grande set to end in 2020, and the road closure on Rio Grande Avenue only guaranteed until January 1, they worry about losing progress.

“At that point, if the new resource centers are not operational, we will be right back at square one,” the email states.

“We need our leaders to keep their promises,” it states.

“We are asking to have a line in the sand of when that shelter will close, and an orderly transition of our brothers and sisters to a new location, to a new home,” Howell said.

According to the state’s new timeline published in June, the transition to the new resource centers is expected to start at the end of July, and continue through the beginning of October. The closure of the downtown shelter is slated for mid-October.

Part of the email reads:

"Shelter the Homeless released an updated transition timeline to the public on June 14th outlining the revised timeframes for construction completion, operation activities, client transitions and public information. A ribbon-cutting and public open house event was held on Friday, June 22 at the Geraldine E. King Resource Center. Similar events are being planned for the two additional HRCs. Plans for the Geraldine E. King Resource Center to open is scheduled the end of July and into August. The Gail Miller Resource Center will open in late August and into September. The final Men’s Resource Center in South Salt Lake will open the end of September and into October. Shelter the Homeless has actively kept the public up to date on these critical schedule changes."

The email states that the downtown shelter will permanently close once the final resource center opens, and everyone has moved out.

"The legislature funded Department of Public Safety law enforcement support in the Rio Grande area through June 2020. It will not end in January, as stated by the Pioneer Park Coalition," the email reads.

It included this link for more information.