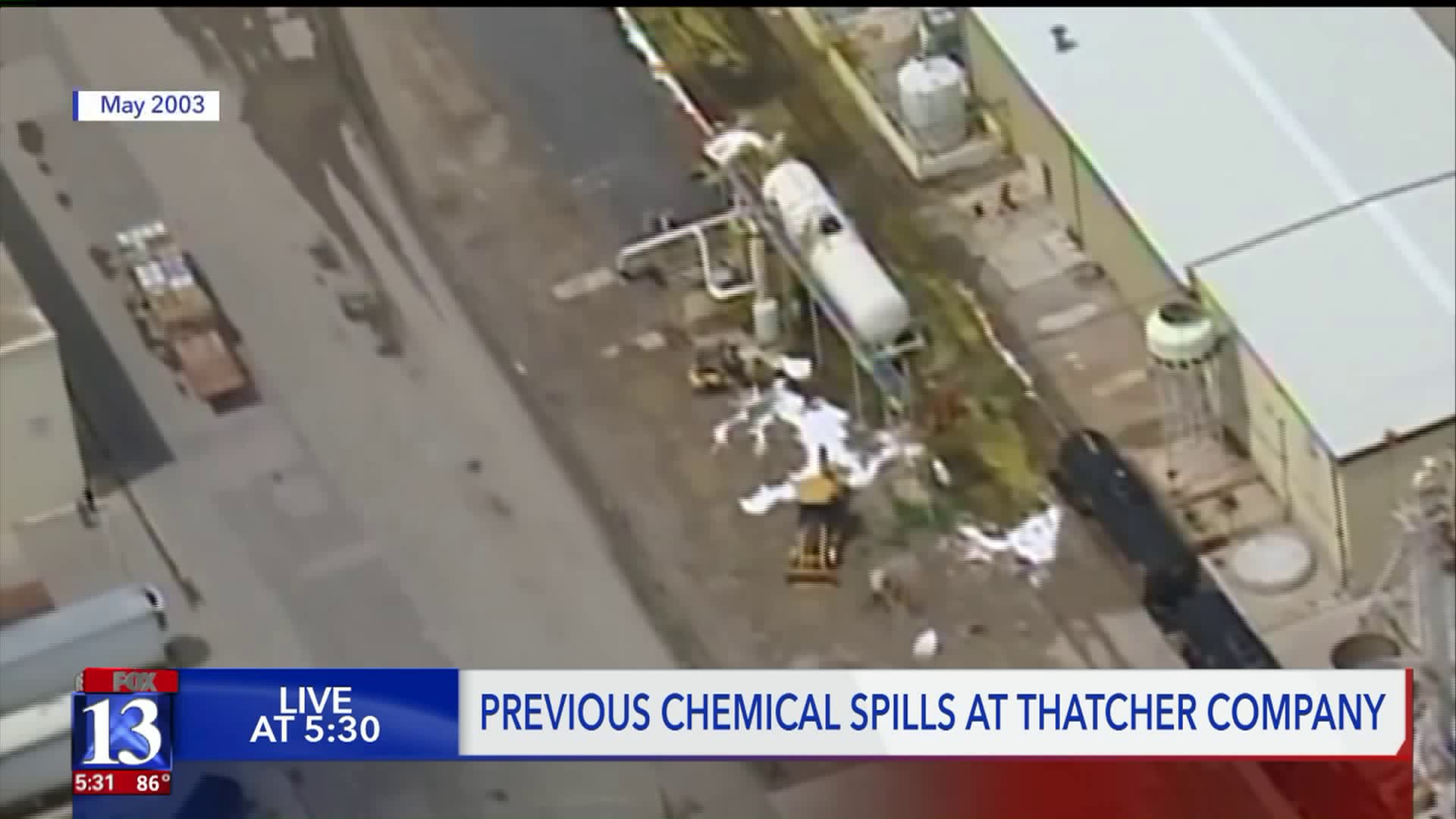 Thatcher Company`s sulfur dioxide leak Wednesday morning, injuring at least 56 people, is just the latest in a series of incidents involving the company. 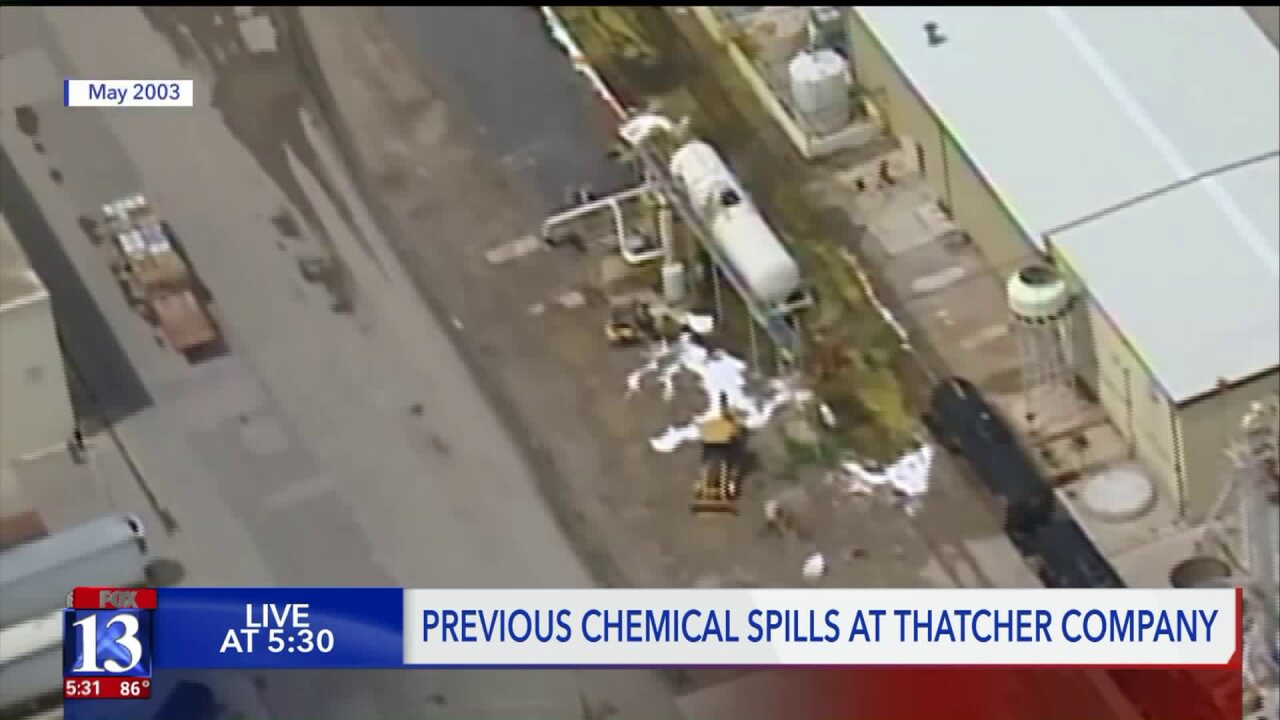 For those who have been following the news in Salt Lake City over the past 30 years, the company’s name should sound familiar. Officials with the Salt Lake City Fire Department said the company used to be notorious for spills but has since had fewer incidents needing attention.

According to the Associated Press, the same facility was responsible for a sulfur dioxide spill that affected more than 500 people. The Occupational Safety and Health Administration fined the company $175,000 and found employees responsible for 13 violations, ranging from serious to willful.

In 1998, a number of cars were contaminated by ferric chloride, which leaked from a Thatcher Company truck.

In September 1999, Thatcher Company released a thick cloud of chlorine into the atmosphere. Crews said the leak occurred when one of the pressurizers had a little too much pressure in it, allowing the excess gas to escape. Paramedics treated about a dozen people for chlorine exposure. At the time, FOX 13 reported this was the sixth incident in the past decade.

In 2001, two people were exposed to sulfur dioxide because of a leak at the facility. One of the victims was driving on Interstate 215 when he inhaled the chemical. Another victim, who worked at a neighboring business, was treated for exposure. Police blamed a “mechanical failure.”

In 2003, about 150 people evacuated from six neighboring businesses because of a hydrochloric acid spill. Crews shut down part of I-215. At the time, FOX 13 reported this was the 14th chemical incident at Thatcher Company since 1991.

In 2004, a chemical explosion at Thatcher Company created a scare for employees. One employee was doused with sodium thiocarbonate but was not hurt according to firefighters.

In 2012, the Salt Lake City Fire Department traced an ammonia-like cloud to Thatcher Company’s facility, which shut down segments of Redwood Road and California Avenue.

TJ Harward, who works next to Thatcher Company, said he refuses to drink tap water at work because he’s not sure what types of chemicals might be in the ground. He said he hasn’t experienced anything “too scary” in the past six years.

“Haven’t really had any — anything like this ever happen,” Harward said. “I’ve never been evacuated in the six years I’ve been here… I was just wondering what the heck was going on, and if it was an actual drill or whatnot, because usually when they do drills they have two guys who come in and tell us, ‘We’re doing a drill so don’t be too alarmed.’”

Harward said he did not know about the large sulfur dioxide spill in 1991 or the handful of other cases that have been in the news since.

“Every once in a while you get a little whiff of something, but nothing I guess too scary,” he said.

According to OSHA records, investigators last fined the company in 2011 for two serious violations. FOX 13 is still working on obtaining details on that case.

The Environmental Protection Agency last inspected the company 548 days ago. It started as a routine checkup, with inspectors acknowledging there have been previous violations. Thatcher Company received violations, but FOX 13 is working on obtaining details on that case.

Officials with the Salt Lake City Fire Department said Thatcher Company is “notoriously” responsible for being slow to report incidents.

In this most recent case, firefighters said victims called 911 to report the incident instead of the company. FOX 13 is working on obtaining copies of the 911 calls for further review.

FOX 13 has repeatedly reached out to representatives with Thatcher Company, but we have not received a response thus far.