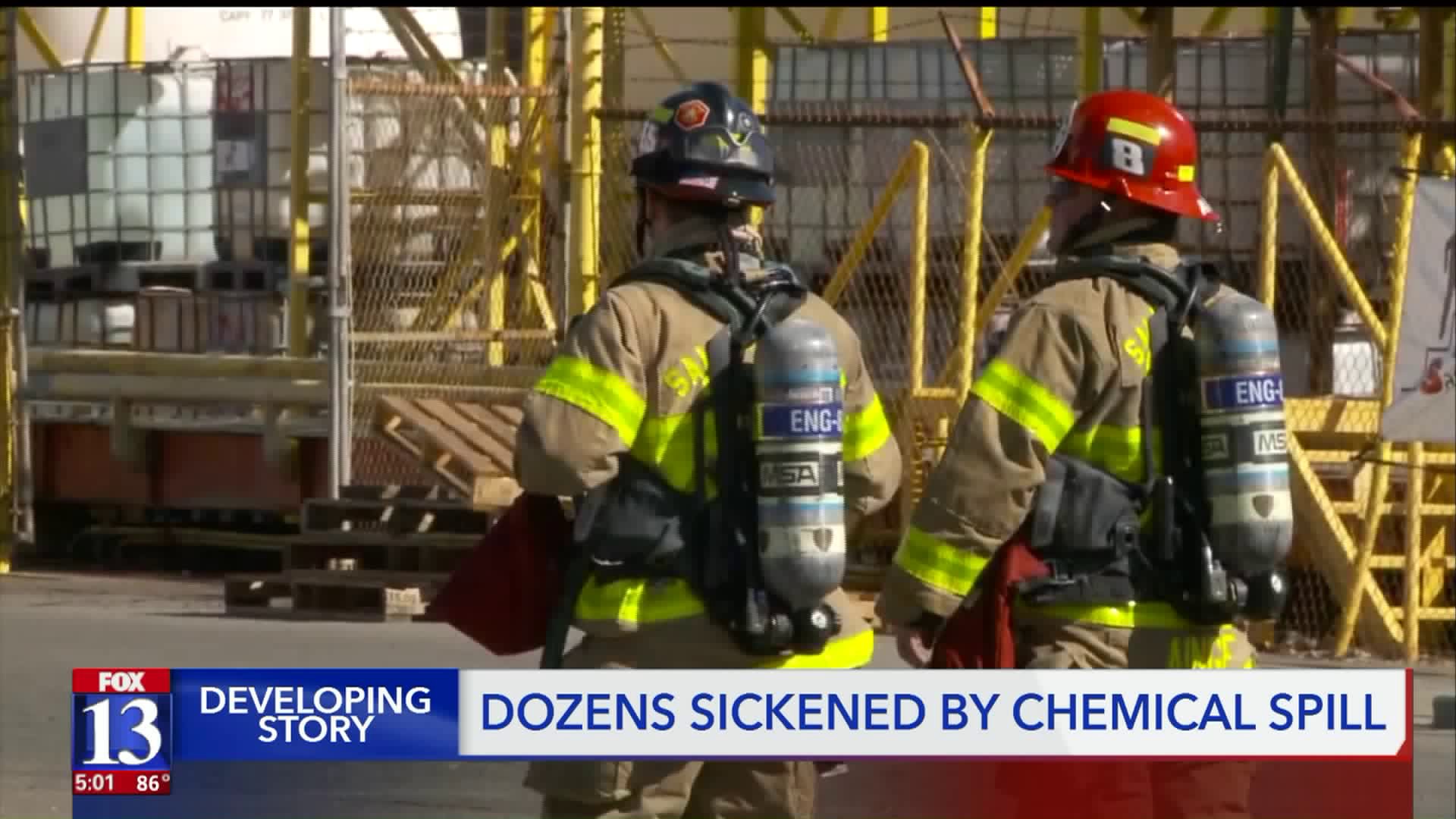 Hazmat crews responded to a chemical facility in Salt Lake City after up to 1,000 pounds of hazardous product was spilled, leaving a total of 56 potentially exposed patients. 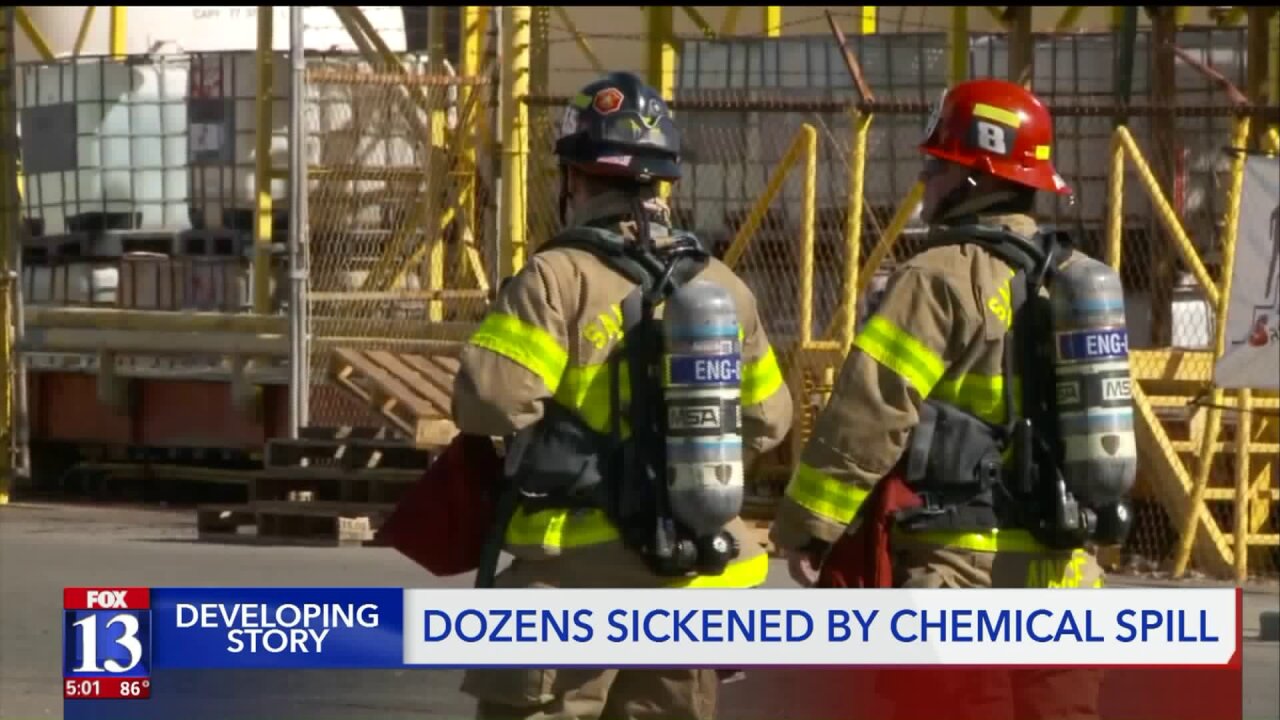 SALT LAKE CITY -- Hazmat crews responded to a chemical facility in Salt Lake City after up to 1,000 pounds of product was spilled, leaving a total of 56 potentially exposed patients.

Officials said the spilled product is sulfur dioxide, which can cause respiratory symptoms at high concentrations.

Eight patients were transported to a local hospital for treatment but have been released, according to Intermountain Healthcare Media Relations Manager Erin Goff.

Some patients were at the facility where the spill occurred, Thatcher Chemical near 1910 West 1230 South, and others were at nearby locations.

Ryan Mellor, a Division Chief with Salt Lake City Fire, said two rail cars bumped into each other, which caused some hoses to tear and product to spill.

Authorities became aware of the spill around 8:40 a.m. after several reports of an odd smell with accompanying respiratory symptoms.

“We were able to trace it down here to here at Thatcher Chemical, where initial reports say there were about 1,000 pounds of a product that was spilled from a rail car," Mellor said.

Mellor said there are several patients being treated for "respiratory symptoms" in connection with the spill. He said as the wind changes others in the area may experience symptoms and he encouraged people to avoid the area near Fortune Road and Wallace Road.

The leak has been stopped but the product spilled on the ground has not yet been contained. Mellor said between 400 and 1,000 pounds were spilled.

“The incident shouldn’t be getting bigger because the spill has been contained, but now comes the hard part—now comes the work," Mellor said.