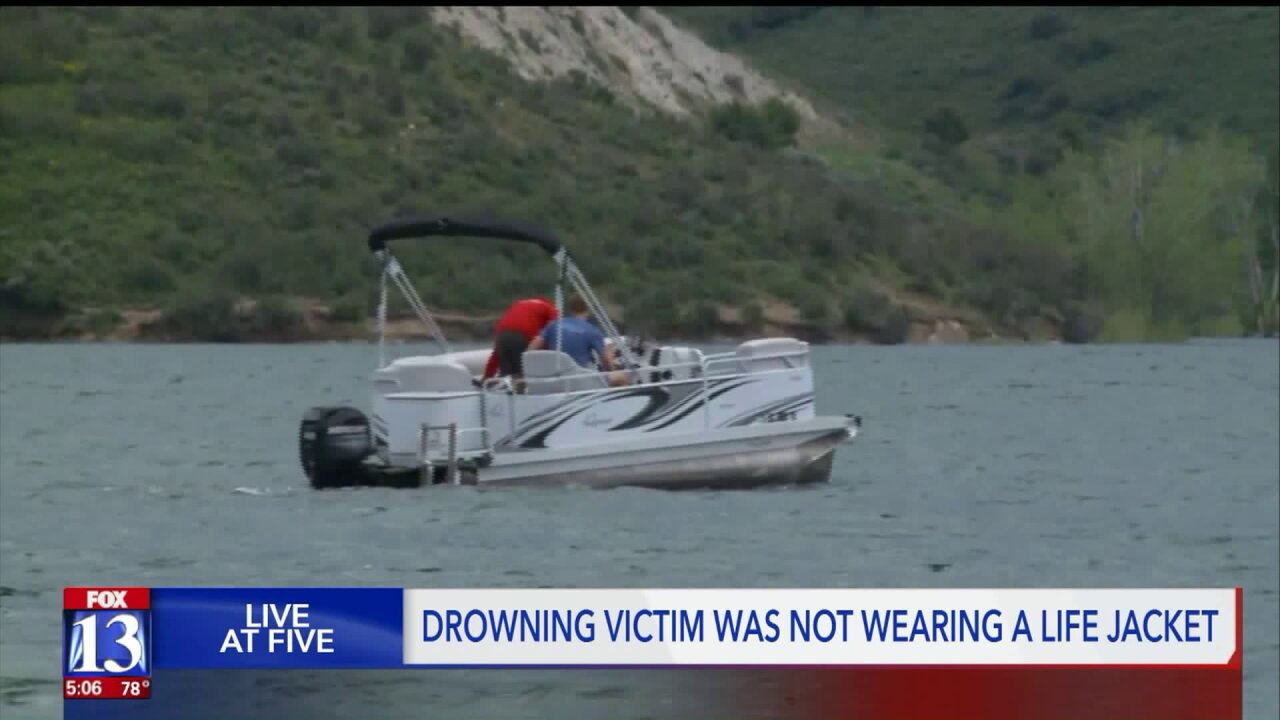 According to officials with the park, 25-year-old Shervin Rayeneh struggled while swimming and didn’t resurface until his body was recovered late Sunday evening. He was not wearing a life jacket.

To many who enjoy the water, the tragedy reinforces the importance of the safety apparel.

“It’s so cold," Troy Facer said. "Even in the heat of summer, when its 70 degrees, I wouldn’t ever swim in it without a life vest."

Facer and his family make several trips to the reservoir every summer to go boating.

“It’s quiet, There is usually only fishermen on it,” Facer said.

According to Chris Haramoto, the manager of East Canyon State Park, the water temperature is hovering around 60 degrees.

Facer knows, water that could can easily shock a person’s body.

“I don’t know if you have ever been in the water when it’s cold. It shuts everything down,” Facer said.

State law requires children 12 and under to wear life jackets if they are on the water. Haramoto believes everyone should take the time to put one on.

“It just takes some element of the danger out of the equation,” Haramoto said. “It will keep them at least, afloat so they can get medical attention.”

Investigators are still trying to determine if a life vest would have saved Rayeneh.