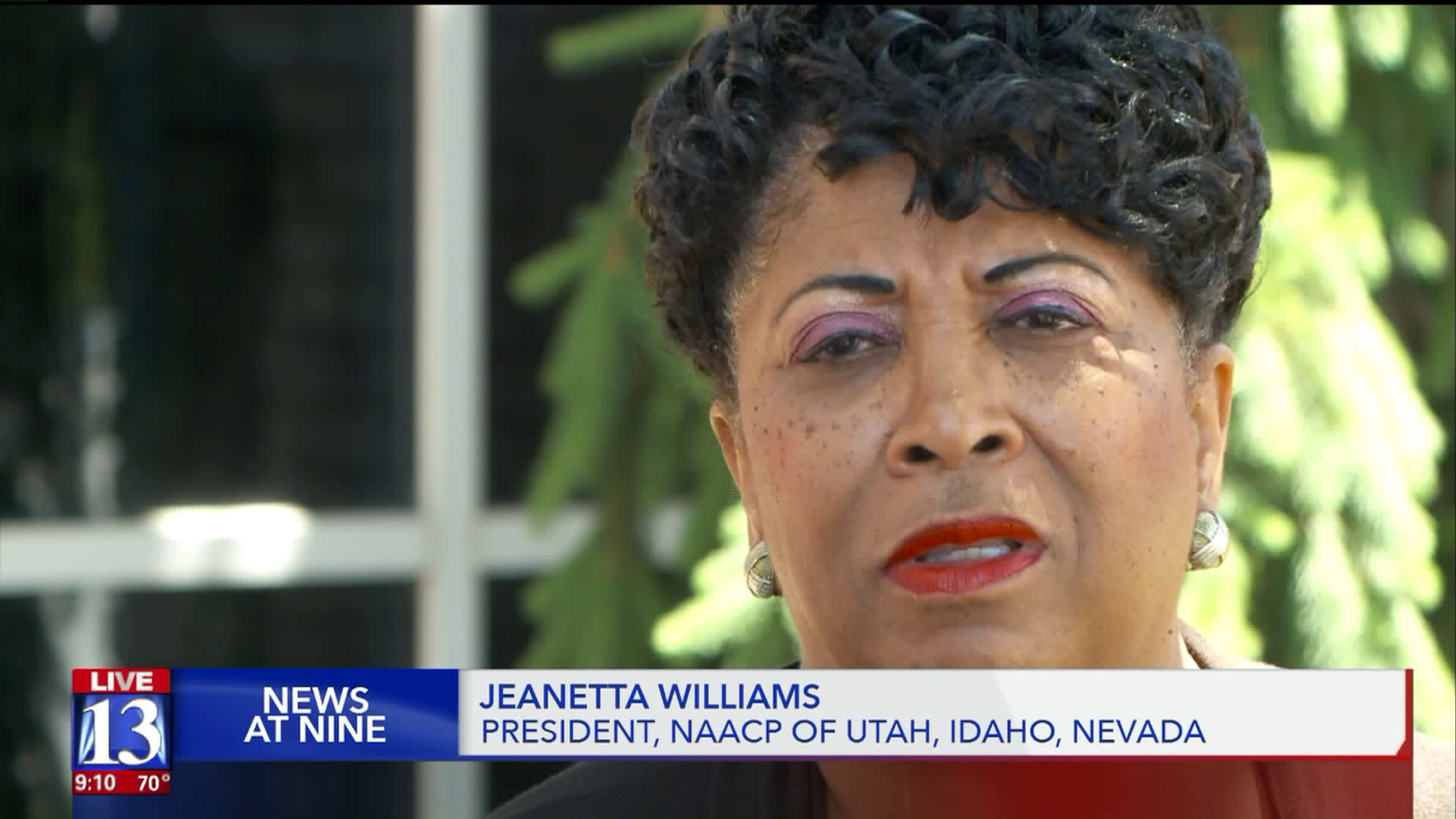 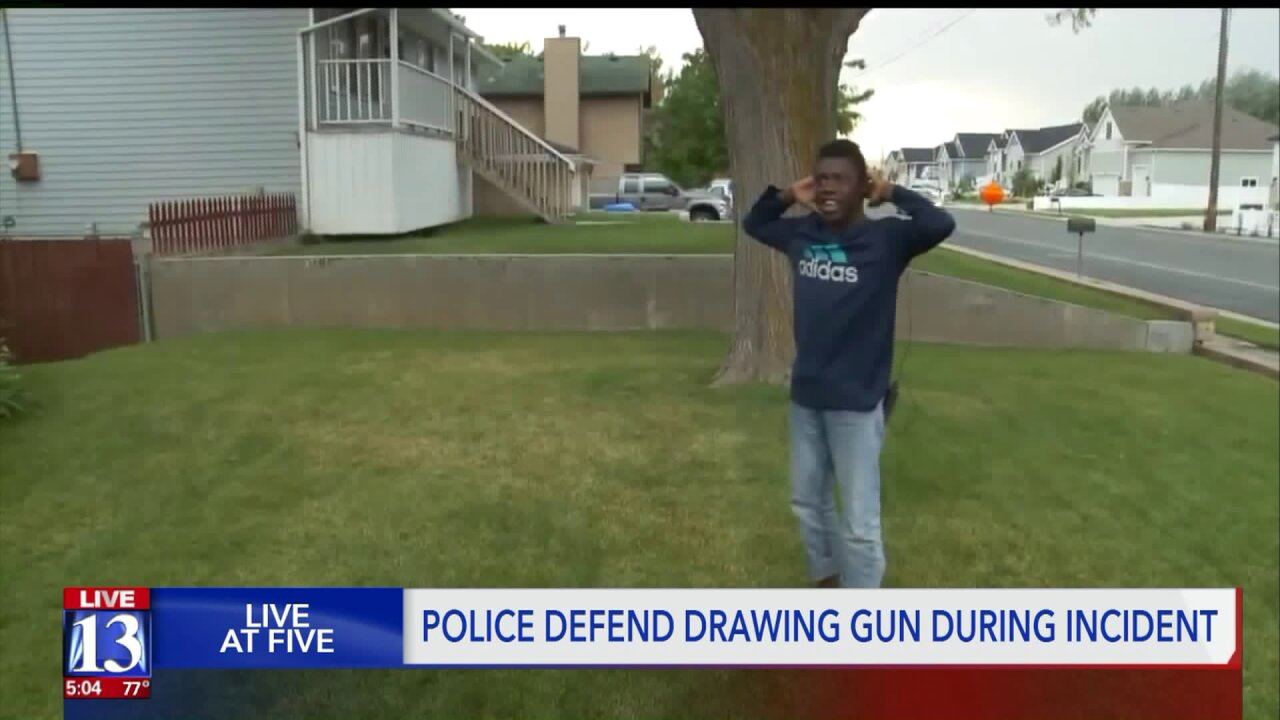 WOODS CROSS, Utah — Police gave new information on why a police officer was justified in pulling a gun on a black 10-year-old last week.

Woods Cross Police Chief Chad Soffe began Monday's press conference by apologizing to the boy and his family before going through a timeline of events surrounding the incident.

The officer in question was assisting another department in the hunt for a pair of suspects on Thursday when he saw D.J. Hrubes, 10, in his grandma's front yard. Jerri Hrubes, his mother, came out and saw the officer pointing his gun at D.J. and ordering him to get on the ground. She called for action from the department, saying she believed her son was racially profiled.

Soffe said Monday that the two suspects that the department was helping to search for in West Bountiful were black.

A lieutenant in the department said differently the night of the incident.

“We had minimal information at the time," Lt. Adam Osoro said. "We had one — possibly Hispanic — out on foot, and we knew there was at least one other suspect involved."

Soffe also shared dispatch logs that showed officers knew the suspects were black before the incident in the Hrubes family's front yard. This was all about 400 yards from where the suspects were last seeing running from their car, he added.

Soffe said the officer didn't draw his weapon until after he approached D.J., asked to talk to him and D.J. started running.

"When there is a violent crime that has taken place," Soffe said, "for officer safety and public safety of the individuals in the home and surrounding area, we would come out of our car, and if someone doesn't follow our commands, we would draw our weapon."

When the officer determined that D.J. was not a suspect,  he told him and his mother to go inside their home.

Soffe said the officer in question is a veteran of the force who acted in accordance with his training. He said they are not considering terminating the officer.

However, the officer didn't activate his body camera.

Soffe said the department's policy is for officers to turn on their body cameras whenever they get out of the car to confront a suspect.

"I do not blame him one bit for not thinking about, 'I've got to have my body camera on before I confront this suspect who may have a gun,'" Soffe said.

That doesn't sit well with Jeanetta Williams, the president of Utah, Idaho and Nevada NAACP.

"In cases like this, we wouldn't have to second guess what happened," Williams said.

Because the officer didn't fire his gun, the agency is not legally required to open an investigation for him pointing it at someone. But the department is asking the Davis County Attorney's Office to conduct an independent review.