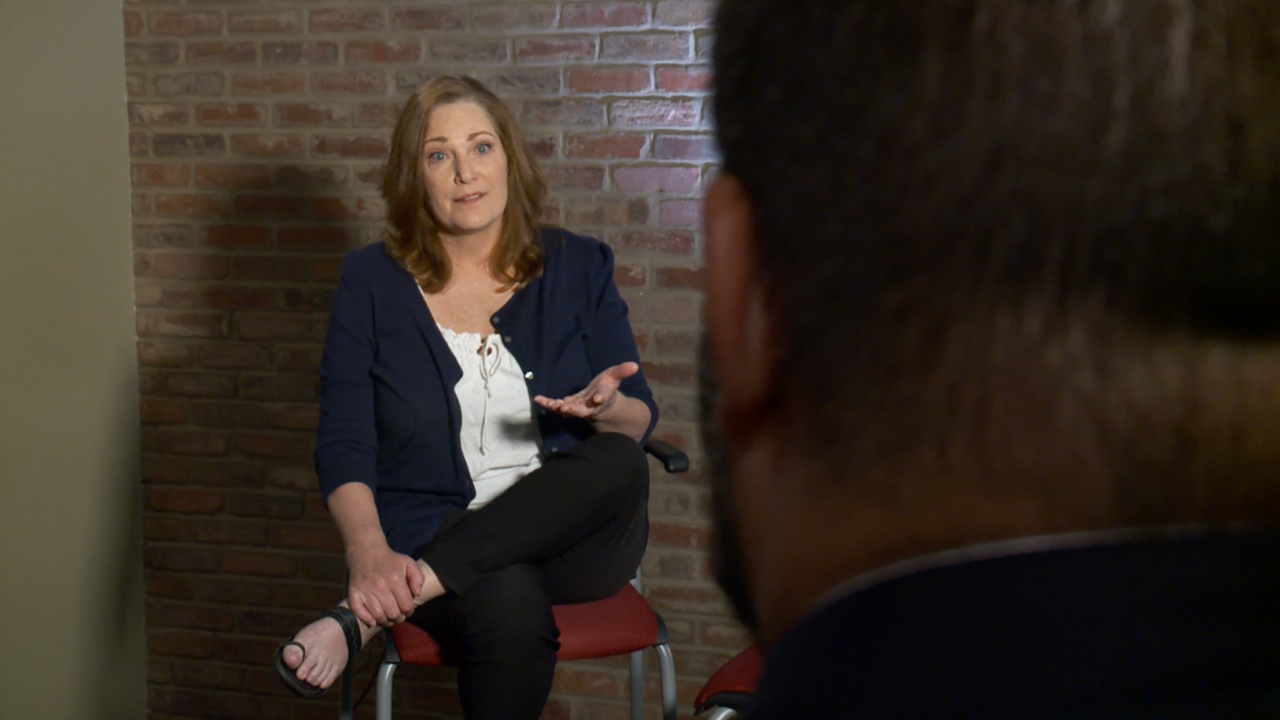 McKenna Denson, in an interview with FOX 13. (Image by Doug Eldredge, FOX 13 News)

A federal judge on Monday granted Craig Vernon and Jeffrey Oritt’s request to withdraw. U.S. Magistrate Judge Dustin Pead recently sealed portions of the case, including Vernon’s request to withdraw and a status report on the litigation filed by attorneys for the Latter-day Saint Church.

“Not at this time,” Vernon told FOX 13 when asked for comment about his motion to withdraw.

David Jordan, an attorney for the Church, also declined to comment.

Judge Pead’s order leaves Denson’s lawsuit in limbo. He has given her 21 days to find new counsel. If she does not, the lawsuit could be dismissed or a default judgment would be entered.

Denson filed a lawsuit last year against the LDS Church, alleging she was raped by former MTC President Joseph Bishop in a basement room in 1984. A federal judge dismissed Denson’s lawsuit against Bishop and most of her claims against the LDS Church. However, the judge allowed a claim to continue alleging the Church knew of problems in Bishop’s past but still put him in charge of the MTC.

A recording of her confronting Bishop, who is now in his 80s, and him acknowledging some improper behavior, wound up on the MormonLeaks website where it sparked criticism against the LDS Church over how it handles abuse cases.

Denson recently stated in an interview with FOX 13 that she has faced intimidation that she believed was tied to her lawsuit. She said someone spiked her orange juice with Drano, torched her car and jumped her outside her home, breaking her nose, wrist and finger.

The interview prompted questions about those claims and others she has made in the past. In postings on social media, many former supporters have confronted her and now say they believe she is making them up. In YouTube videos, one former supporter angrily confronts her about past claims and calls Denson a “grifter.”

“Searching for a bigger law firm. I will set the record straight regarding the allegations made against me, at the direction of my new attorneys,” Denson told FOX 13 on Monday.

In the meantime, Judge Pead has stayed all pending litigation in the case.