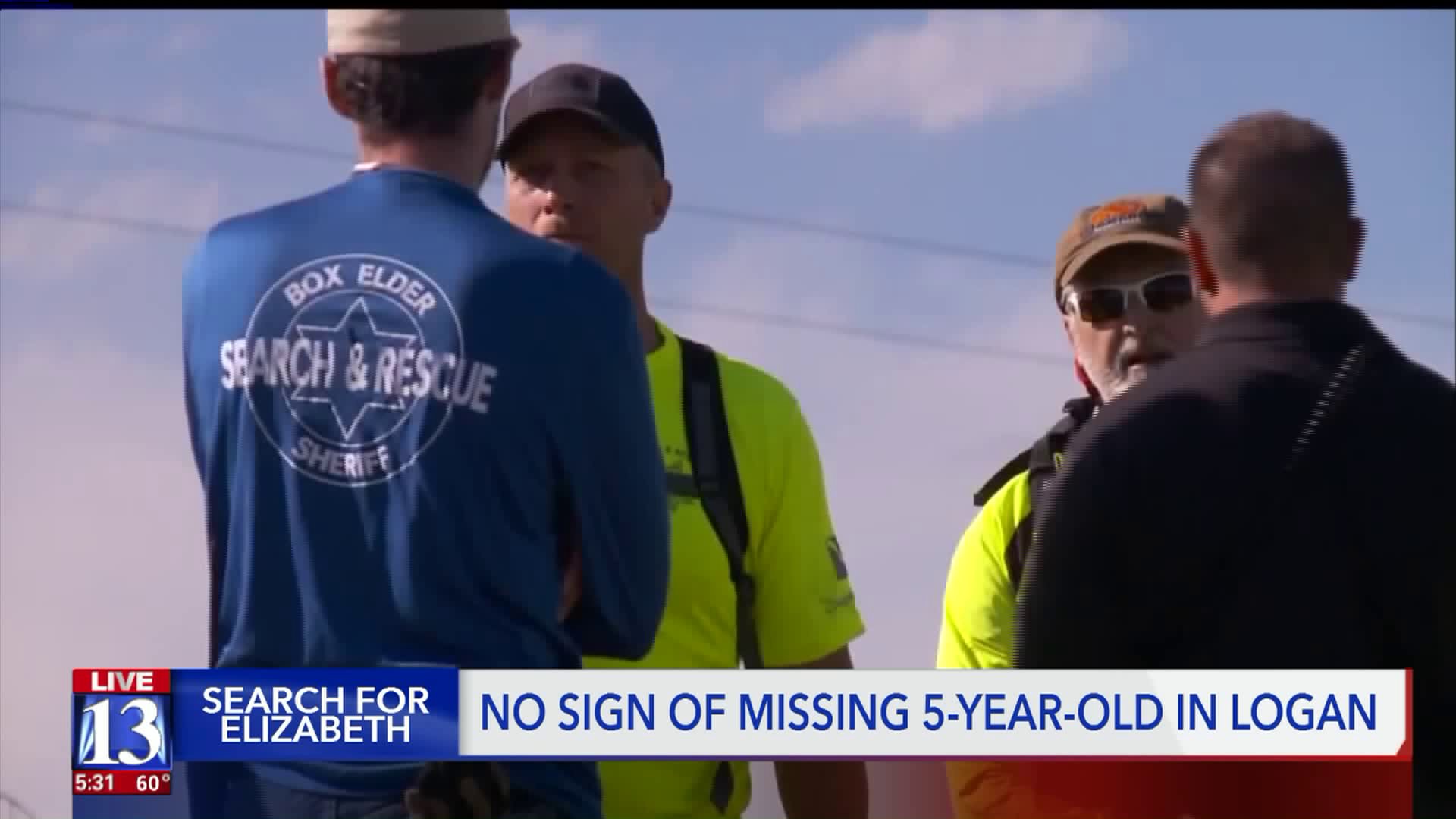 Lauren Steinbrecher`s latest update on the search at 5:30 Monday. 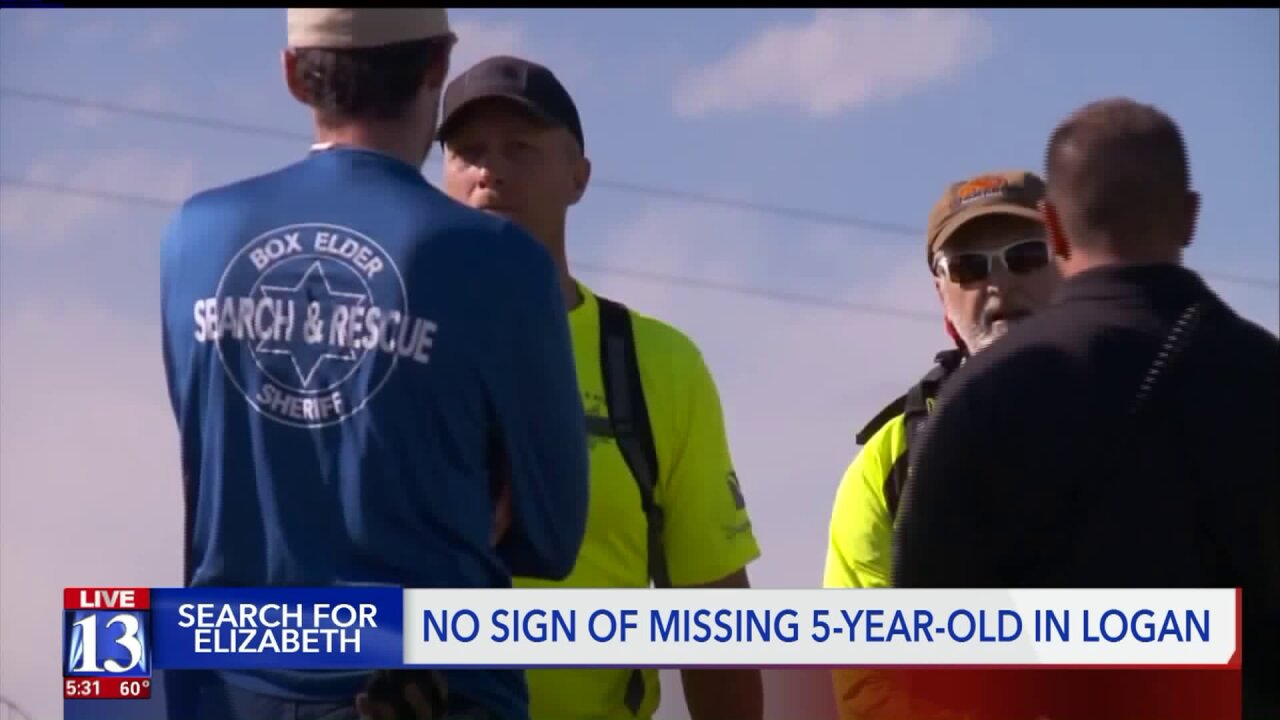 LOGAN, Utah -- Logan Police have tested evidence that links missing 5-year-old Elizabeth Shelley to her uncle, and they said that man is in custody but not cooperating with the investigation.

The search continued Monday  for Elizabeth "Lizzy" Shelley, and Logan Police provided new details about the timeline and evidence in the case.

Capt. Tyson Budge of the Logan Police Department said 21-year-old Alex Whipple came to the girl's home unexpectedly Friday night, and when her family awoke Saturday around 9 a.m. the man and 5-year-old girl were gone.

The family searched briefly on their own before calling police.

“Not very long into the investigation officers were able to locate some evidentiary items not too far from the residence," Budge said. "These items have been forensically tested and they do link Mr. Whipple to our missing child, Elizabeth. They also have evidence that links them to the residence that they were in, and also links them together outside the home.”

Budge said they have located multiple scenes with such evidence. Whipple was located around 3 p.m. Saturday at the south end of the valley in a rural area. He was on foot and police said he had drug paraphernalia on his person.

He was booked into jail on an active warrant issued after Whipple absconded from probation. Logan Police interviewed him and said he was not cooperative.

"He made some statements that we were able to verify as untrue very quickly into this interview because of the knowledge we had of his whereabouts previously," Budge said. "Everything he has done has been quite deceitful and we have no reason to believe anything he told us was accurate.”

Police have executed search warrants on the home in question and several nearby areas, and they are asking those who live nearby to check their surveillance footage and their property for anything suspicious.

The department posted on Facebook Monday stating that "a request was put out" for volunteers to help search, however they are not requesting volunteer assistance at this point in the search.

"We have over 200 law enforcement officers from a dozen agencies including local, State and Federal officers," the department states.  "We hope you can appreciate the sensitive nature of what is occurring. Please be patient. We understand the frustration and the many willing persons who want to help with this search. As soon as we have that need we will reach out."