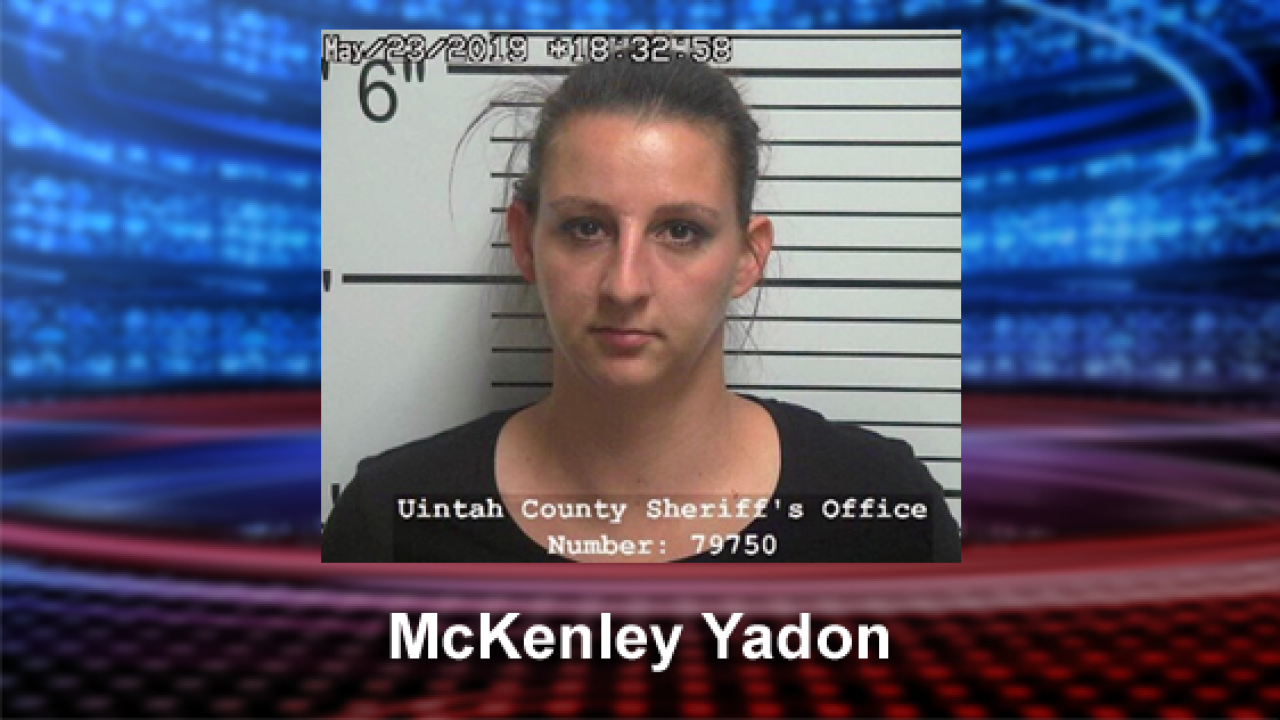 VERNAL, Utah — A woman has been booked into jail and faces charges of aggravated murder and child abuse after police said she admitted to smothering her 3-year-old stepdaughter.

McKenley Jordan Yadon was arrested this month for the death of her 3-year-old stepdaughter, who died after arriving at a hospital with serious injuries on March 14.

According to a statement of probable cause, the child had severe bruising that medical experts said did not match the woman’s account of what happened to the young girl.

An autopsy determined the girl died in a homicide and was smothered. Police interviewed Yadon after the autopsy and said she admitted to using a blanket to smother the child until she stopped breathing.

The woman and child were the only ones at the home at the time, except for the victim’s infant brother.

The woman told police she, “had been planning and thinking about doing this act for two or three days prior” to the girl’s death and gave specific details regarding the child’s death, the documents indicate.