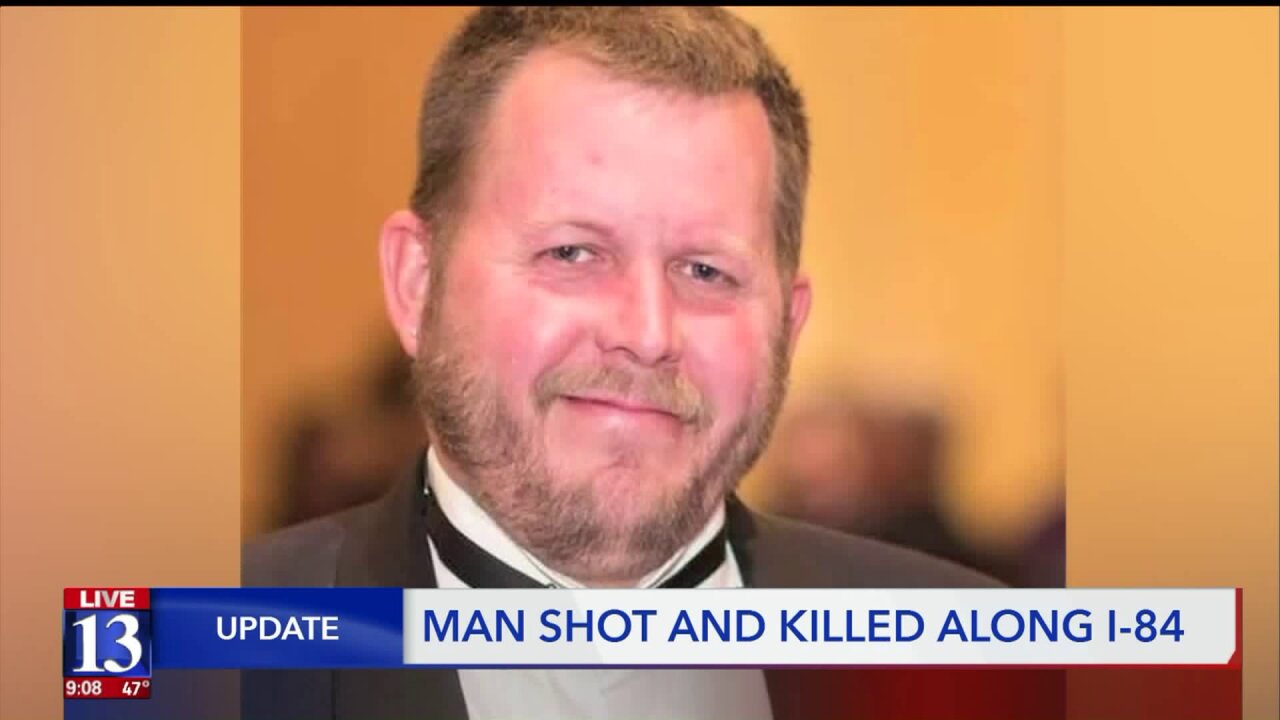 SALT LAKE CITY — Salt Lake City’s LGBTQ community is mourning the loss of a man killed in a shooting as he drove on the highway near the Idaho-Utah state line Wednesday.

The name Dennis Gwyther means a lot to people like Michael Aaron, editor and publisher of Q Salt Lake Magazine.

“His hands were in all of the bigger events that we've done,” he said.

From helping at large events, to being involved with businesses like LGBTQ bar The Sun Trapp, Aaron said Gwyther was known for big ideas and coming through with them.

“He was one of those people who would constantly just think of ways to make our community better,” Aaron said.

That’s why when Dennis’ name came up Thursday as having been shot dead, Aaron was in disbelief.

“You know that name and you’re just thinking, ‘Okay, it can't be my friend who was just killed last night,’” Aaron said. He was driving when he found out, and immediately pulled over to the side of the road to see if it was true.

According to Utah Highway Patrol, Gwyther was on the way to Boise for work as a flight attendant with a colleague, when out of nowhere a man in another car shot at Gwyther’s vehicle, killing him.

Gwyther’s colleague was shot in the arm, and UHP said he was sent to the hospital.

The two weren’t far from Snowville on I-84.

Jonathan Llana faces charges of aggravated murder. As of Thursday evening, he was still on the run after a manhunt turned up nothing.

UHP said Thursday they don’t know what led to the shooting.

“You want to understand, and to some degree, why?” Aaron said.

As he thinks about his friend, Aaron thinks of times Gwyther helped organized events in the LGBTQ community, and Gwyther’s outgoing, sarcastic personality.

One event that came to mind—the time Gwyther organized a mass wedding reception just a couple weeks after the legalization of gay marriage.

At the time, couples were rushing to the courthouse to get married, fearing the ruling would get overturned.

“He had the idea of creating a mass reception for everybody,” Aaron said, with a smile. “Because they were showing up in their pajamas to get married, and obviously they didn't have a reception and everything.”

2,500 people showed up to the mass reception, he said.

Aaron said Gwyther was a tech guy, who usually helped out by providing sound and lighting at the events.

That’s exactly what he did for a rally in Salt Lake City following the Pulse nightclub shooting in Orlando.

Aaron said rain was in the forecast, so Gwyther showed up with a large covered stage to give a place for the speakers to stand without worrying about the weather.

He has a story from The Sun Trapp, too—where Gwyther was more recently known as being part-owner of the establishment.

After a tornado hit downtown Salt Lake City in 1999, much of the area lost power. Aaron said Gwyther pulled up in a truck with cables and a generator to get The Sun Trapp back up and running, giving people a place to convene.

“He had a lot of big ideas,” Aaron said.

Big ideas, from someone who was a big part of the LGBTQ community—making for a huge loss the community is now trying to understand.

“I'm still reeling from this,” Aaron said. “I haven't actually processed all of this.”

Gwyther’s husband, Matt Gwyther, put out a statement on Thursday evening about his husband’s death:

Dennis Rowley Gwyther was a loved husband, father and brother.

He loved his family. His family was the most important thing in his life. He married Matthew Gwyther, the love of his life, the day gay marriage was legalized in Utah 12/10/13. He enjoyed being the bonus dad to his two teenage kids.

Loved to have fun and laugh. A kid inside an adult body.

Always kidding around and playing jokes.
Loved gadgets. A literal genius when it comes to technology. He could create anything especially if it involves wiring. He did sound and lighting for many clubs in Salt Lake.

He was an entrepreneur and always looked for new opportunities.

He was a strong advocate for LGBTQ rights and used his connections to help wherever he could.
His life was tragically taken while commuting to his job as a flight attendant based out of Boise. We are still in shock and have not processed much as the suspect is still at large and investigation is pending. We want him caught and swift justice.

SkyWest Airlines, where Gwyther worked as a flight attendant, sent this statement to Fox 13:

We were shocked and saddened to hear of the tragic death of Dennis Gwyther, a team member and flight attendant. We express our sincere condolences to his family and friends and support law enforcement personnel in their investigation.