Busiest weekend of year coming up for many national, state parks 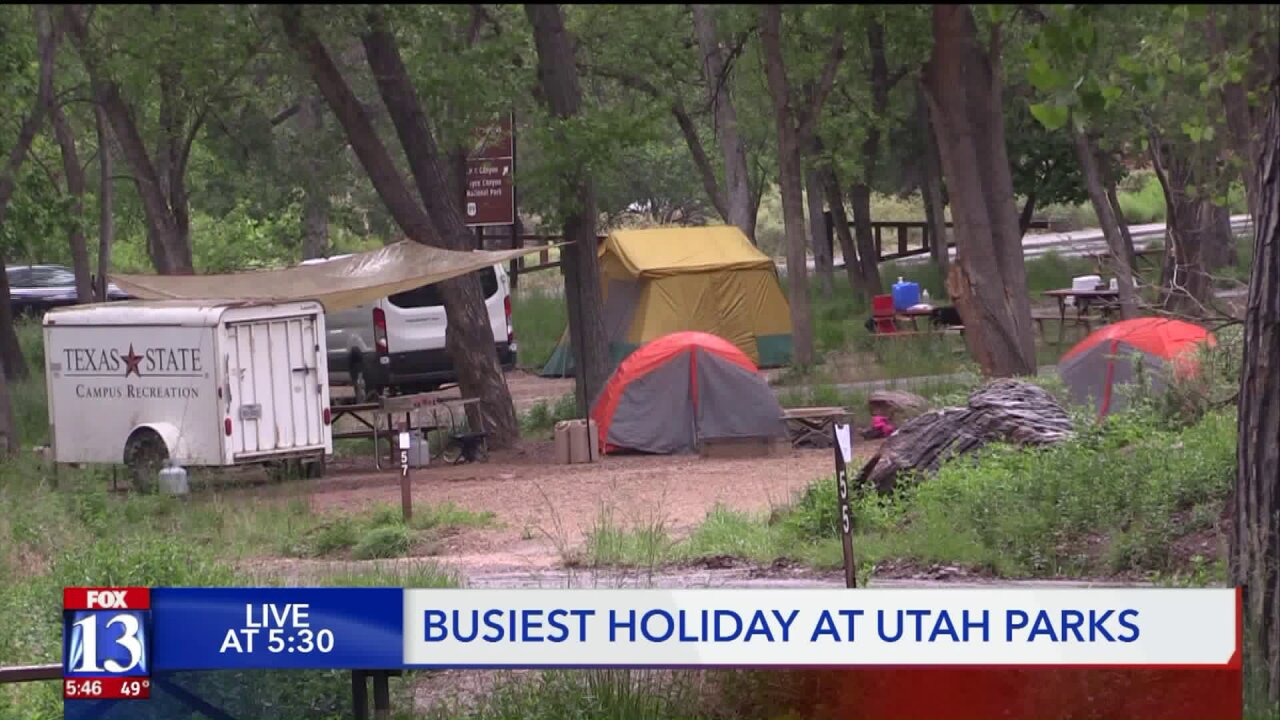 SPRINGDALE, Utah — If you want a place to wait in line with 86,000 or more people this weekend, look no further than Zion National Park.

Memorial Day weekend is the busiest at Utah’s busiest park. And Zion isn’t alone. Arches and Canyonlands also reported that Memorial Day is their busiest weekend of the year.

We caught up with tourists who grabbed the last available campsite for tonight, and they said they’ll be getting up early to hike.

“We’re hoping to hike Angels landing tomorrow, and the ranger said it's going to be so busy that we should arrive around six a.m.,” said Leila Mahmoud, visiting Zion from Bloomington, Indiana.

State park campsites are also largely booked, though some parks may have primitive and tent-only sites available.