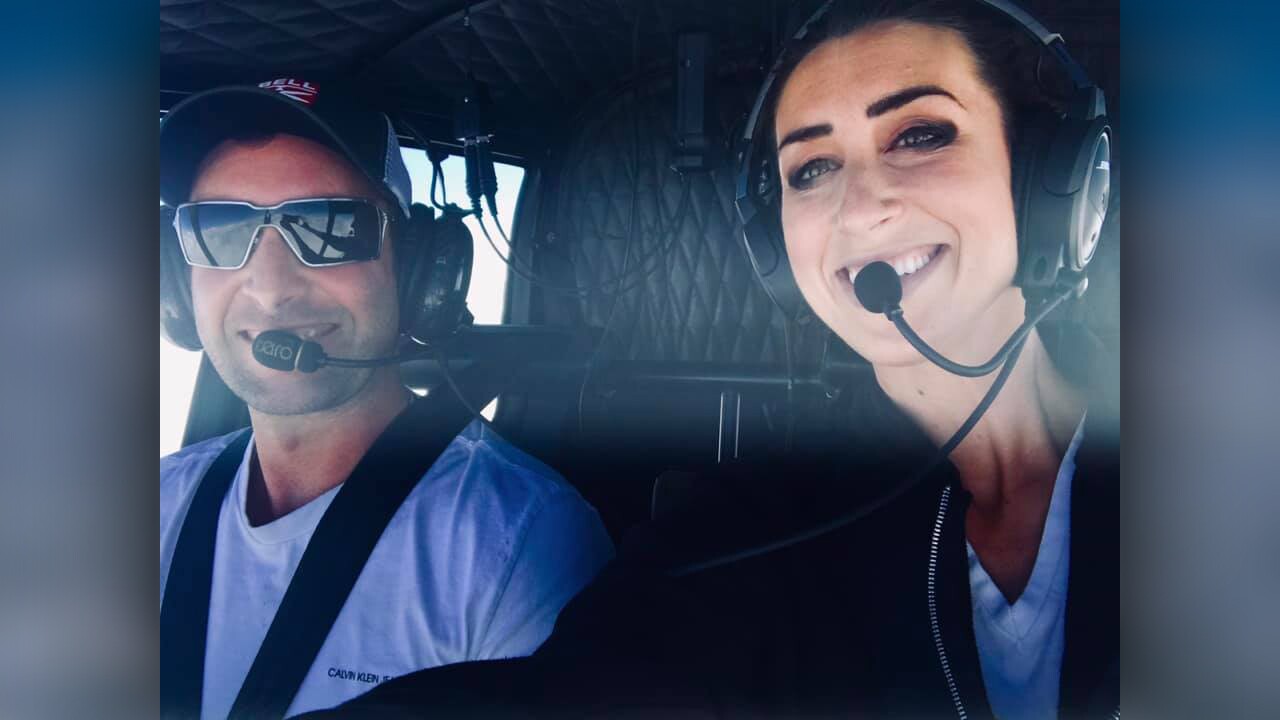 In a press release, Sgt. Spencer Cannon of the Utah County Sheriff’s Office identified Benno Anthony Penna, 32, and his wife Megan Hawk Penna, 32, as the victims of the crash.

This comes after wreckage of the helicopter was found between Schoolhouse Spring Trailhead and Lone Peak on Friday.

According to the press release, deputies with the Utah County Sheriff’s office received reports of an overdue helicopter around 3 p.m.

Family members also reported their helicopter was overdue after their 2 p.m. arrival time had passed.

After halting search efforts Friday night, the Utah County Sheriff’s Office, SAR volunteers, and NTSB and FAA investigators returned to the scene Saturday morning where they recovered the couple’s bodies that afternoon.

The couple posted pictures and video to social media of the flight that was possibly just moments before the crash.

The Pennas were from Ballard, a town located in Uintah County.

They leave behind two children: a six-year-old boy and a five-year-old girl.