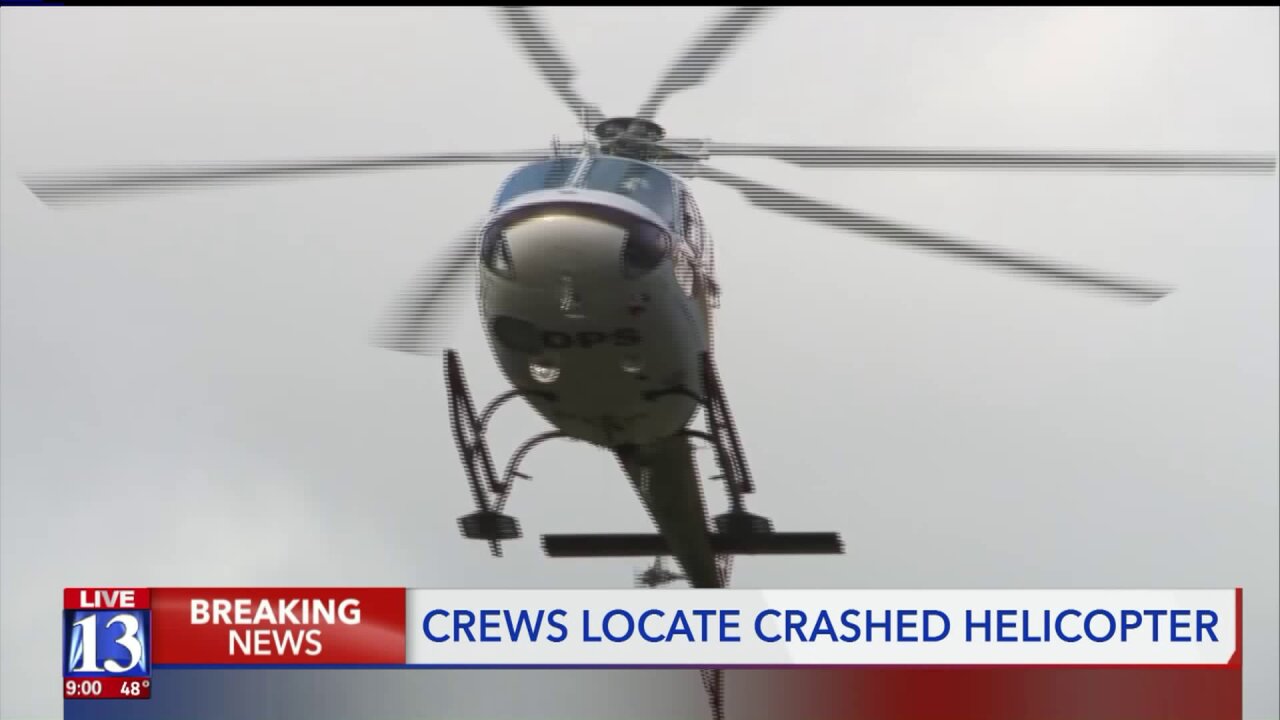 The wreckage of the helicopter was found Friday about halfway between Schoolhouse Springs Trailhead and Lone Peak, an image tweeted by Utah County Sheriff’s Office Sgt. Spencer Cannon showed.

Cannon announced Saturday afternoon that the occupants’ bodies were recovered and identified. Their names will not be released until Sunday at the earliest after police have told “young family members.”

“I don’t believe it’s in the snow.  If it is, it’s on the very lower reaches of it where it’s located,” Cannon said.  “We all saw the weather we had this afternoon.  It’s entirely possible it could have been weather-related.”

The helicopter was reported overdue by a relative of a person on board to the Air Force, which informed UCSO.

FAA and National Transportation Safety Board will investigate the crash. NTSB is the lead agency and normally takes about one year or more to determine a probable cause for an accident, according to the FAA.