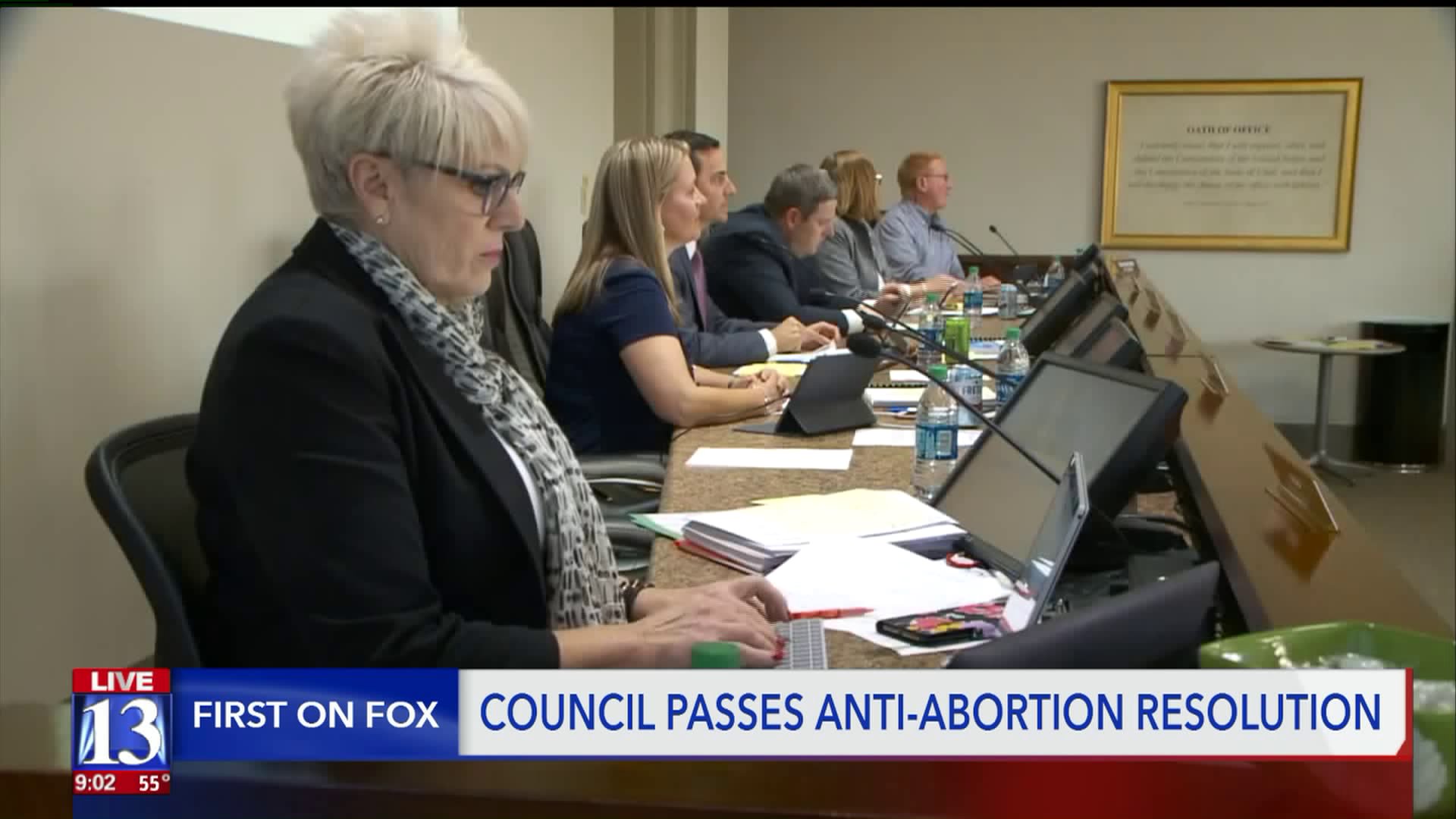 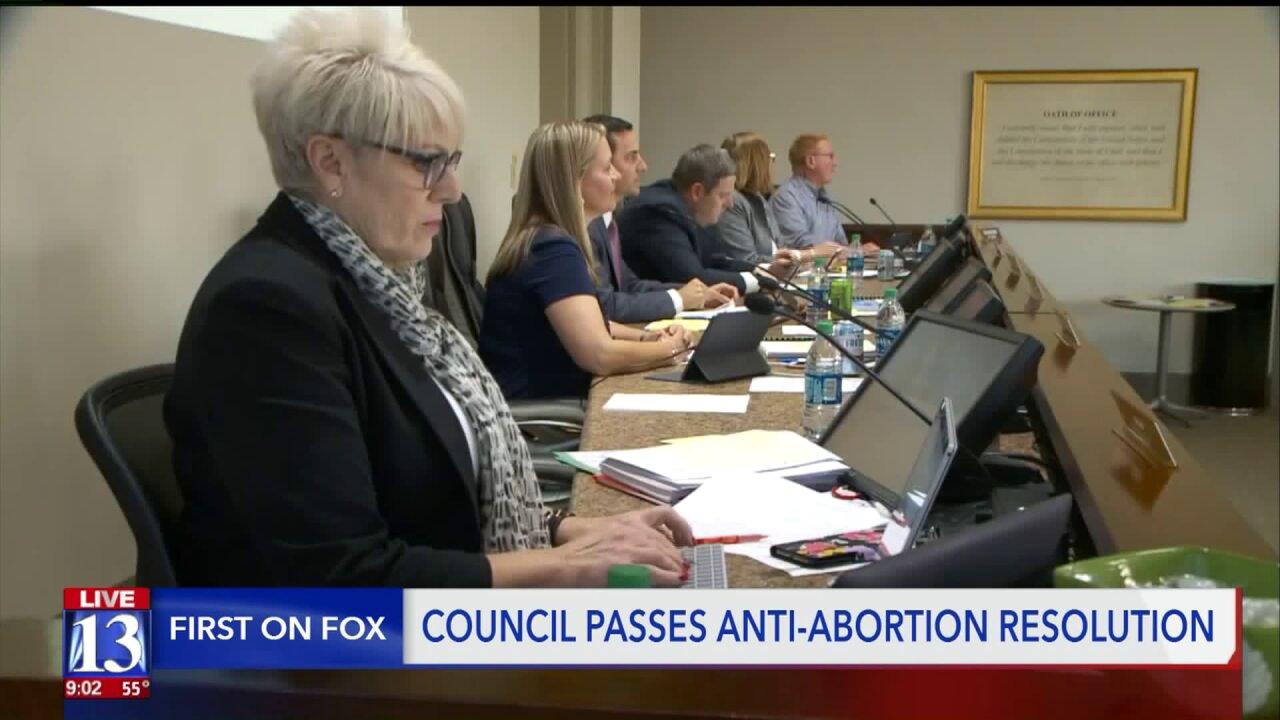 RIVERTON, Utah -- It’s a surprising issue for a small city to address, but on Tuesday evening the Riverton City Council made it clear where they stand on abortion by passing a resolution against it.

Residents gave public comments as polarizing as the topic itself—with some against the city expressing an opinion on abortion, and others supporting the unprecedented resolution.

Abortion is not something you’d normally find on a city council agenda, but council member Tawnee McCay said she wanted to represent herself and her neighbors to the rest of the state.

“I think that the government that is the closest to the people, is able to voice the people's views the best,” she said.

She introduced the “Resolution in Support of Human Life,” which states it expresses, “the City’s opposition to any efforts, including efforts that would deny healthcare providers the opportunity to object on moral grounds.”

The resolution outlines types of organizations it supports.

“I tried to not just make it anti-abortion,” McCay said. “I really tried to make it, how can we help women so that they don't find themselves in this situation where they have an unplanned or unwanted pregnancy?”

At the council meeting Tuesday evening, residents and speakers from anti-abortion groups commented on the resolution.

Some explained that they thought the city council was crossing a line.

“This is not a city issue, this is a state issue, and you guys need to focus on the city,” one Riverton woman said.

“I contend that this issue is about personal agendas, not Riverton City Council business,” said another.

Others expressed support for the resolution.

“I think it's a wonderful opportunity for we as citizens to take a stand,” said one woman.

“I would like to applaud you all for bringing this to the forefront,” another Riverton woman said.

Ultimately, and McCay acknowledged this, city councils don’t have authority to decide laws on abortion.

McCay said she can’t change the state law, but she can show support to the state.

The state’s new law banning most abortions past 18 weeks of pregnancy was put on hold while a lawsuit moves forward in federal court.

“I decided that it would be good idea if our city did a resolution, to communicate to the state that we were in support of some of the actions that they’re taking,” McCay said.

Before the city council took their vote, council members said they aren’t passing a law and they aren’t trying to change laws, but they are taking a stand.

The council passed the resolution, with one member abstaining.

“I know that a resolution-- it doesn't change a city ordinance, an act, a state law,” she said. “But it is voicing our opinion, and the things that we’re passionate about.”