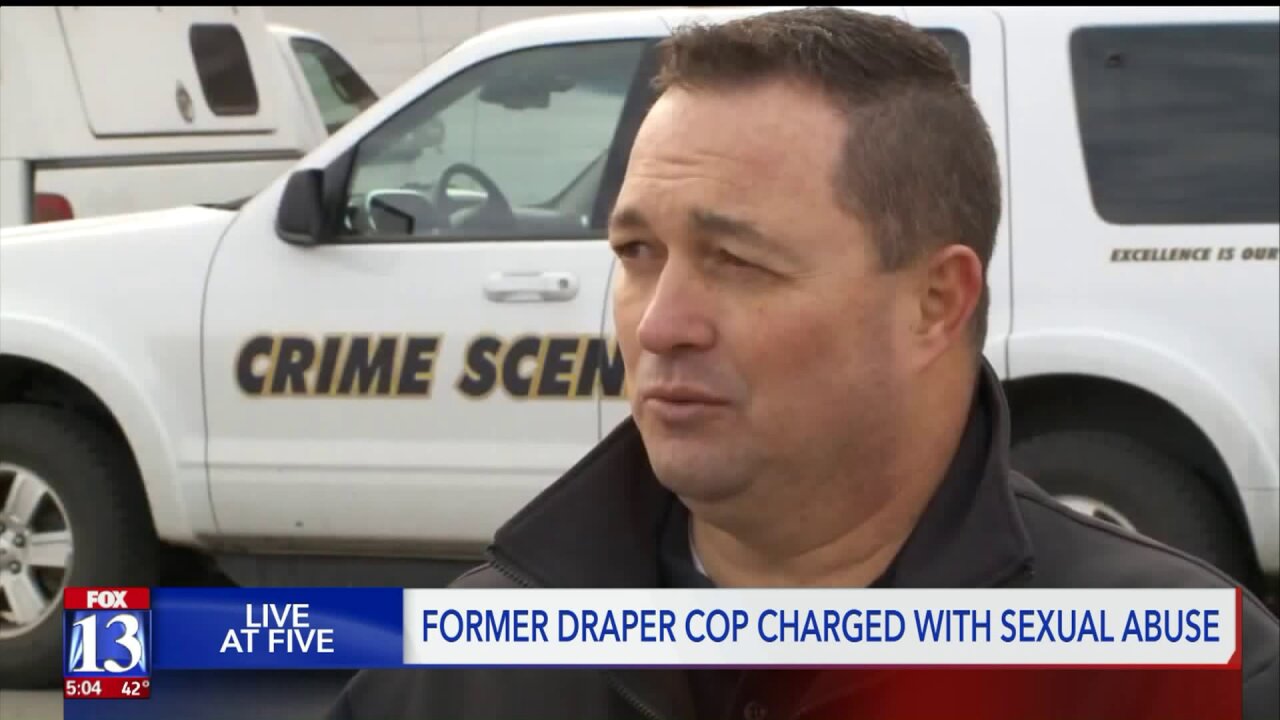 SALT LAKE COUNTY -- A former lieutenant with Draper City Police has been charged with sexually abusing another police officer in his department.

Carpenter called a Draper City detective into his office to talk.

“She had undergone some breast reduction surgery and he called her into his office, had her shut the door, and then as we stated in the probable cause statement he lifted her shirt up, unzipped her bra and touched her breast,” Salt Lake County District Attorney Sim Gill said.

The woman left the office crying and said Carpenter approached her two weeks later to state "You know I love you right?" Carpenter told the detective they had a special relationship and she could come talk to him whenever she wanted, the document states.

Gil said there was no consent and charges were filed April 30.

"Our Office take sexual assaults very seriously and anybody who is a victim of that who is not consented to any of that kind of contact," Gil said. "As we stated there in our probable cause statement she has suffered from anxiety as a result of that work relationship as well as it was traumatic to her."

Draper City released a statement that says in part "it supports the legal process in this matter."  It went on to say "Draper City has a strict city policy regarding any type of harassment and harassment in the workplace is addressed in the Draper City Human Resources Policy Manual.”

Carpenter was placed on leave back in March after the city received a complaint, and he submitted his resignation a short time later.  The city did not disclose the details of that complaint at the time.