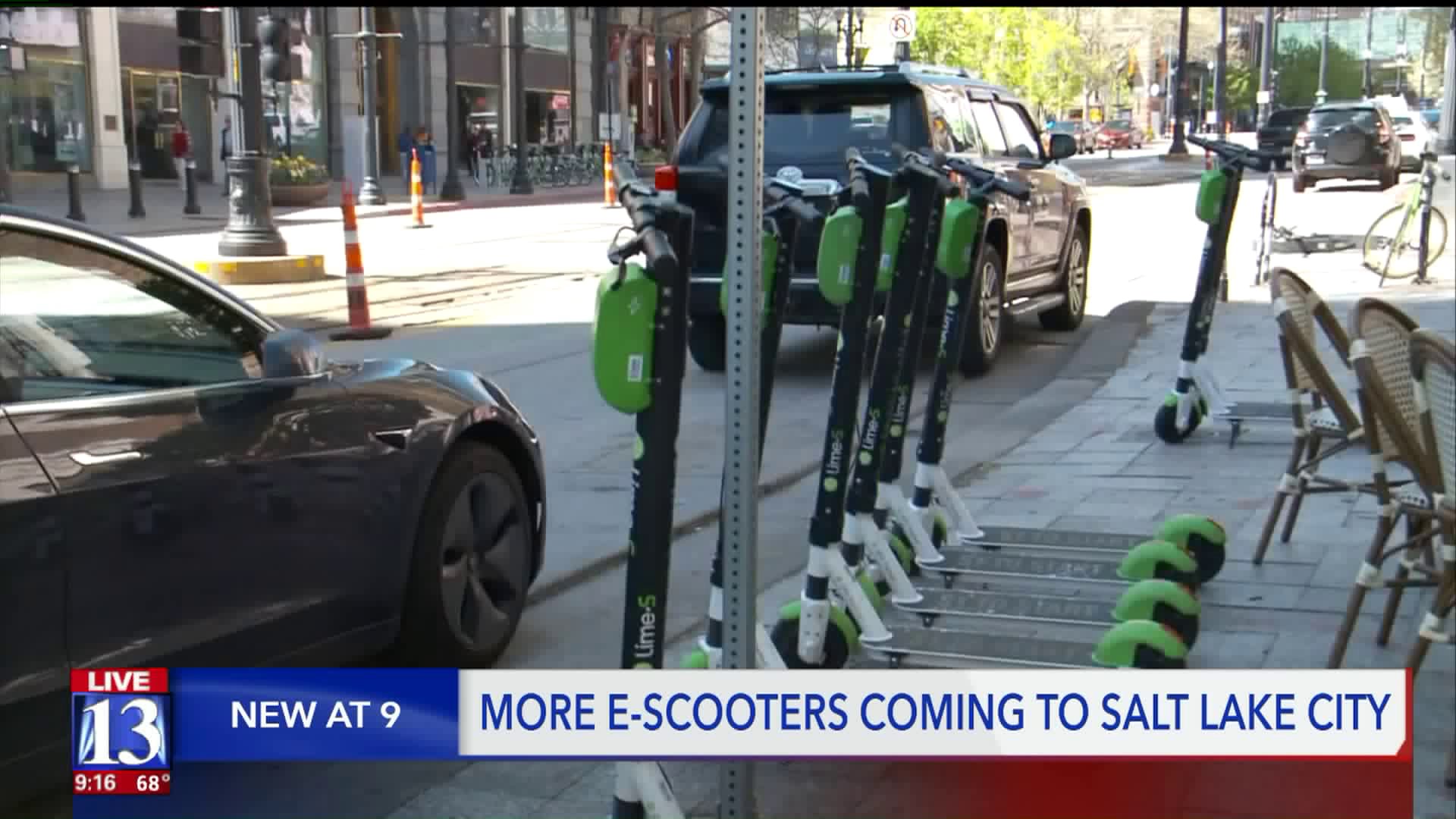 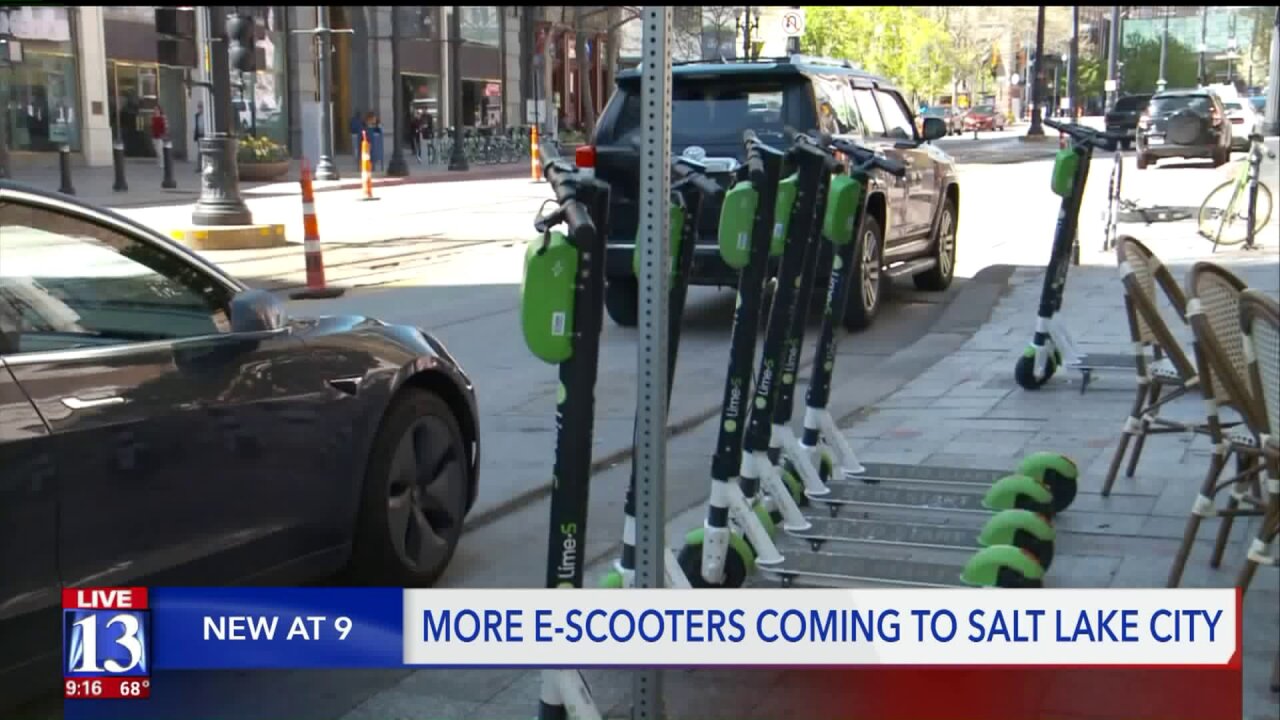 Head to the streets in Salt Lake City and you will see a new addition to the electric scooter world.

Bright orange ‘Spin’ scooters will now be joining the white ‘Birds’ which launched last June, and the green ‘Limes’ that came soon after.

Each company is allowed to have up to 500 scooters, meaning if you add it all up, you could now be seeing upwards of 1,500 scooters on city streets.

The thing is, this most recent company, may not be the last.

“Right now anyone who’s interested during the pilot period, they can launch,” Larsen said.

“We’ve probably heard from about ten scooter companies since last summer,” said Larsen. “There have been one or two other companies that have also gotten business licenses.”

The scooters have zoomed into Salt Lake alongside a slew of compliments and complaints.

Among the most common issues — users operating scooters at high speeds on sidewalks instead of bike lanes, and leaving them littered around the city to block thoroughfares and sidewalks, or on private property.

While all users agree to a set of regulations from each prospective company before they can start their ride (like not exceeding 15 miles per hour, staying off sidewalks and proving appropriate parking with a photo), but without any ordinances in place, actual enforcement of the rules has been seemingly non-existent during the ongoing pilot phase.

The city is working to draft a permanent ordinance that would address the frustrations that have coincided with scooter mania, providing a clear set of expectations and a system for enforcement.

“I think [an ordinance] would give us the chance to really tighten down the regulations on where to launch, where to ride,” Larsen said. “Having designated parking areas, once you have an ordinance in place, then we can actually have a fee structure in place.”

The goal would be to scale back to just two companies, with a flexible amount of scooters, according to the city.

However, bringing that ordinance to fruition is a lengthy process. The city said a draft is not expected to be complete until late summer or fall.

“Right now we really want to understand what all of the issues are so that by the time we’re moving with long term plans we really know what we’re doing,” said Larsen.

The city is currently looking for feedback on issues people are having or things they are liking about the scooters.

Until an ordinance can be enacted they ask that residents, “Hang with us,” Larsen said.