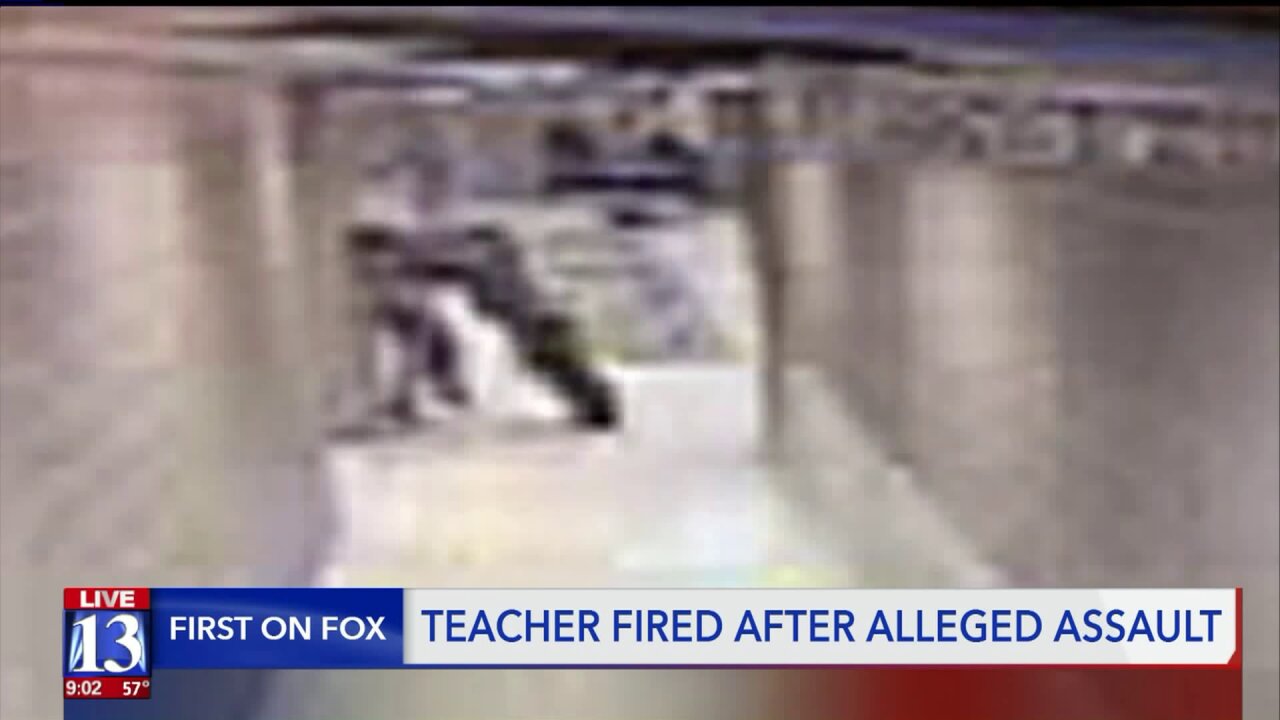 UTAH COUNTY -- The mother of a teenage boy who was assaulted by his PE teacher is reacting to an apology that she says portrays her son as a bully.

Anthony Robbie Chidester, 40, faces a count of child abuse after he grabbed a student and pushed him into a wall and then to the ground.

The assault was caught on camera and Chidester has been fired from his position at Rockwell Charter High School.

Chidester issued an apology earlier this week and said in part he "allowed an incident of disrespect, bullying, teasing and insubordination from a student to escalate."

Saturday, the boy's mother rejected the assertion her son is a bully.

"The teacher's comments somehow indicate and give the assumption that he 'the teacher' was somehow physically bullied by this student 'my son' prior to the incident," she wrote in a statement to Fox 13. "It also gives the perception that my son is a bully at the school. That is far from the truth. My son is far from a bully. He like most children his age likes to argue, test the boundaries of the parents and teacher."

She goes on to say her son is the opposite of the way the teacher portrayed him.

"He is not a bully in fact my son is usually the first to stand up and protect other kids from being bullied," she wrote. "Those that somehow think that what happened is somehow my son's fault do not know my son and do not know me."

She also said the teacher's attack cost him his job, reputation and "whatever legal ramifications are to come"—adding that the incident caused physical harm and emotional anguish to her son and the family.

"I'm sure it's difficult to be a teacher in this day and age," she stated. "As anyone who has teenage children knows what I'm talking about, but The teacher a grown man twice my sons size had no reason to physically attack my son. I hope he 'the teacher' gets the help he needs to manage his anger so this type of incident does not happen in the future."