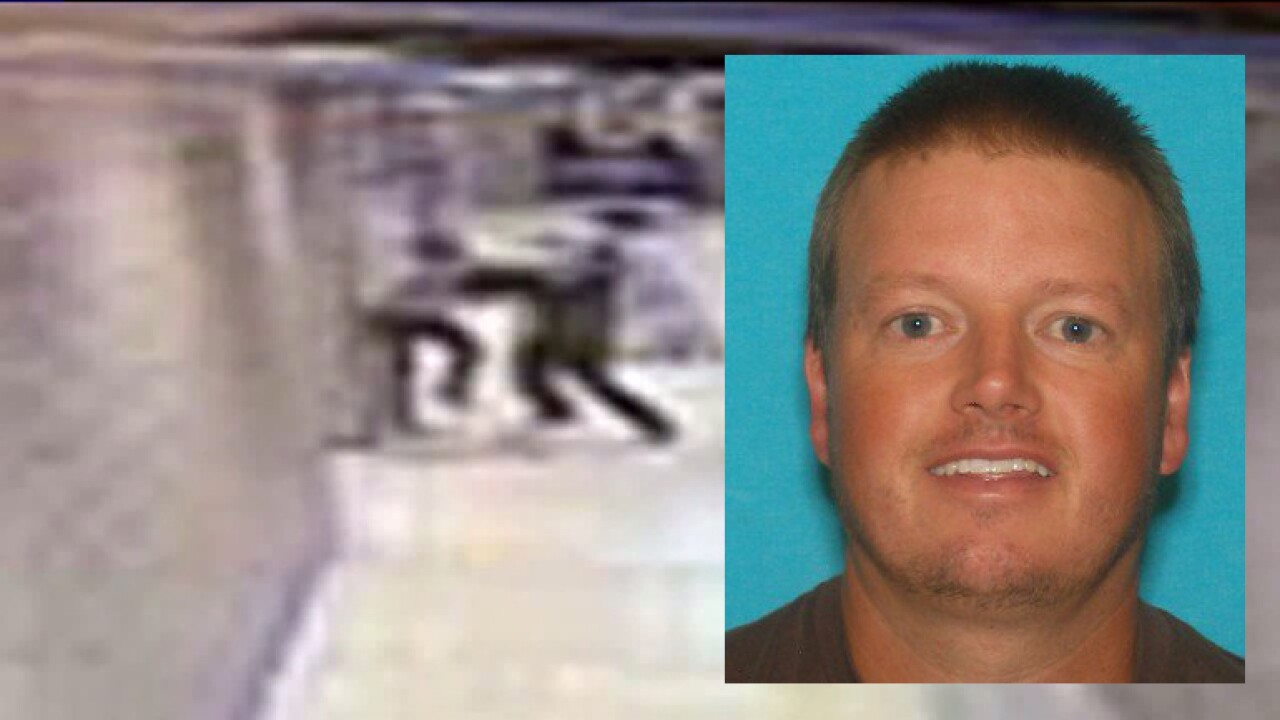 Anthony Robbie Chidester, 40, faces one count of child abuse. Surveillance video and student cellphone video show what unfolded in the gym and hallway.

In the video, the teacher is seen grabbing a 14-year old student, pushing the student against a wall, then onto the ground. Others rush in to surround the two.

Student Dillan Bunker, a classmate of the 14-year old, said it started when a girl in his PE class got a phone call.

"The teacher grabbed for the phone and elbowed her in the face," Bunker said. "[The student] thought it was on purpose, and he stood up and was like, 'Hey don't do that.'"

Bunker said the kids went on to play basketball. When they were putting the balls away, that's when he said things escalated between Chidester and the student.

The videos, recorded at 9:10 in the morning, show what happened from that point, and as Bunker described: "The teacher grabbed him, slammed him against the wall. Then he picked [the student] up, slammed [the student] on the floor."

Other students ran to the hallway.

"The whole class is trying to get [Chidester] off. Trying to help [the student], but the teacher just lost his cool and flipped out on [the student]," Bunker said.

Sergeant Spencer Cannon with the Utah County Sheriff's Office said Chidester admitted what he did, and acknowledged that it was inappropriate. The child abuse charge is a Class A misdemeanor.

Cannon said the student was bruised and scraped in the incident, but otherwise physically okay.

I am absolutely mortified by this experience and truly sorry for my actions.  I am so sorry to the young man and his family and feel just gutted from this experience.  I allowed an incident of disrespect, bullying, teasing and insubordination from a student to escalate.  As an educator I have been bullied, I have been threaten with physical harm, told to F off on a daily basis, teased that I am powerless, told that I am worthless, had balls and weights thrown at me.  Students have touched my legs and pulled the hair out of my calves and filmed me while I taught and mocked me.  Again this in no way excuses my behavior, and I truly am sorry for my actions, but I don't think people realize the conditions that we have to teach in.  I am completely heart broken because have loved my opportunity to teach.