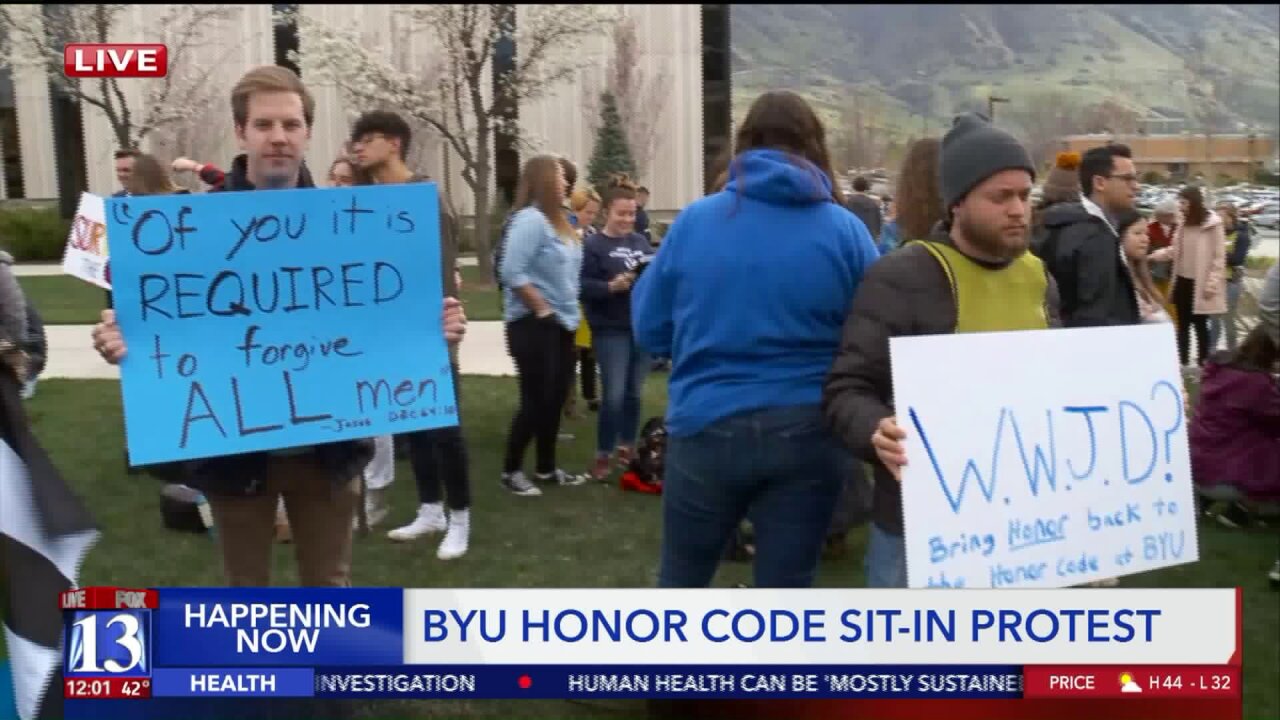 PROVO, Utah -- Some students at Brigham Young University participated in a sit-in Friday afternoon to call for changes to the school's honor code.

A movement to update the honor code gained traction earlier this month with the launch of an Instagram account devoted to the issue.

A sit-in was held near the honor code officer Friday afternoon. Fox 13 News' Erin Cox spoke to some of the students behind the demonstration, who said they are in good standing with the honor code but would like to see changes.

"The scars are real, the damage is real, the abuse is real and it needs to end today," said BYU graduate Brayden Smith.

Students say they surveyed around 3,000 current students; 76 percent say they want to see changes in the honor code – a code of conduct set for students that align with standards taught in The Church of Jesus Christ of Latter-day Saints. Just a few of the many standards it asks students to adhere to include having no sexual relations out of marriage and to use clean language.

"I got called in for a tweet I favorited in high school and for a picture that was about a year old where I wasn`t dressed modestly," she said.

Others were called in for what are considered more serious code violations and said they had to go through 15 months of counseling and even received a letter declaring whether or not they were suspended from the university.

They said rallying together helps them realize they're not alone in this.

A spokesperson for BYU issued this statement regarding Friday's demonstration:

Brigham Young University is operated by The Church of Jesus Christ of Latter-day Saints and all students who attend agree to abide by the "Honor Code", which includes religious, academic and moral guidelines.