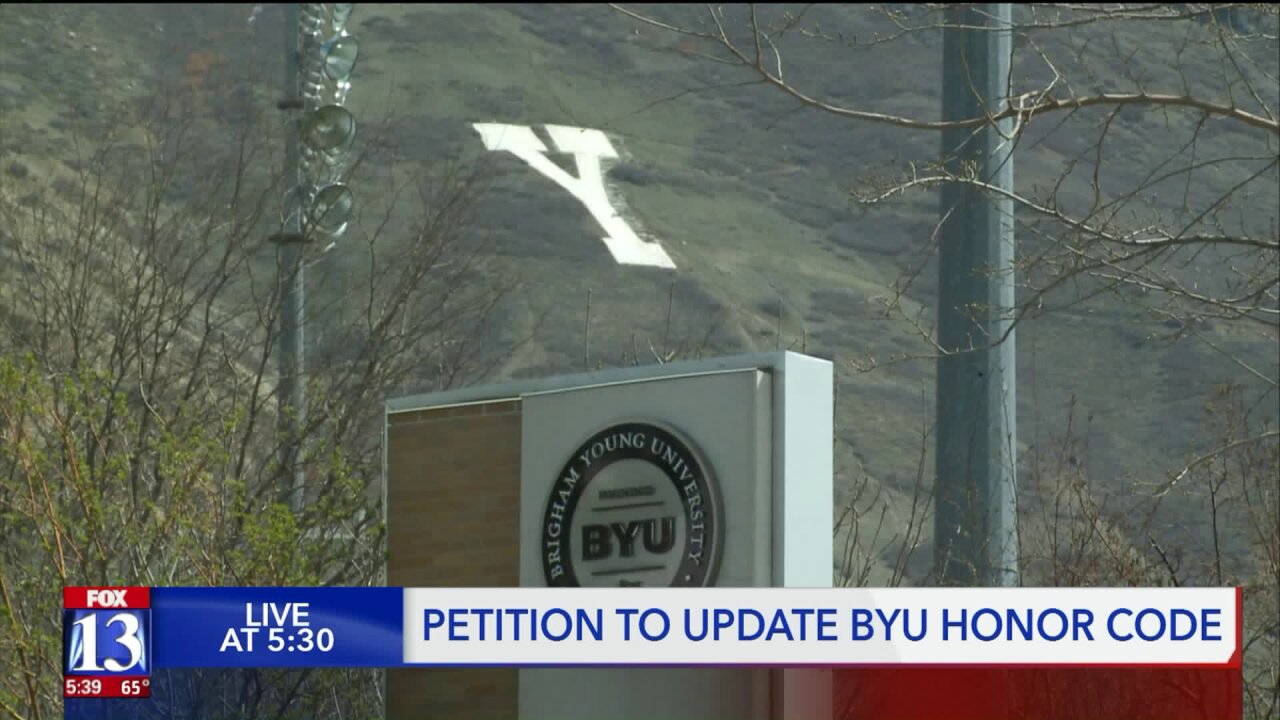 PROVO, Utah – A new Instagram account called Honor Code Stories is causing quite the stir on the campus of Brigham Young University.

It was created by Sidney Draughon, a recent graduate of BYU.

She says she created the account in January 2019 with the goal of making at least one student feel better.

The account started with just a few followers, mostly members of Draughon’s family, it now has more than 22,000.

Draughon says she had a really bad experience with the Honor Code Office at BYU and was left feeling sick and depressed. She says kids are being abused in that office.

Now other students and graduates are sharing similar stories on the Honor Code Stories Instagram page.

“I think it’s revealing a lot of important stories that need to be told and that haven’t been told, haven’t really had a platform to be told for a long time,” said BYU student Bayley Goldsberry.

“If they are true, I think BYU is definitely going to have to change something, I think they need to make BYU a more safe spot for people to report things,” said BYU student Tristy Searle.

Draughon says this is not an attack on anyone, she loves BYU and she loves the church, but something must change with the Honor Code.

She wants this to be done in love and to create positive changes.

“Right now, the honor code office rewards people for telling on other people, roommates are kind of suspicious of other people because they’re given a lot of power if they tell on each other. I think those are the other facets of the honor code that need to be looked at,” said former student Clark Goldsberry.

“I don’t think the honor code is a bad thing overall I think the reason it was put in place and what it stands for is a good idea it’s just important that we’re using it for the right reasons,” said BYU student Brett Labonte.

Honor Code Stories has also brought to light a petition on Change.org called Update the “Honor Code” at BYU.

We reached out to the university which told us at this time they don’t have a statement, but they are aware of the petition and the Instagram account and they’re always open to input from students.

Honor Code Stories is asking all BYU students to wear blue Friday, April 5, and a ‘Y’ pin with a question mark on their shirt, to show the school that they have questions and they want answers.

On Friday, April 12, there will be a student-led sit-in protest at noon to amend the BYU Honor Code and its administration of discipline.