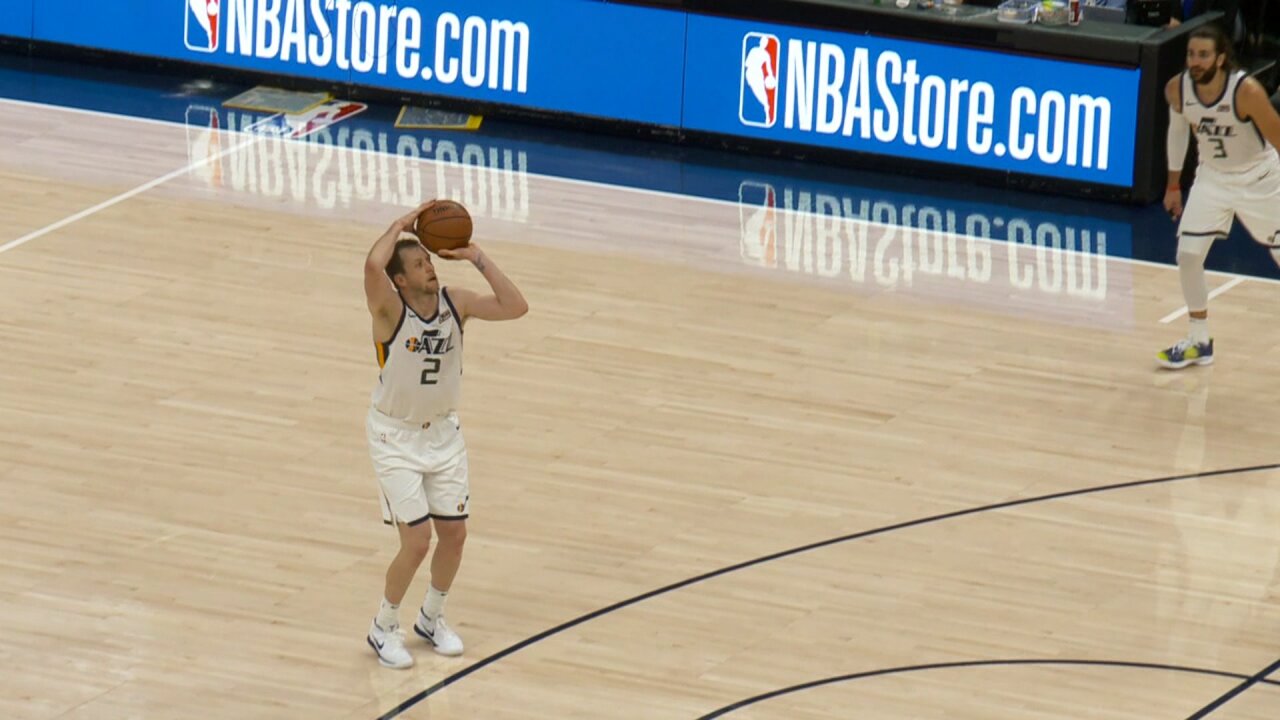 File: Joe Ingles of the Utah Jazz takes a 3 point shot during a game.

Forward Joe Ingles’ son Jacob, 2, was recently diagnosed with autism. Joe and Renae Ingles will use their platform to help educate families about early detection, according to a press release from the Jazz.

“When we looked into it, we realized there was a lack of understanding about early detection and how much that can make an impact in a child’s life,” Ingles said. “The earlier you find out, the more you can set your child up to have the best life they can have. Jacob’s brought so much joy and light to our lives, and it’s our hope to share that with families who may be going through the same process now.”

A press release states 22 youth with autism will stand with members of both teams during the national anthem, and the third quarter break will feature a moment of silence for all families in attendance touched by autism.

Those who wish to donate can do so at the game or through various other methods, see below for the list. Vivint Smart Home plans to donate $5,000 for each assist Ingles hands out during the game up to $25,000.

Vivint Gives Back, the Utah Jazz and the Ingles family are committed to donating $1.2 million in support of autism awareness this year, the press release states.

All fans who attend the game will receive a blue rally towel bearing the slogan “Let’s Talk about Autism”.

Last season the Jazz and Vivint Smart Home opened a sensory room on level 5 of the arena that is built for children on the autism spectrum or who have other disabilities. The room provides a safe haven for those with neurosensitivity, the release states, and it is open during Jazz games and other events hosted at Vivint Smart Home Arena.

The NBA will also support autism awareness in the month of April. Iconic buildings worldwide will participate in “Light It Up Blue” on April 2.

See below for ways to donate to autism awareness:

• Text JAZZDONATE to 44-321
• Purchase Vivint Smart Home’s item of the night, a special Autism Awareness T-shirt (pictured), at the Utah Jazz Team Store
• Purchase a special blue cookie designed by Chip Cookies for Autism Awareness Month, which will launch on March 27 and will be available in-arena and at all Chip locations