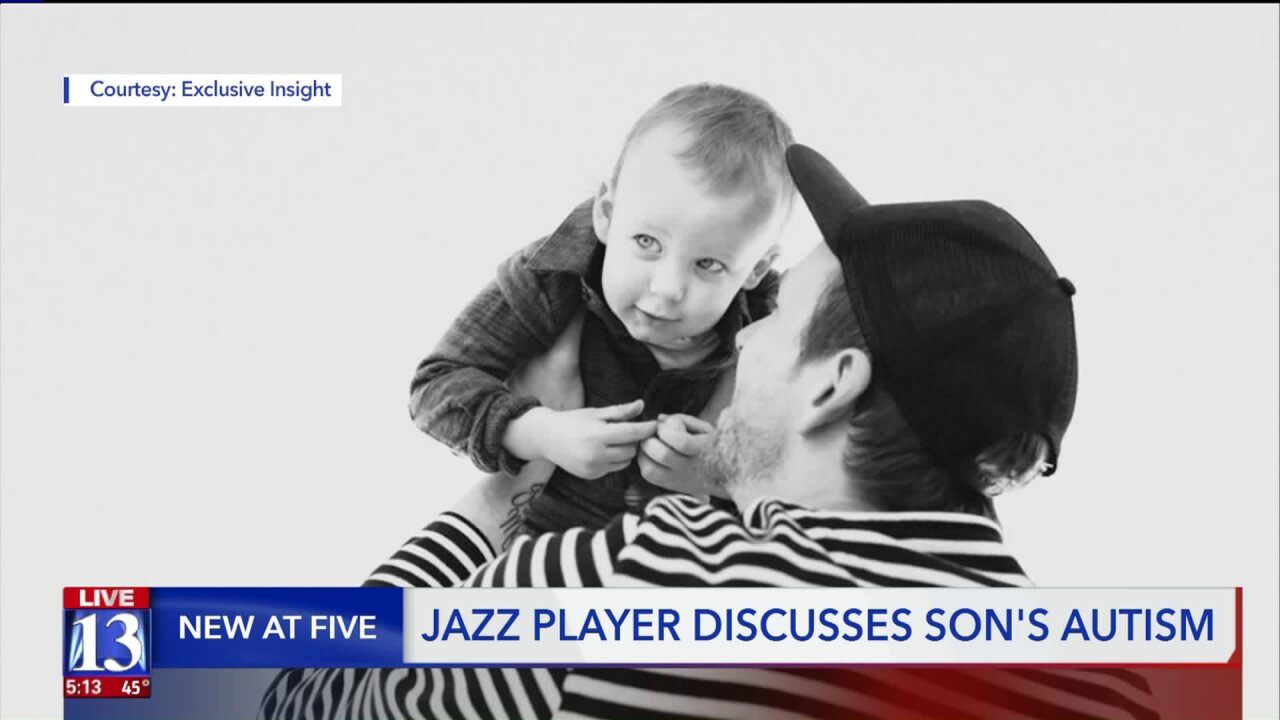 SALT LAKE CITY — Jazz star Joe Ingles and his wife Renae shared a personal story with the Australian website, Exclusive Insight, this week. In a blog post titled "Jacob is still our Jacob" the Ingles announced that their son has been diagnosed with autism.

As a clinical psychologist who specializes in autism, Chuck Edgington, appreciated the candor as the Ingles described in detail a common experience for so many parents.

“Waiting and wondering and figuring out do they need to listen to this gut feeling that they have about their child,” Edgington said.

They described doing something many parents are told not to do, comparing their twins, Milla and Jacob. In their blog, they said, "girls develop faster than boys, we know. Although Jacob wasn't where other kids his age were at or supposed to be.”

“It can be helpful to use that as a guidepost to say okay this gut feeling that I had maybe I should pay more attention to it,” Edgington said.

They spoke about the positive experiences of telling their bosses, "not because we wanted or needed things to look any different but because we were tired, really tired.”

“I certainly think it’s not a bad idea for their employer to at least be aware of that added need,” Edgington said.

The Ingles describe Jazz coach Quin Snyder as incredible, and wrote, "this support and understanding means a lot, and if anything it just made us want to work harder for coach”. However, Edgington acknowledges, telling your boss doesn't work for everybody.

“There are some families who unfortunately don`t find a listening ear when they share that information. I certainly think it’s something that has to be done delicately,” Edgington said.

However, perhaps the biggest message in their blog is the importance of early intervention and awareness and the need to trust your gut as a parent.

“It allows you the opportunity to get the answer to the question which although may be painful, you can turn that around immediately into okay at least we know. Now let’s get to work,” Edgington said.

You can read the Ingles blog here.