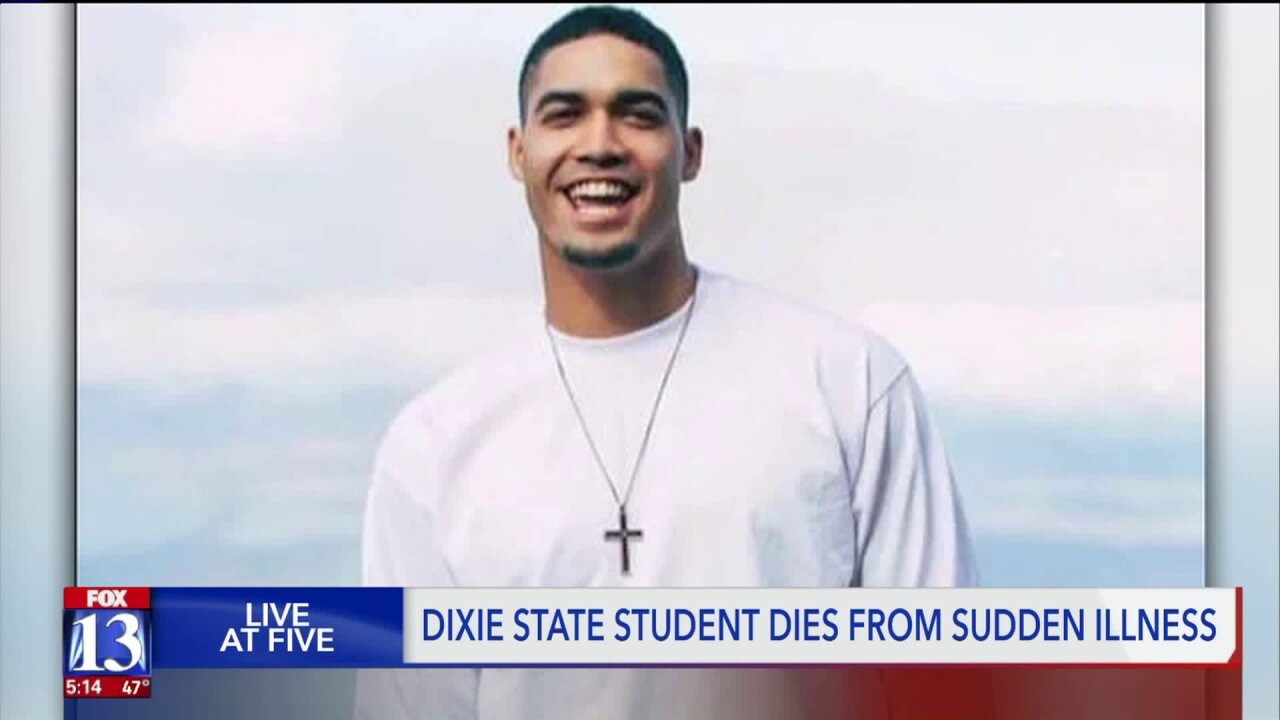 ST. GEORGE, Utah -- Tuesday was the first day of spring football camp for Dixie State University, but for linebacker Abraham Reinhardt, it was his last day on the field.

The football players were wearing helmets and jersey tops, Johnson said, but no pads because players weren’t allowed to make contact with each other.

But in the first hour of practice, Johnson said Reinhardt injured his upper leg.

Johnson couldn’t comment to the extent of Reinhardt’s injury, just that it kept him off the field until practice ended.

That was at 5 p.m. and Johnson said Reinhardt left with the rest of the team.

“Then it was our understanding that, later on that evening, he was taken to the hospital,” Johnson said.

“The entire university community, our athletic department, Trailblazer football program, is absolutely devastated and heartbroken with the loss of this fantastic young man,” Johnson said.

Reinhardt’s family is in Hawaii, but said in a statement “we are all thankful and grateful for all the generous love and support from family.”

A GoFundMe page has been established to help the Reinhardt family.

Dixie State University will host a candlelight vigil Monday at 8 p.m. in front of the Clock Tower on campus.