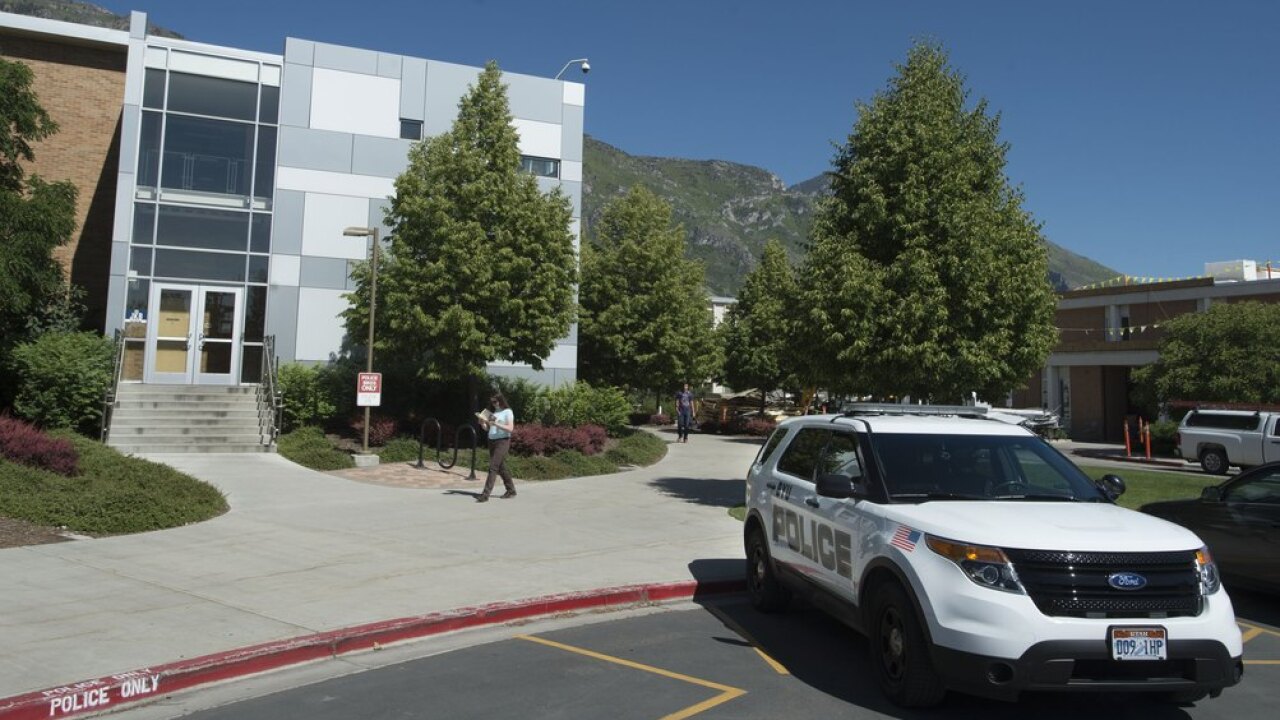 PROVO, Utah – Brigham Young University announced Friday it has responded to the Utah Department of Public Safety’s decision to decertify the university’s police department, saying, “The grounds asserted for decertifying University Police are completely without merit.”

BYU, in a 29-page response, said it should be allowed to keep a state-certified police department on campus and it has cooperated with the DPS during previous investigations into the department.

The DPS announced in February it would decertify University Police on September 1 if the campus did not meet certain criteria.

In the response, BYU said it has provided public information when requested, even though the school is not currently subject to state GRAMA laws.

“University Police also has a longstanding policy of voluntarily responding to public records requests, similar to GRAMA, even though BYU is not currently subject to public records laws,” the response said. “BYU has regularly provided public law enforcement records in response to records requests from media outlets and others. Nonetheless, as is consistent with the practice at other universities, and in following the standards set forth in GRAMA, BYU denies records requests that seek disclosure of private or protected records, such as attorney-client privileged records and other internal communications among university officials on non-law enforcement related matters.”

In a press release sent to the campus community, the school also said it responded to Peace Officer Standards and Training investigations and investigated Lt. Aaron Rhoades, who was accused of sharing non-public information with the school’s Honor Code office.

“…On February 20, 2019, Commissioner Anderson issued a notice of intent to decertify University Police claiming that (1) former Chief Stott failed to conduct an investigation into the misconduct of Lt. Rhoades and (2) BYU failed to respond to a POST subpoena,” the release said. “Both alleged grounds for decertification are incorrect.”

The appeal said on May 20, 2016, BYU’s Chief of Police Lany Stott requested an investigation into Rhoades from the DPS; at the end of the investigation, the Utah Office of the Attorney General declined to press charges. Additionally, the school internally investigated Rhoades, who voluntarily retired from the department and gave up his POST certification.

The school also said the DPS released information that was sealed under state court secrecy orders and GRAMA laws – the same statute the department accused Rhoades of violating – and is violating the school’s right to due process under the 14th Amendment by treating the department differently from other departments at other universities across the state.