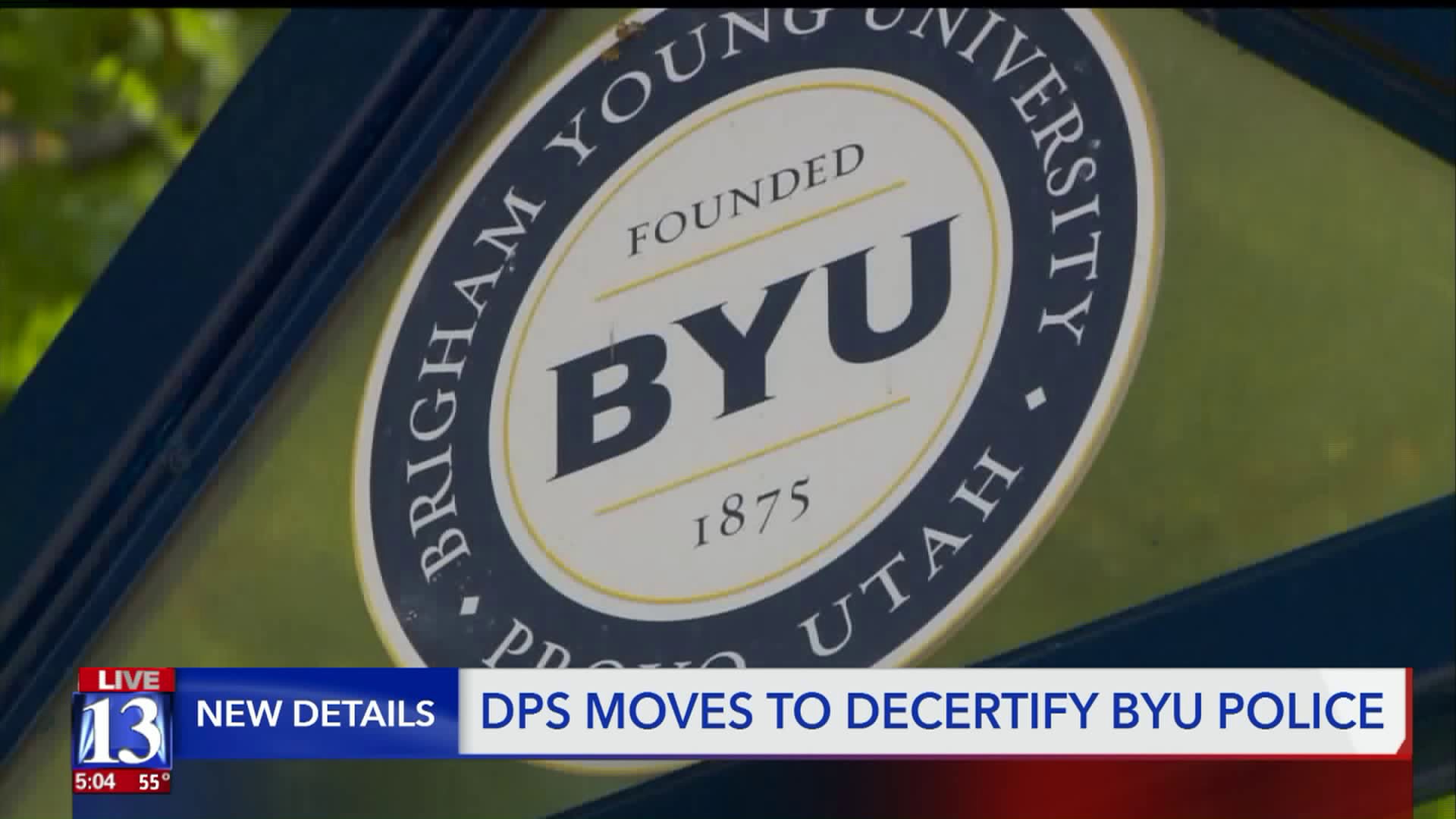 BYU responded to the letter in a press release issued Tuesday.

"BYU received word yesterday that the Utah Commissioner of Public Safety has issued a notice of agency action to decertify University Police as a state-certified police force," the press release states. "This action is not immediate and allows for an appeal, which BYU is already in the process of preparing."

DPS provided two letters related to the issue, one of which was sent December 19 and threatened decertification if certain criteria were not met by February 22.

The letter stated BYU must permit and facilitate DPS access to records and electronic data so they could assess the agency's compliance with Utah code; the powers, authority and limitations of the chief and officers; and the command structure of the department.

The letter also stated the agency must comply with all subpoenas issued in association with Utah Peace Officer Standards and Training investigations.

The letter indicates DPS is aware the school is appealing a decision in Salt Lake Tribune v. Utah State Records Committee "however, as DPS Commissioner, I expect BYU PD to be subject to and comply with the Government Records Access and Management Act...."

The second letter states BYU Police conducted an internal investigation into officer misconduct between April of 2016 and April of 2018 and "failed to report any findings found to be true to [POST] as required by Utah Code...."

DPS also states BYU Police did not respond to a subpoena in June of 2018 issued by POST Investigations.

The Salt Lake Tribune reports the investigation involved an officer who accessed a countywide database of police records to collect information from another department as part of an Honor Code investigation.

DPS said the investigation occurred over the course of a number of years in a statement:

"It is important to our Department that all law enforcement agencies and officers in Utah are held to the highest standard. We expect transparency and accountability by all who serve the public. We will give proper respect to the decertification process while maintaining the public safety of the communities involved."

"When the state delegates policing authority to an entity, it is critical that there be transparency," he said. "...I believe that if BYU can`t comply, the commissioner has to act."

BYU argues the University Police met all applicable criteria and stated they are surprised by the letter, which they claim was issued on technical grounds.

"BYU plans to file a responsive pleading and demonstrate in a hearing how University Police has complied with these certification criteria," the release states. "BYU continues to believe that the best way to protect its students, and to protect BYU’s campus without putting a disproportionate fiscal burden on Provo’s taxpayers, is to have comprehensive police protection through Provo City and University Police."

DPS states a hearing is the next step, and that if BYU does not contest the proceedings their agency will lose their certification on September 1, 2019.

Both letters sent by DPS are embedded below: