Russell Westbrook and fans get into verbal altercation during Jazz game 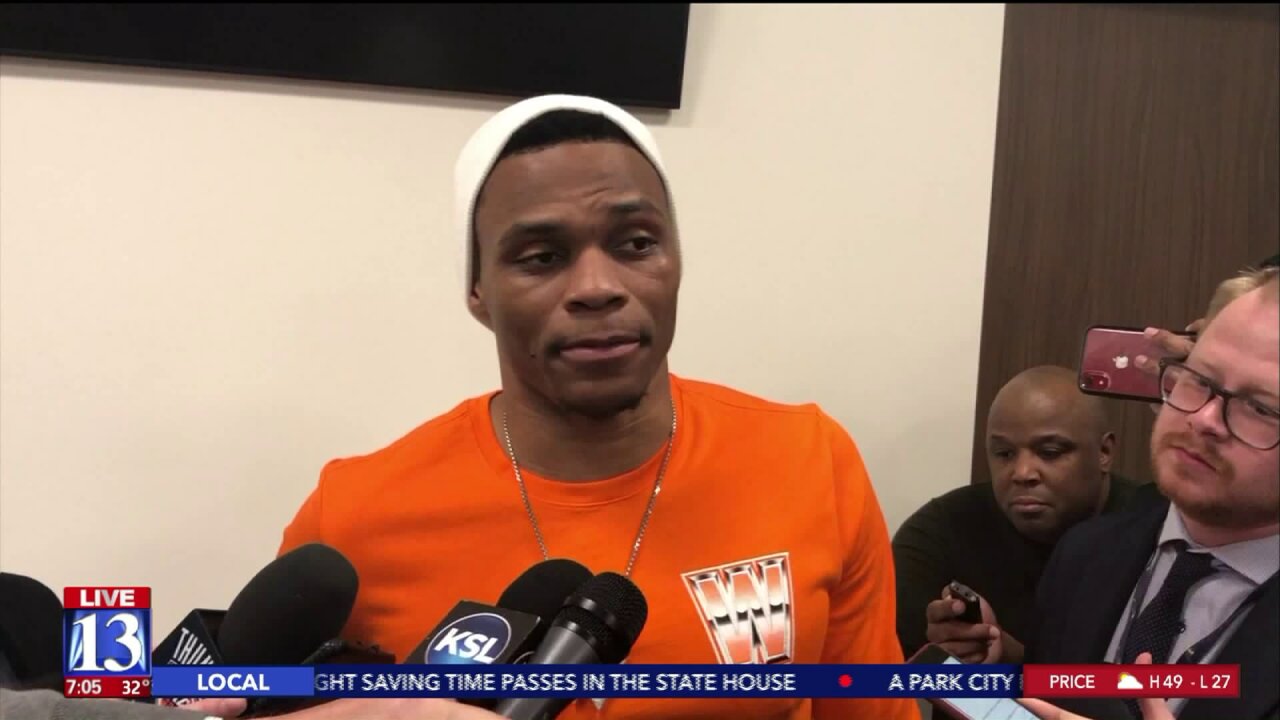 SALT LAKE CITY -- Russell Westbrook got into a verbal altercation with some Jazz fans during Monday night's game.

Westbrook spoke to media about the incident, which occurred during the Oklahoma City Thunder's 98-89 win over Utah in Salt Lake City.

"A young man and his wife in the stands told me to 'Get down on my knees like I used to,'" Westbrook said. "And for me that's just completely disrespectful, to me, I think it's racial."

In a video shared by Deseret News' Jazz reporter Eric Woodyard, Westbrook is heard saying he would beat up the fan and his wife.

Things get heated between Russell Westbrook and Utah Jazz fans again. “I’ll f*ck you up. You and your wife,” he says. Not sure what these fans said to him, but he also had issues with Jazz fans during the postseason. pic.twitter.com/LquwRmLVNy

After the game Westbrook said he has never and would never hit a woman, and he told media they only saw the "tail end of the video, but the start of the video is way more important and way more disrespectful than what you guys heard."

Westbrook said he hears disrespectful things everywhere he plays, but especially in Utah. He made similar comments after another incident at a Jazz game in 2018.

His full remarks regarding Monday's incident are available in this tweet from Andy Larsen.

The Salt Lake Tribune obtained a statement from the Utah Jazz, which is reproduced below:

“We are continuing to investigate the unfortunate exchange at tonight’s game between Russell Westbrook and fans. Multiple warning cards were issued by arena security. Players and fans have a shared responsibility to create a safe and respectful environment. If it is determined that any fans violated the NBA Code of Conduct, appropriate action will be taken.”

Visit the Salt Lake Tribune for more on this story.