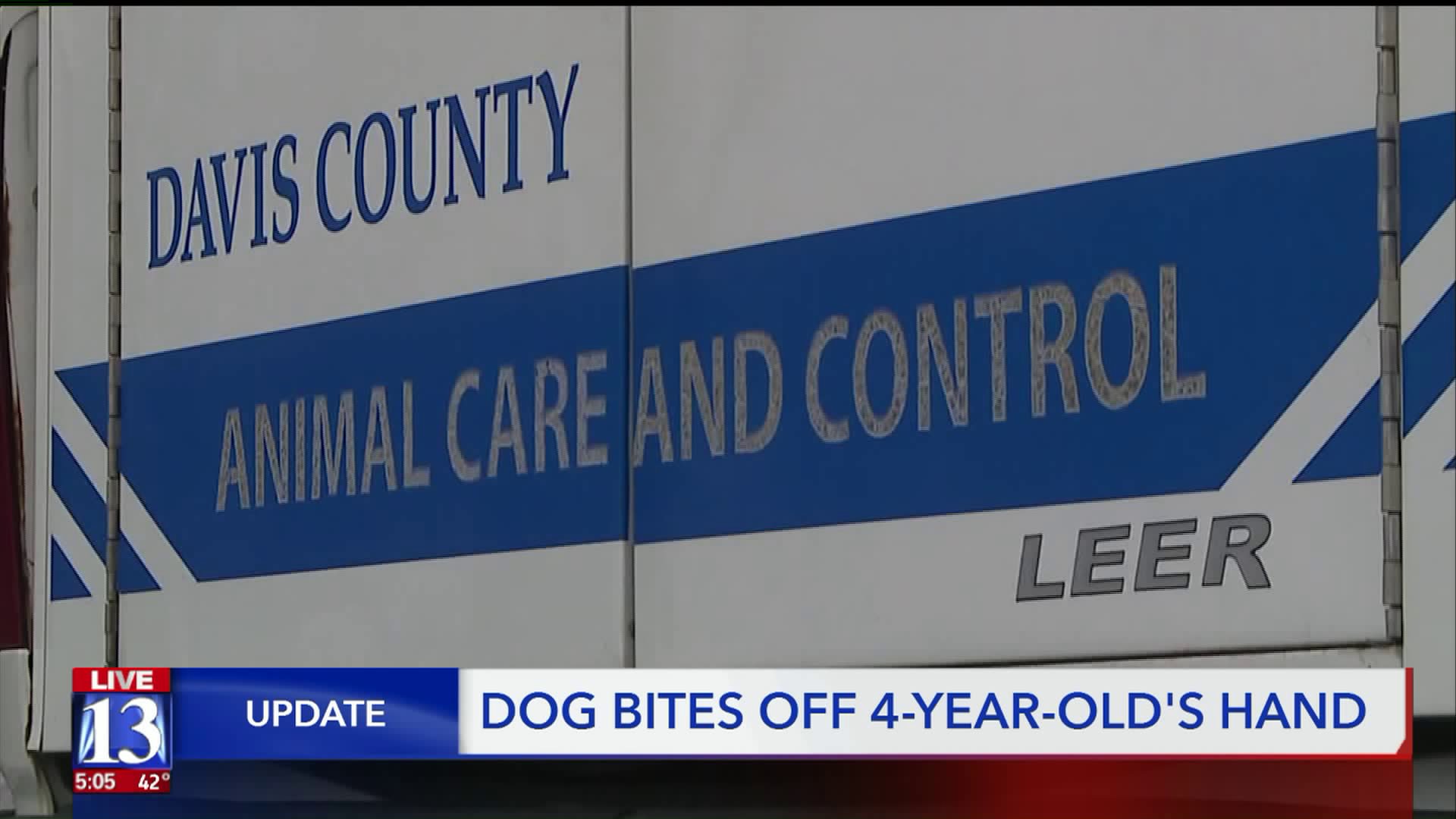 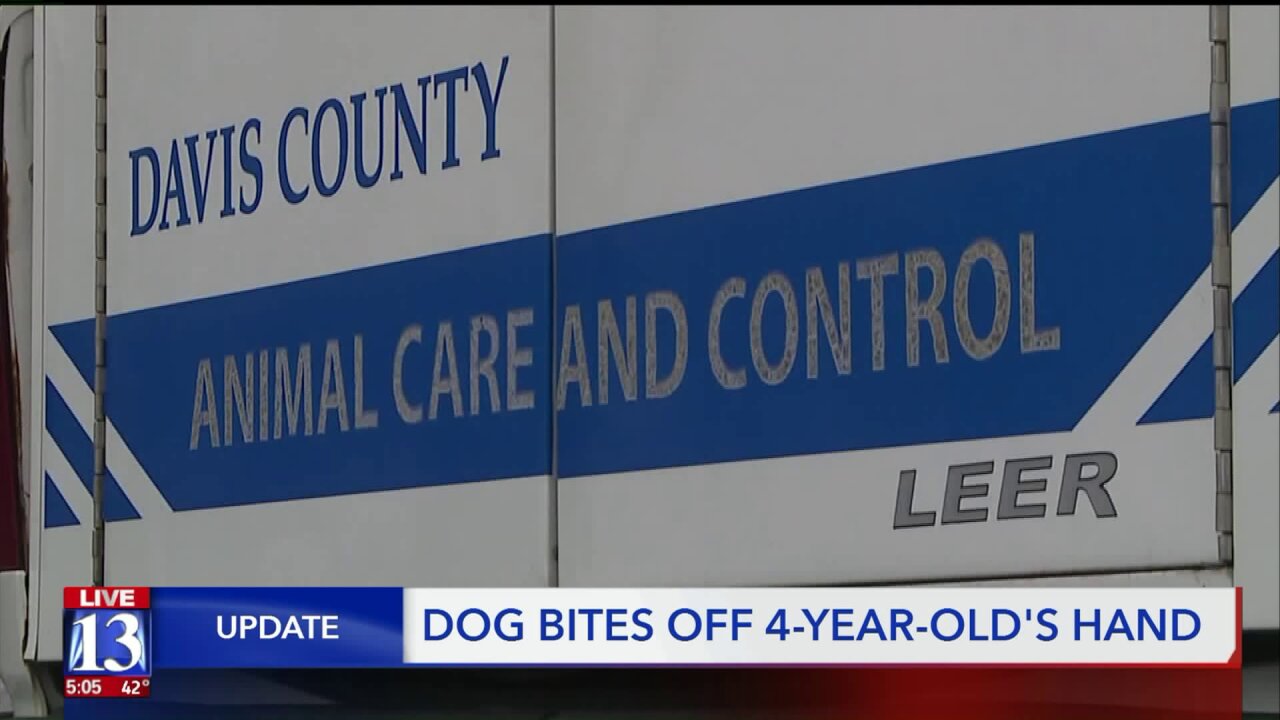 LAYTON, Utah -- Two Husky breed dogs are now under investigation after one of them bit off a four-year-old boy’s hand above the wrist in Layton Sunday afternoon.

“That poor family,” said Jackie Ahrens, who owns a house across the street from the dog owners. “I can’t even imagine what they must be going through.”

The trauma from Sunday lingered into Monday in the neighborhood as did questions about the two dogs and how the four-year-old is doing.

“You wonder about the dogs,” Ahrens said. “Do they have any history of being aggressive?”

Those are questions Davis County Animal Care and Control is looking into.

“Every animal that breaks skin in Davis County will be quarantined for 10 days for rabies observation,” said Rhett Nicks, Director of Davis County Animal Care and Control.

But the Husky did more than just break skin — it ripped off the little boy's hand.

“There’s a severe injury to a human so we are doing a dangerous dog investigation which could range from nothing being done if the dogs are found to be not dangerous,” Nicks said.

If the dogs are found to be dangerous, Nicks said they could be euthanized.

Investigators will collect statements from everyone involved in the incident -- from medics, to the four-year-old’s parents, the dog owners and police before closing the case.

“We look at the whole situation,” Nicks said. “We try to look at every situation that could determine the animal dangerous, as well as could mitigate the fact that the animal is dangerous.”

A neighbor has launched an online petition that calls on authorities to spare the two dogs.