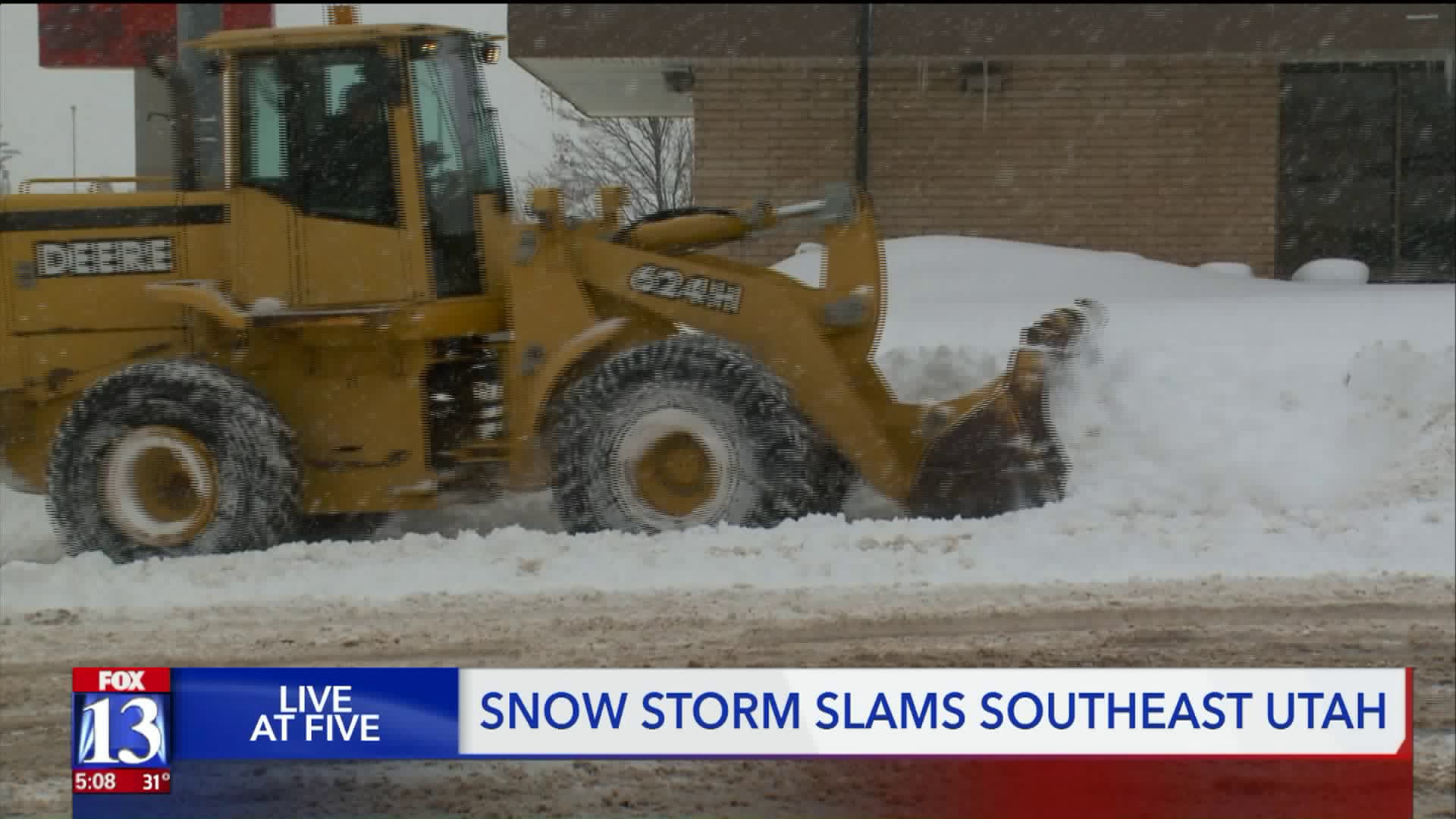 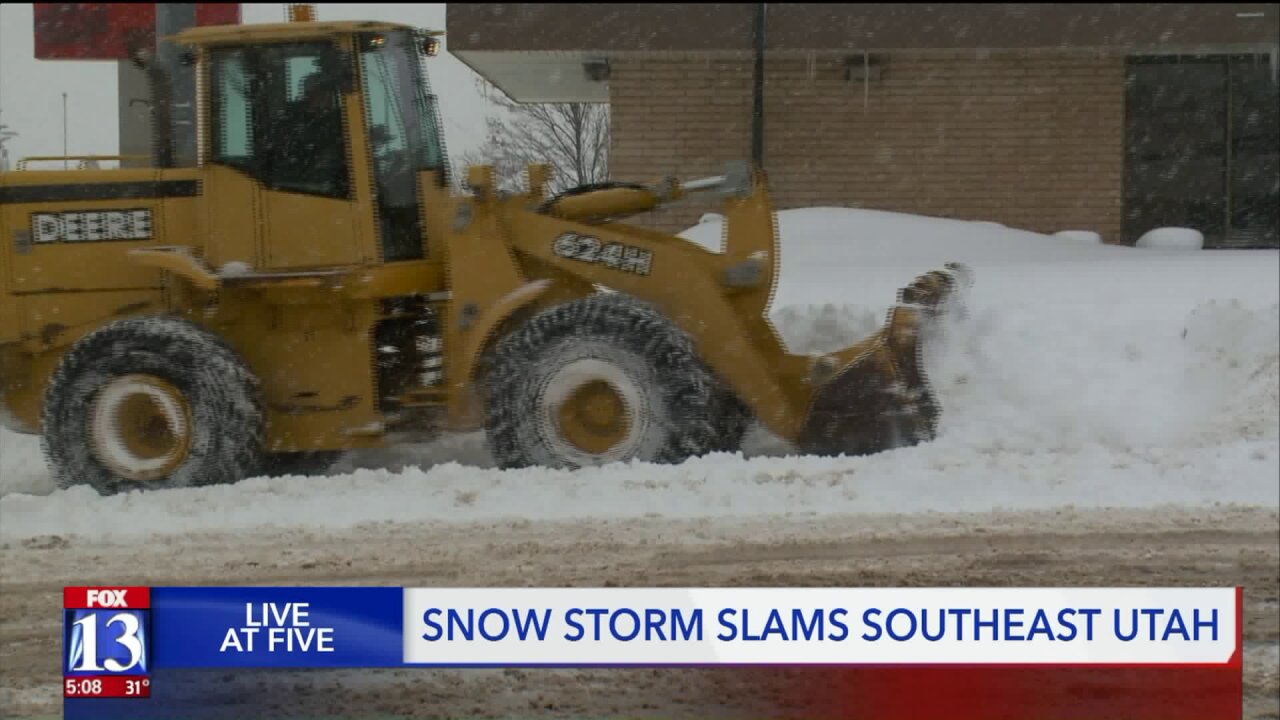 MONTICELLO, Utah --Class was canceled in schools Friday all across San Juan County due to the severe winter weather.

The snow left truck drivers stranded as roads were seemingly impossible to drive on, but for local farmers, this snowstorm has been long awaited.

“Our whole town, the whole county, have been praying for moisture for what seems like three years now,” said Spencer Frost, a local who’s been farming in Monticello for 65 years.

Frost said when he was in high school, a snowstorm hit Monticello so hard, the National Guard had to help clear the roads and protect their livestock.

“They actually bombed hay from an airplane down to the cows and the cow had to see the hay or else they wouldn’t bust through the snow,” said Frost.

In recent years, however, Frost said the snowstorms haven’t been as big—making for hard times.

“I could drive anywhere that I wanted in town last year at this time,” said Frost while looking at Main Street, covered in snow.

Chris Wilkowske, a U.S. Geological Survey Hydrologist, said the storm is much needed for the town’s environment.

“The snowpack in the mountains in the area is above 100 percent of normal, which is great news,” said Wilkowske. “This time last year it was 10 percent.”

There are no guarantees on what the snow could mean for summer farming, but Wilkowske said as it melts, they will be able to have a better idea of how this will affect the community’s two water tables.

“This is all good in perspective of the drought that we’ve been in,” said Wilkowske.

A sentiment echoed by Frost.

“Last year, we had a severe drought and it was desperation,” said Frost. “This year we have hope.”