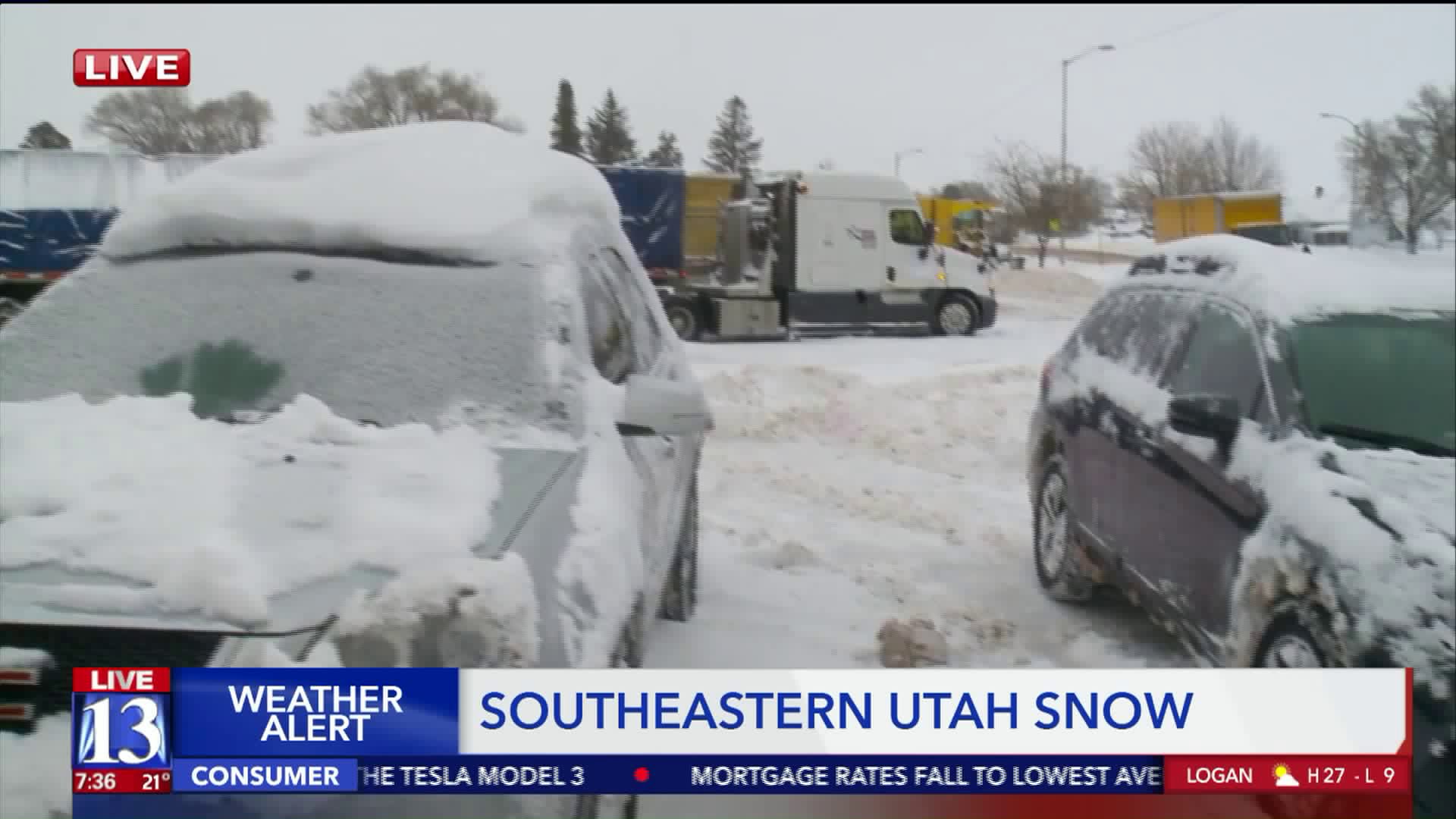 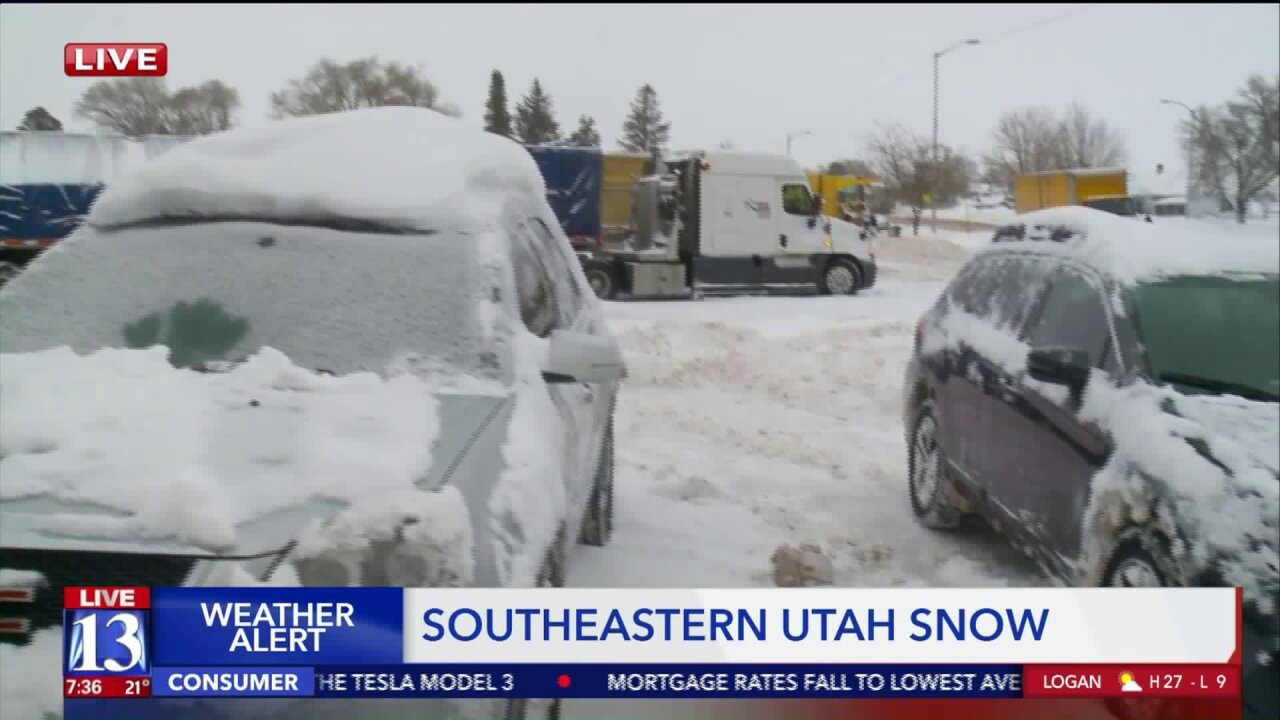 The school district announced on Twitter that all of its schools and the district office will be closed. San Juan School District had also canceled school on Thursday.

The area is doing with heavy snow, which has made for treacherous road conditions in many areas. Fox 13's Erin Cox spoke to a truck driver Friday who said he and his rig have been stuck in the area since Wednesday.