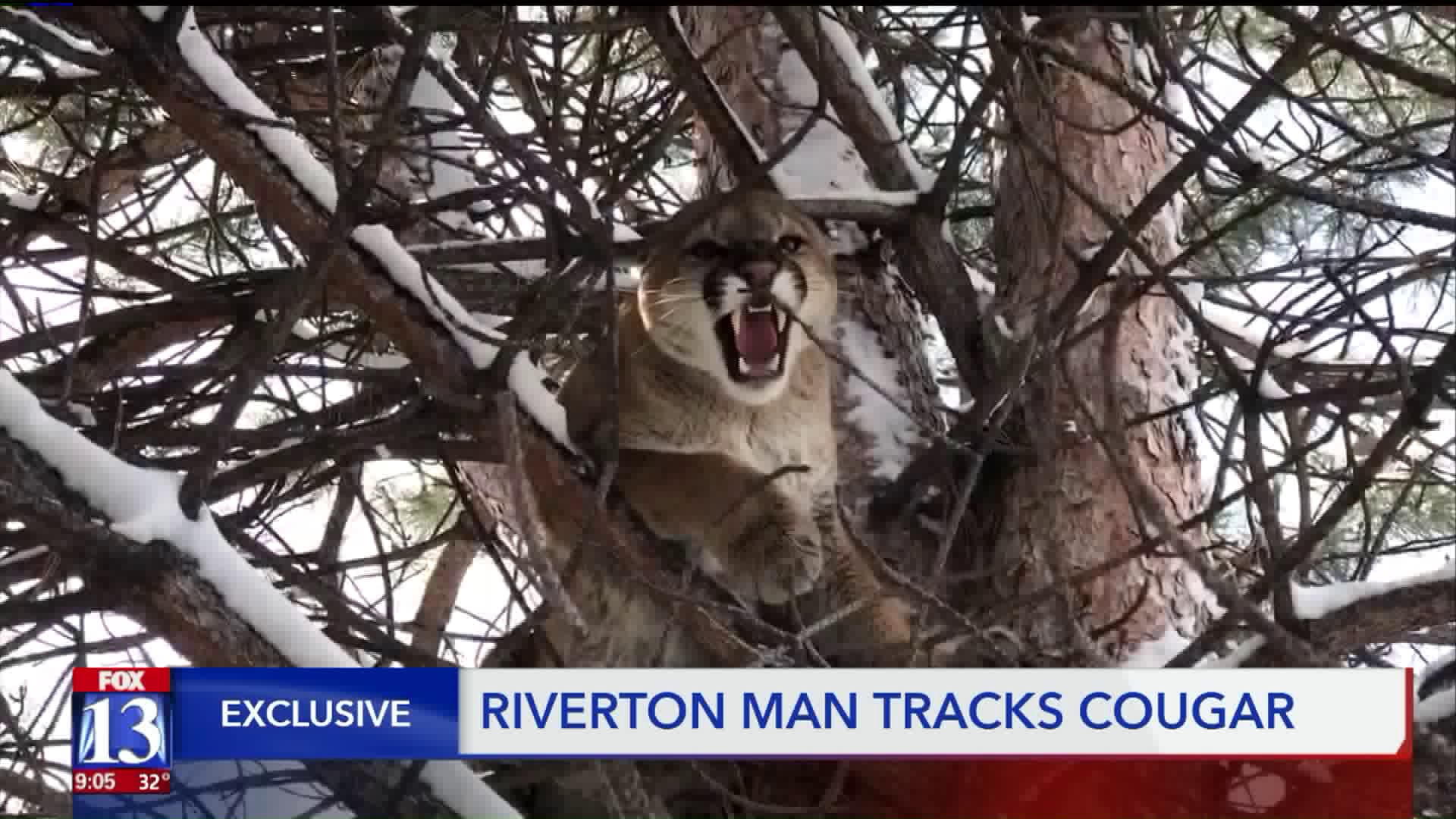 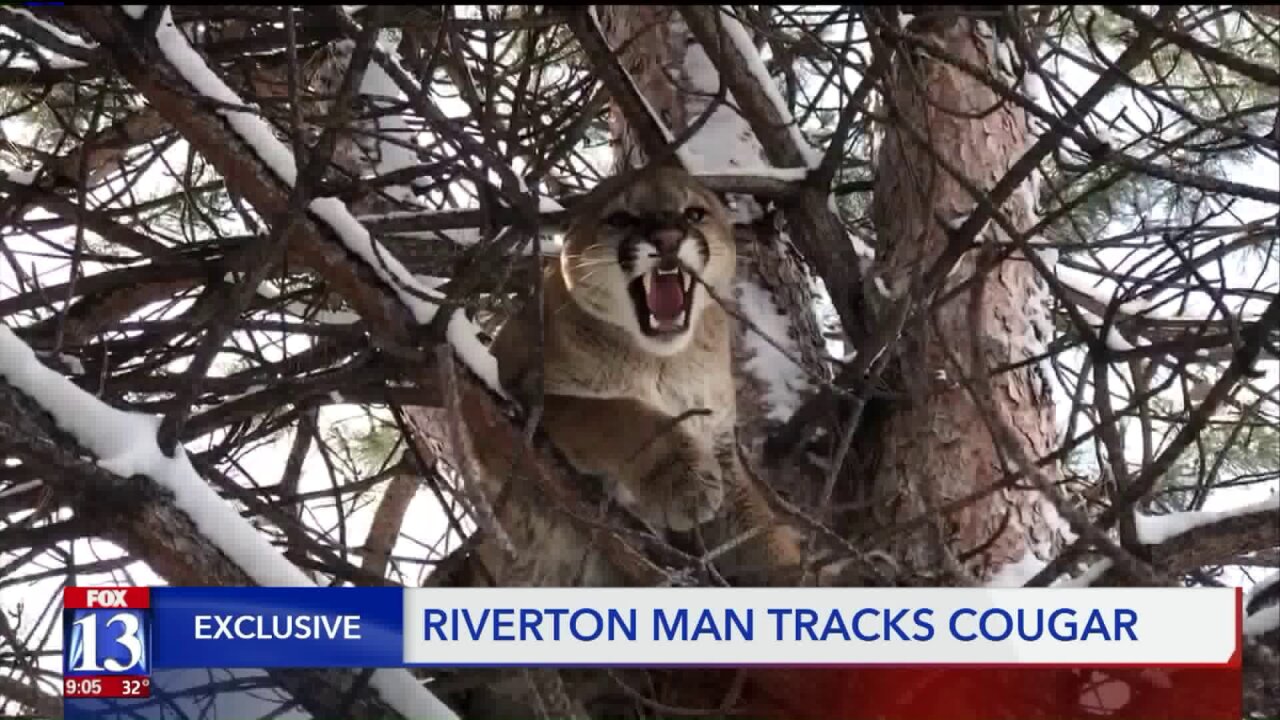 RIVERTON, Utah — A dangerous mountain lion, spotted around the Riverton/Herriman area has been caught, thanks to a highly skilled resident.

“Normally I have to drive a long ways away from my house to find the wildlife and in this instance, the wildlife came to my house,” said Riverton resident and hunting guide, Marty Ellis.

Imagine… a mountain lion, baring its teeth just feet away from you, held back only by hound dogs.

“Right now, he’s up in the tree right above me, he’s gorgeous,” Ellis said in a video he recorded of himself with the cougar in the background.

This wasn’t a dream, but a reality for Marty.

“You can call me cougar man,” Ellis laughed.

This cougar man just happens to be a highly skilled hunting guide.

He knew a cougar had been spotted in the area; the animal caused panic among neighborhood residents and is believed to have caused a lockout at Herriman schools.

“This mountain lion actually came to my backyard and I started tracking,” Ellis said.

About two hours into tracking, Ellis called a friend, a houndsman, to bring his dogs and tree the cougar.

“They’re like humans, they get tired after they go a certain distance so they need to rest, and it chose to rest in this tree,” Ellis said.

When he knew he was close to having the cat treed, Marty tried to call the Utah Division of Wildlife Resources (DNR), but they didn’t answer… so he called Fox 13. We were able to get in touch with DNR, and luckily, catch the whole thing on camera.

The hounds kept the lion in the branches until DNR could arrive and jump in.

Amazing footage shows as the cat is tranquilized and begins to climb down the tree, trying not to succumb to the medication. The cat finally falls, Marty and friends are seen assisting DNR, holding out a tarp to catch the animal before lowering it to the ground.

“This mountain lion has been kind of a chore to be able to find it, very smart, young mountain lion. But they’re so beautiful, so we’re glad we caught it and we could just tranquilize it and relocate it,” said Scott Root with DNR.

Dozens of neighborhood residents came out of their homes to watch as the guys carried the cat into a cage waiting in the back of a pick-up truck. Kids and adults alike waited their turn to take an up-close look at the wild animal and snap a selfie or two.

DNR said they don’t know exactly why or how the cougar made its way into the neighborhood — but based on the cougar's behavior over the last few days, jumping in and out of backyards, they believe he was trying to find a way out.

DNR is now relocating the animal.

As for the city, “Riverton is safe and sound!” laughed Ellis.

DNR said it was incredible a resident was able to help them out and tree this cougar, of course, this was a special circumstance because of Marty’s training — if you encounter a cougar, DNR asks that you contact them immediately and follow their safety tips, which can be found HERE.