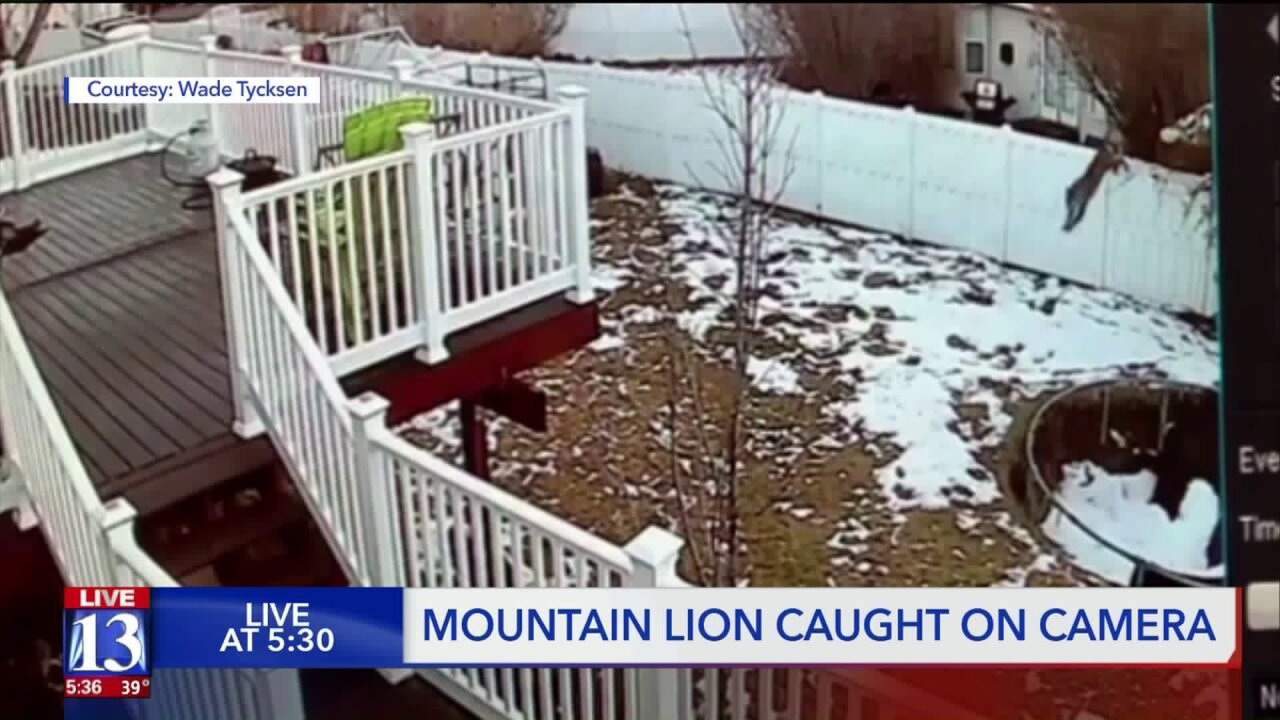 HERRIMAN, Utah -- Isabelle Velasquez and her dad Brandon were getting into the car to head to school Friday morning when an unexpected sight threw them for a loop.

“I had put the key in just to unlock it, and I heard a scrape go underneath the car,” said Isabelle Velasquez.

She turned around expecting to see a cat or a dog. It turned out, she saw a cougar.

“I heard her scream and I had seen out of the corner of my eye through the glass door just a shadow run by the side of my house. I thought she had seen a deer run past her,” said Brandon Velasquez. “She’s like, 'it had a big thick tail,' and that’s when it clicked in my head she had just seen a mountain lion."

“I was definitely not expecting that,” says Isabelle Velasquez.

Isabelle and her dad headed to school and called the DWR, but her mom went outside and took pictures of claw marks where the car was parked.

“Basically, what that means is they have normal activities. They just keep all the kids inside the building,” said Stromberg.

“It’s got to be the same one because it’s a block down from us,” said Brandon Velasquez.

Herriman Police teamed up with the DWR to try and track the animal down, but so far, they haven’t spotted it.

“Obviously it realizes it’s not in a good place. It’s trying to get out of the area but if it does end up in a garage or some other location please give us a call,” said DWR spokesman Scott Root.

Officials think it’s likely that the animal returned to the foothills surrounding Herriman, but if you do spot it, don’t approach and call 911 right away.

“Don’t try and contain it or engage with it in any way. You just never know. These animals are very unpredictable and they’re in an environment they’re not really used to,” said Stromberg.

If the DWR does track down the mountain lion, they plan to tranquilize it and move it to a better location out of the city.