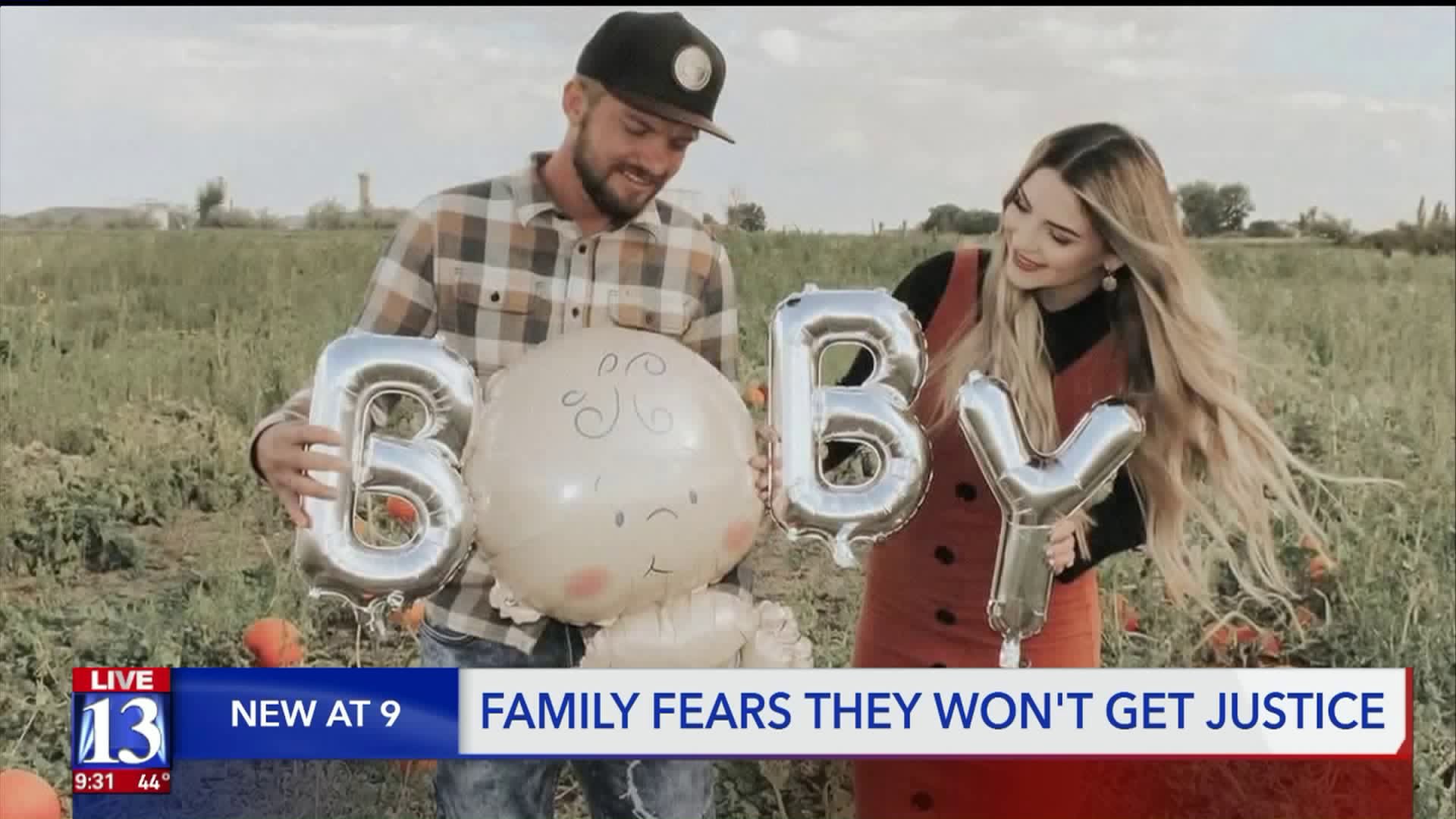 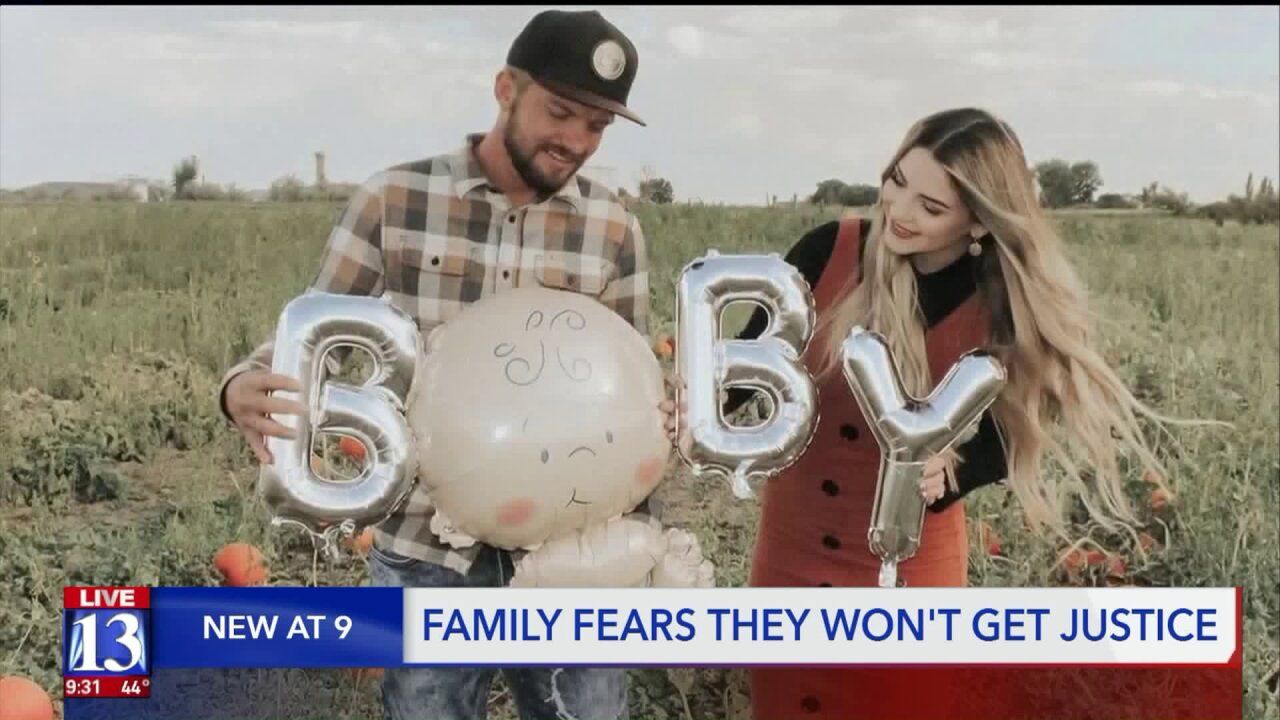 WASATCH COUNTY, Utah — The husband and family of a pregnant Duchesne County woman killed in a crash are in disbelief over what will happen to the man accused of causing the crash.

The family said they learned Tyson Uresti will no longer face charges in the death of 22-year-old Shantell Young.

A pregnant Young and her husband, Macoy Young, were headed east on Highway 40 in Wasatch County in late October when authorities said Uresti swerved and hit them head-on.

Uresti was accused of escaping state custody and stealing the vehicle he was driving.

Shantell and her unborn baby died in the hospital. Macoy is still recovering from severe injuries.

He said he had to re-learn to walk, and now has to do everything left-handed because he can no longer use his right hand.

The 25-year-old said he's now hundreds of thousands of dollars in medical debt, that he'll have to pay for.

From his neck hangs his and Shantell's wedding rings on a chain.

"I keep it on me all the time," Young said. "It helps me to kind of feel her presence a little more."

They remind him of the memories and life he and Shantell shared together. The couple was happily married and expecting their first baby-- a boy.

Young said they had just held their gender reveal the week of the crash.

"It's what every father dreams for, is to have a son," he said. "My life, it was perfect. Up until that day."

Young said he can remember the crash, and what happened right after it.

"Me and Shantell's car caught on fire, and [Uresti] didn't help. He ran and hid," Young recounted.

Not only would the family find out that Uresti allegedly absconded from state custody before the crash, but this apparently wasn't the first time.

According to court documents, Uresti was arrested for a similar absconding and vehicle stealing incident in May of 2018. Court documents stated that Uresti had run from the Utah State Developmental Center in American Fork, where he was staying due to a court order.

The center provides resources and supports people with disabilities.

Uresti faced a number of charges in the crash that killed Shantell and her unborn child.

This week, the court declared Uresti to be incompetent-- meaning the criminal case won't be moving forward.

"Those charges will not be on his record, like it never happened," said Heidi Brady, Shantell's mother. "That makes me really angry."

According to the competency ruling, the state will once again take custody of Uresti.

"He's going to be taken back to a facility in American Fork, that he's already escaped from twice," Brady said.

She said she hoped Uresti would be committed to the Utah State Hospital, and be placed on secure lock-down. However, she said she was told anyone deemed incompetent cannot be sent there.

For the family, this means they won't get justice and closure, and they said they are disappointed and terrified that Uresti is returning to the facility he is alleged to have escaped from.

In the competency ruling, the court urged the Department of Human Services and Division of Services for People with Disabilities, "to take all necessary precautions to ensure that Mr. Uresti will be unable to abscond and repeat the alleged behavior in this matter."

While the Department of Human Services could not comment on this specific case, they did issue this statement:

"Individuals with intellectual disabilities deemed by a court as not competent to assist in their own defense are not committed to a prison or lock-down facility. Private and public facilities exist to provide individualized behavioral and medical treatment programs within environmental controls like higher staffing ratios and delayed locks on doors, to reduce the risk of harm. Our primary aim in determining placement is always that of the well-being and safety of the individual, the staff who serve them, and the community."

A fundraising account has been set up to help the family, as Macoy continues to face mounting medical debt from the crash.