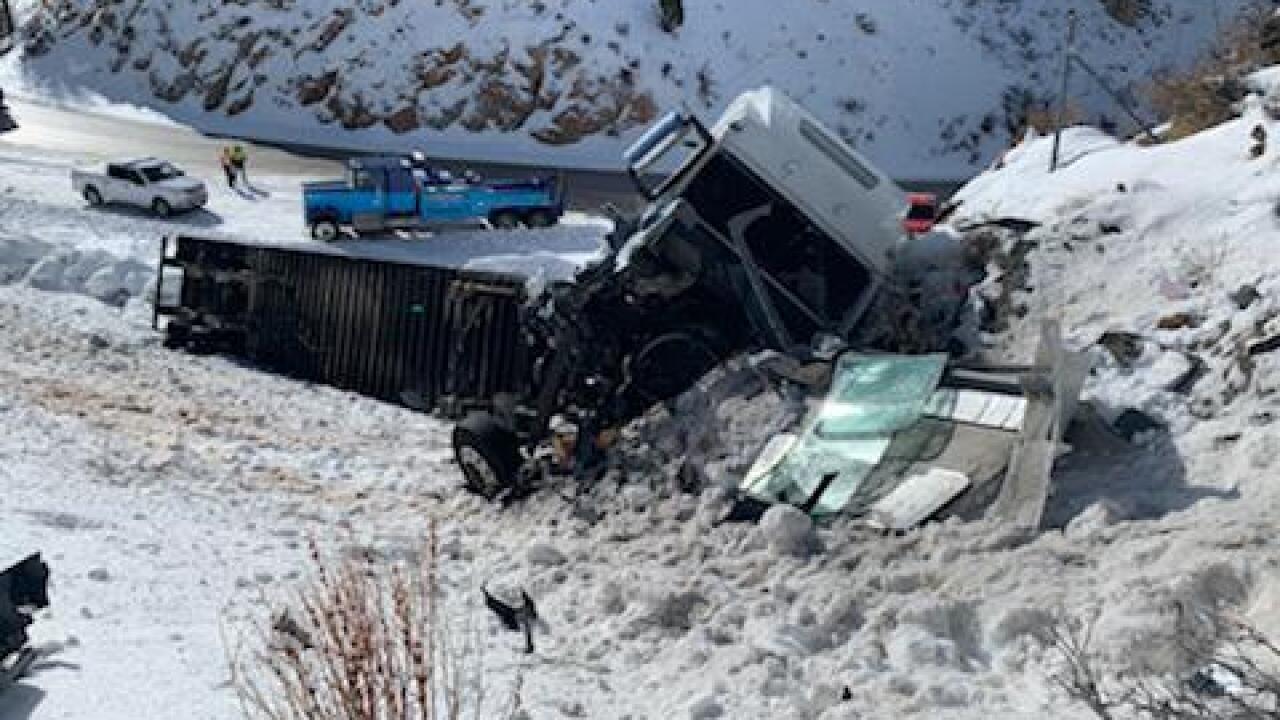 RICH COUNTY, Utah — A Rich County deputy is in serious condition after being struck by a semi while responding to an earlier crash Tuesday.

Utah Highway Patrol states a semi going too fast for the winter conditions rolled in Laketown Canyon  on Highway 30 near mile post 121 around 10:32 a.m.

As UHP investigated, a Rich County deputy was positioned east of the crash scene at a runaway truck ramp. The driver of another westbound semi lost control while coming down the steep grade and struck the deputy while the deputy was outside of his patrol truck.

The semi continued on, missing the truck ramp and striking some rocks.

The deputy suffered serious but not life-threatening injuries and was taken to Logan Regional Hospital.

The semi driver suffered minor injuries and was also taken to a hospital. UHP previously stated both parties were seriously injured but later corrected that information.

Officials said that as of 2:20 p.m. Tuesday, the canyon had reopened.

The roadway has been re-opened following this incident.

No further details were immediately available, Fox 13 News will update this story as more details emerge.

The crash comes as winter weather is hitting the Beehive State.