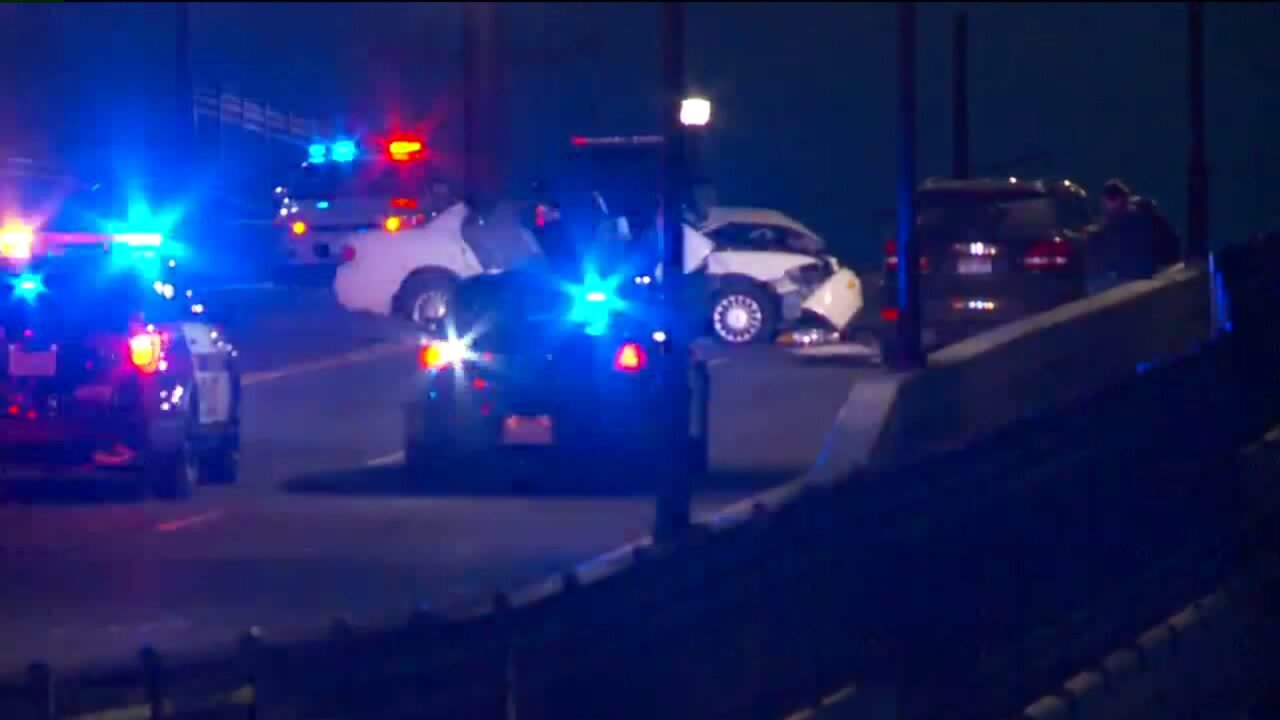 Officials said Monday four people were taken to hospitals after the crash, two in serious condition and two in fair condition.

The occupants of the eastbound vehicle had to be extricated from the car and were taken to a local hospital in critical condition, Tuesday’s update states. The driver of the other vehicle suffered minor injuries and was not taken to a hospital.

The driver of the eastbound vehicle was also processed for DUI, police stated. That person’s identity has not been released.