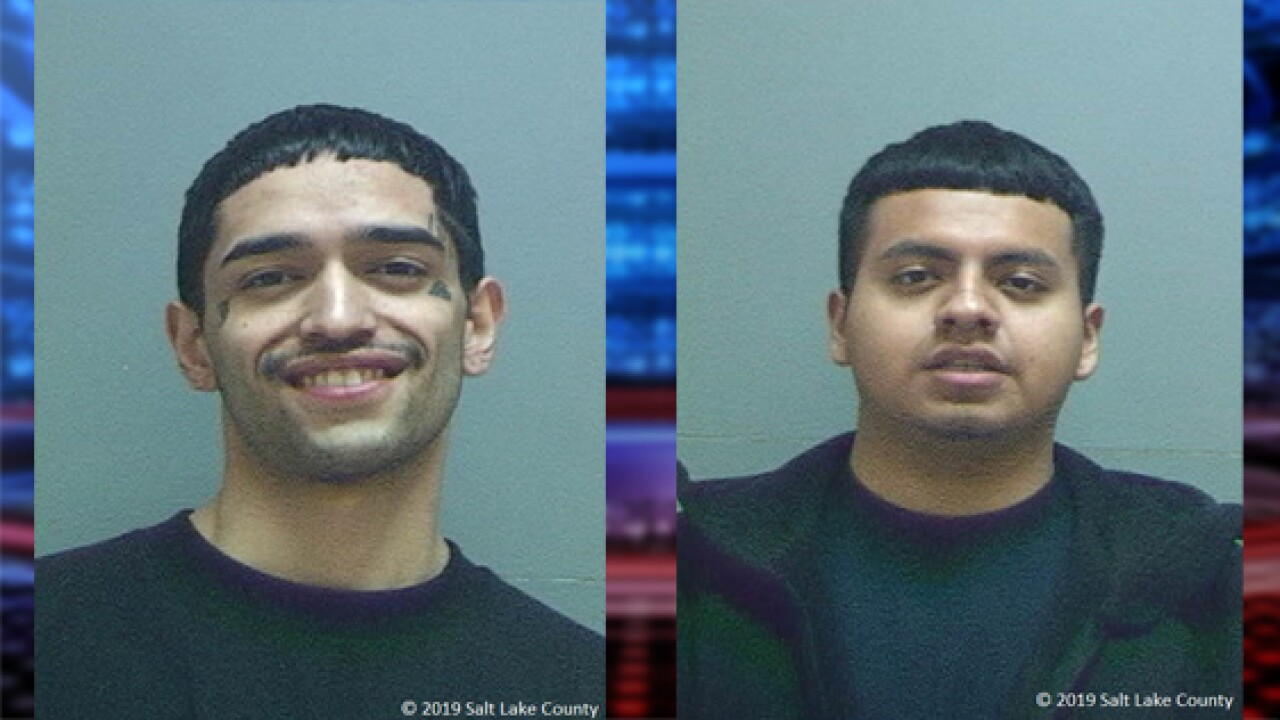 MURRAY, Utah — Two men from the Wasatch Co. / Summit Co. area have been arrested in connection with a shooting that occurred Sunday afternoon at Fashion Place Mall.

Det. Kenny Bass, a spokesman for Murray PD, identified those arrested as Jesus J. Payan-Mendoza and Jorge Luis Crecencio-Gonzalez, both 19.

Both were booked into jail on charges of attempted criminal homicide and felony discharge of a firearm.

Bass said everyone involved in the shooting was a member of one gang or another. It's unclear if Payan-Mendoza and Crecencio-Gonzalez were the primary instigators in the shooting.

Booking records indicate Crecencio-Gonzalez drove the vehicle that fled the scene of the shooting.

Bass said detectives and the Metro Gang Unit are working to identify and interview "all other involved parties".

One male and one female victim suffered injuries in the shooting. The male remains listed in critical condition at Intermountain Medical Center. The female was also taken to IMC, where she was treated and released.

According to Bass, the shooting occurred outside the mall following a verbal altercation inside the mall.

An alarm that went off around the time of shooting incident was unrelated, Bass said. He said the mall has had persistent issues with that alarm in recent days.