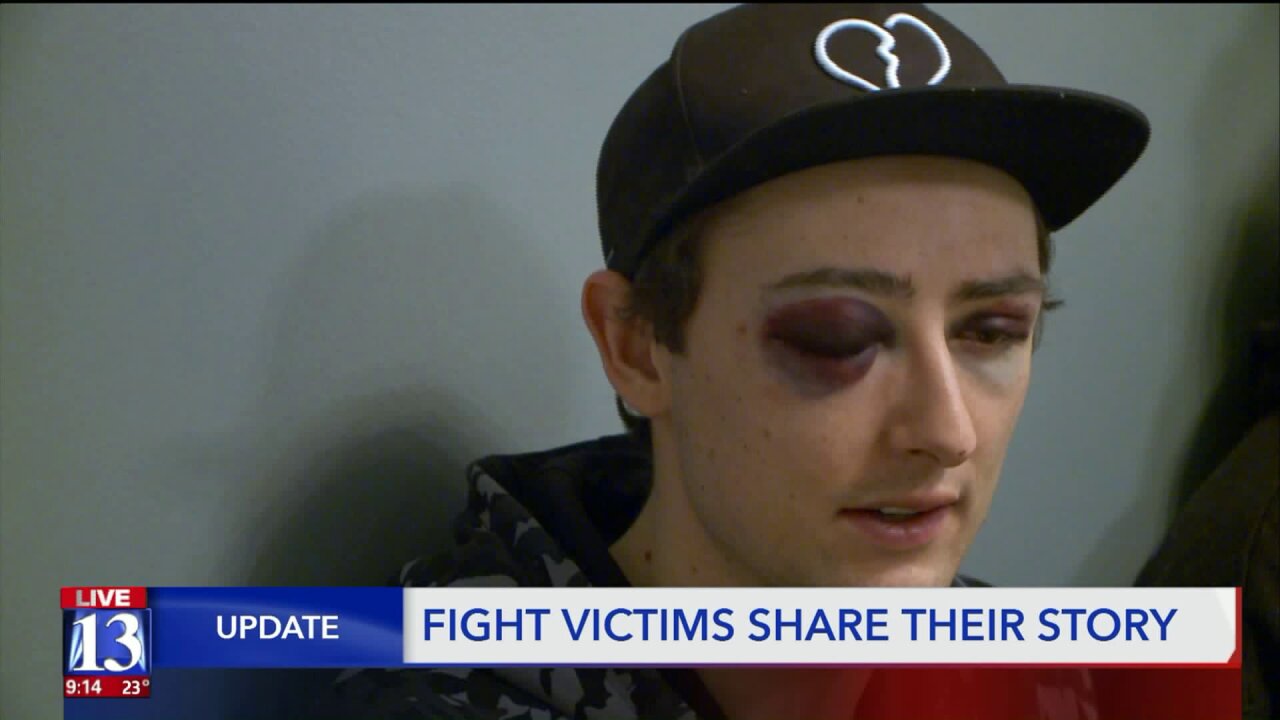 SALT LAKE CITY -- A violent street fight in downtown Salt Lake City over the weekend left Jess Woods with four breaks in the bones around his right eye.

“I got kicked so hard I just hit the ground,” said Woods.

Police are reviewing cell phone video of the fight. In it, you see several people scuffling on the Main street near the intersection with Market Street. Jesse Woods is being pinned to the ground. After the man holding him down lets up, he comes back and kicks Woods in the face.

“I got sick to my stomach the first time I watched it. It was disgusting,” said Woods, of the video documenting his attack.

“You could definitely face aggravated assault charges which is a second-degree felony,” said Sgt. Brandon Shearer with the Salt Lake City Police Department.

As of Monday, no charges had been filed, in part because police have not been able to identify the suspect who kicked Woods.

“Hopefully, someone will see the video and be able to recognize the suspect,” said Sgt. Shearer.

Woods was not the only one hurt in the altercation. One of his friends, Dino Rendic, broke his ankle while trying to break the fight up.

If you recognize the suspect or saw the altercation, you are asked to call Salt Lake City Police.