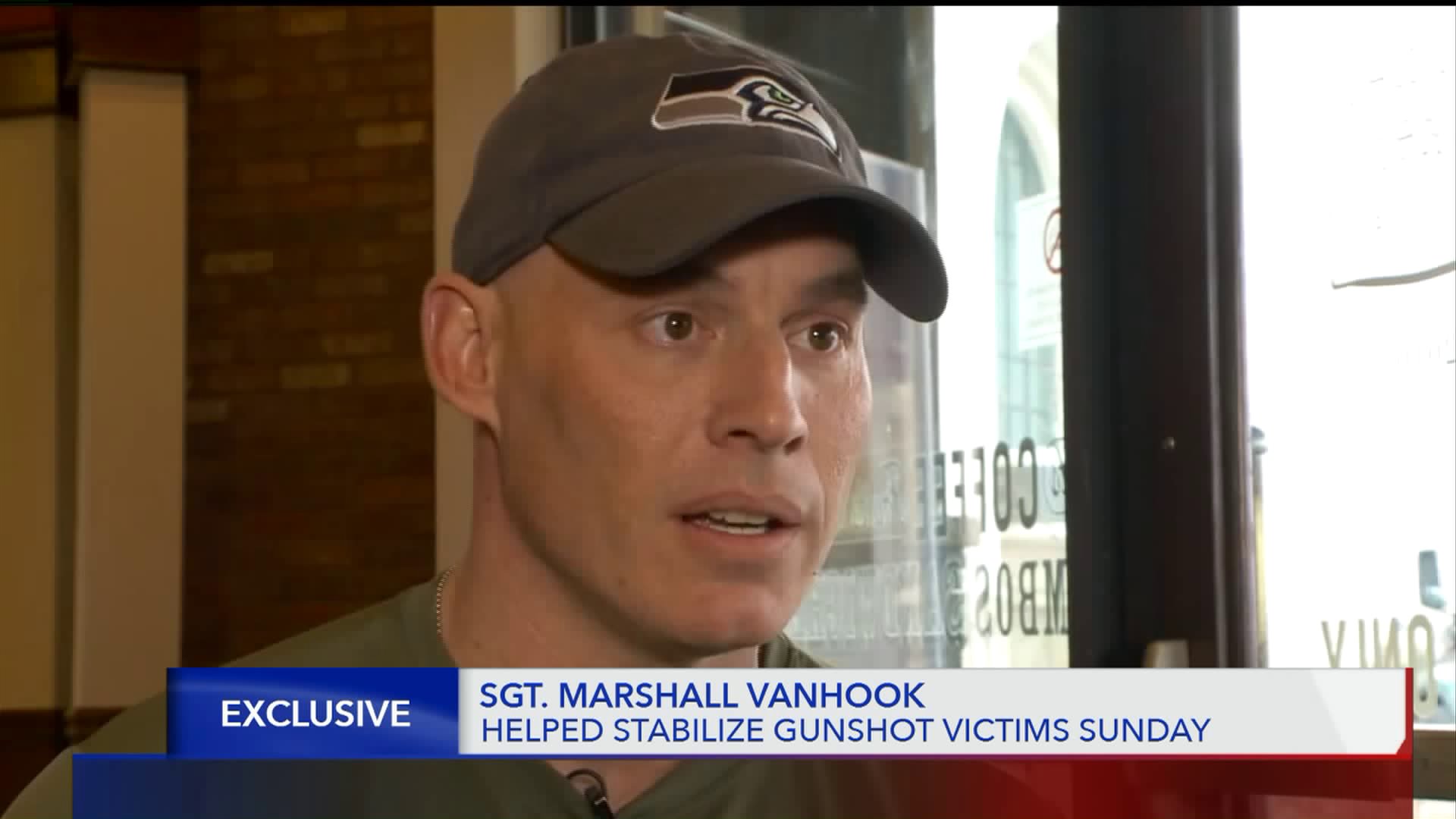 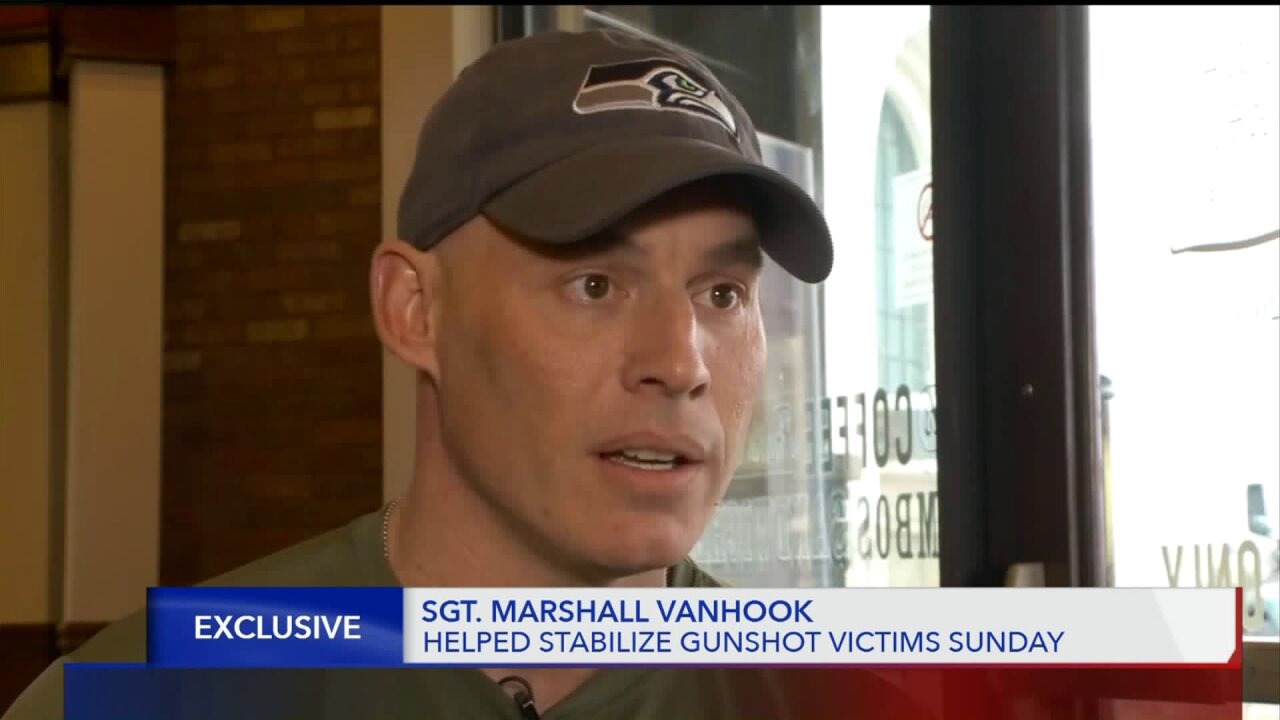 MURRAY, Utah — Marshall Vanhook, his wife and daughter were at Fashion Place Mall on Sunday afternoon when shots rang out around 1:30.

Vanhook and his family were there to get the girl's ears pierced for her fourth birthday when the shots were fired.

As others tried to get away from the area where the shooting occurred, Vanhook was one of the few people who ran toward the danger, to see what they could do to help.

After making sure his family was OK, Vanhook, a nine-year member of the U.S. Army,  ran to the site of the shooting, just outside one of the mall's entrances.

"When I got outside, I saw the victims and they were still standing. And then I ran towards the parking lot to see if I could catch up, get a description, find something, but it was like chaos out there - a lot of people running around," Vanhook said. "When I came back, that's when the female and the male [shooting victims] were starting to get down. The male said 'I think we've been shot' and I was like 'Yeah, man' and then put in work."

Vanhook used his belt to form a makeshift tourniquet for the female victim. The aftermath of the shooting, including Vanhook's assistance, was captured on cellphone video sent to FOX 13.

In the cellphone footage, Vanhook appears very calm as he attends to the female victim. But he told FOX 13 his heart was racing at the time.

Police have arrested George Luis Crecencio-Gonzalez and Jesus Joshua Payan-Mendoza, both 19, in connection with the shooting. Each of them faces charges of attempted criminal homicide and felony discharge of a firearm.